Museums can be many things: boring, exciting, or a convenient way to spend a few hours out of the rain or snow. But they can also provide a direct line to the soul of the city you’re visiting. The Tromsø University Museum falls under that last category. Northern Norway’s oldest research institution is made up of not one, but four museums – each of them showcasing a different facet of Tromsø’s cool (figuratively and literally) character.

It’s not just fictional Westeros areas that have great collective memory. The northern part of Norway is also making it its business to dig into the past, preserve knowledge and cultural heritage, and teach people the old ways. Since 1972, the main vehicle for these attempts has been the Tromsø University Museum, which nowadays constitutes Norway’s oldest research institution. The facility, which attracts 180,000 visitors on a yearly basis, comprises four museums: Tromsø Museum, The Polar Museum, MS Polstjerna, and the Tromsø Arctic-Alpine Botanical Garden.

One of the most awe-inspiring offerings of the conglomerate is definitely the Arctic-Alpine Botanical Garden. Voted by various media as “one of the top 10 gardens of the world,” this botanical garden will give you a chance to see how nature behaves above the Arctic circle. Think small but colorful species of plants and flowers growing among rocks and crevices, both local but also imported from areas such as the Himalayas and Patagonia. The garden is completely open-air, but there’s also a botanic station where you can get more information and see exhibits.

Probably the most interesting aspect of the botanical garden is the fact that you can see plants from South Africa in one corner, and snow-bed plants from Svalbard only a few meters away. To catch all the nuances, you can take a guided tour, where you’ll not only hear the fascinating stories behind each plant, but you’ll also get to taste some of them (a selection of wild berries and herbs). And the best time to visit? The flowering season starts in early May until October, when the snow arrives. The garden is open 24/7, so in the summer you can see the flowers under the Midnight Sun. 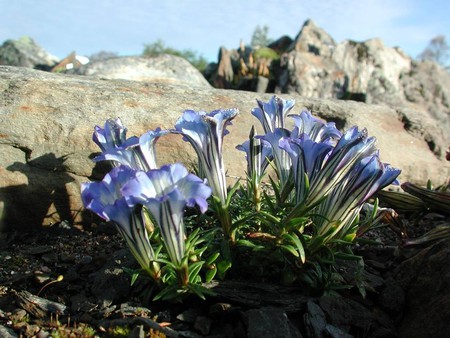 A slice of Arctic life

Apart from the botanical garden, you’ll find “exhibitions that provide insight in North Norwegian culture and nature” in the Tromsø Museum, stories about Arctic expeditions (Tromsø has been a key base for many polar expeditions since the 19th century) in the Polar Museum, and you’ll get a glimpse of Norway’s best-preserved sealing vessel, the MV Polstjerna. At the end of the day, you’ll leave the Tromsø University Museum armed not only with a better understanding of the city, but also of life in the Arctic circle in general. How many museums can do that? 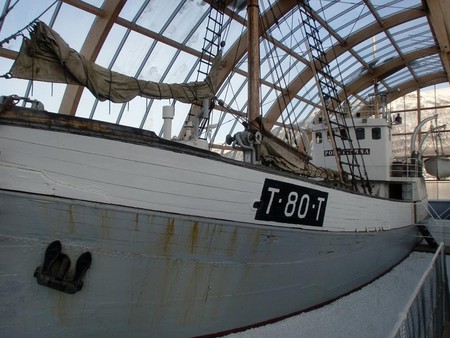