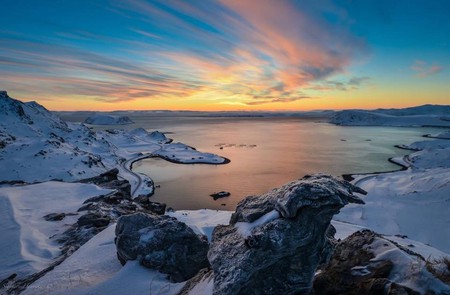 It’s officially considered the first day of spring – although Norway may seem like it hasn’t gotten the memo. And yet, with the Spring Equinox upon us on March 20, the light is officially winning and those long, Midnight-Sun fuelled summer nights suddenly don’t feel so far away. So whether you want to enjoy the snow a bit longer, or just find a nice cliff to stare at the (delayed) sunset, these spots below will literally put a spring in your step. 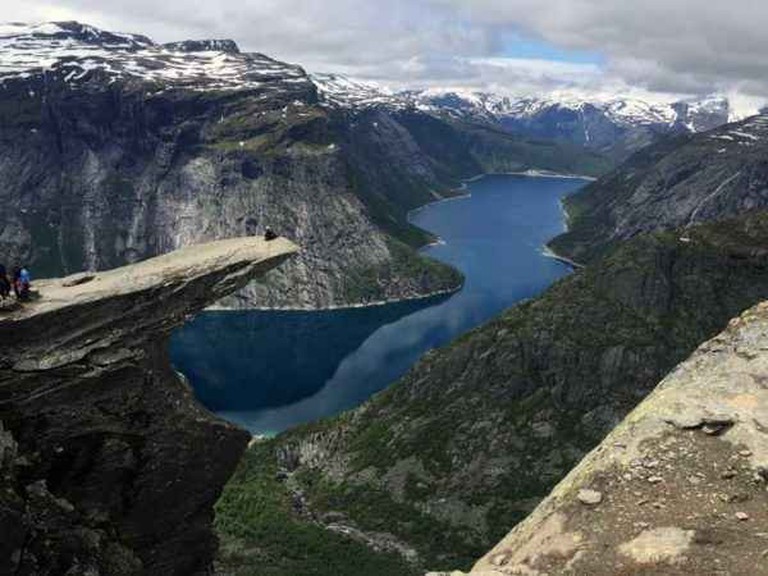 Trolltunga | © Viaggio Routard/Flickr
Trolltunga means “troll’s tongue” and is one of the most famous and scenic cliffs in the country, hovering 700 meters (2296 feet) above lake Ringedalsvatnet. It’s a challenging 10-12 hour hike that starts in Skjeggedal and goes through the high mountains, so you need to be mindful of your limits, as well as the weather. It’s not actually recommended to go there from mid-October to mid-March, so you’re just in time for the season.
Open In Google Maps
Trolltunga, Odda, Norway
Give us feedback 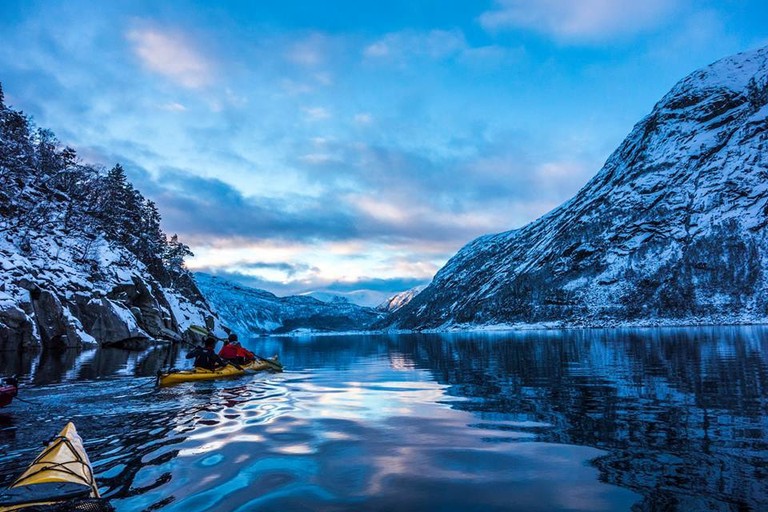 Sure, Trolltunga is a perfect vantage point to catch some extra sun rays. But do you know about Hardangerfjord, the third-longest fjord in the world, which dominates the region? Hardangerfjord flows along the Hardangervidda National Park, and the area’s breathtakingly beautiful fixtures include four waterfalls (in the Husedalen valley) and countless apple trees – the apples of the region are famed. You’ll be happy for the extra minutes of light to explore. 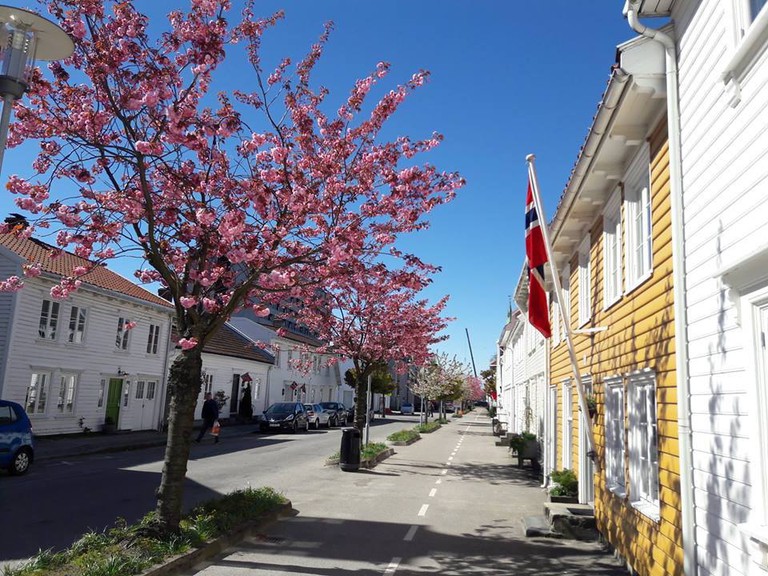 If you want to feel like the winter is really over, then you need to head south to Kristiansand. Thanks to its location, Kristiansand is a favourite holiday destination for Norwegians – it has a beautiful Blue Flag beach, tons of activities to do with your kids, and is just a ferry ride from Denmark. But even if you’re not a local, there are plenty of reasons for you to take a stroll through Kristiansand’s picturesque Old Town and explore its surroundings: from unleashing your inner child at Norway’s largest zoo and amusement park, to visiting interesting museums and exploring an 1800s manor. 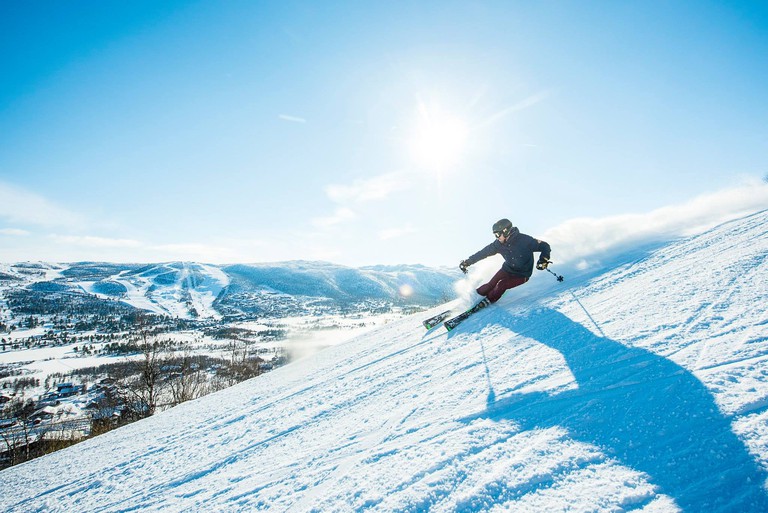 Skiing at Geilo | Courtesy of SkiGeilo

On the other hand, if you haven’t had your fill of snow yet (who are you, even?), there’s no better place to spend the day than in one of Norway’s many ski resorts. As one of the country’s oldest ones, there is a very strong (and proud) ski tradition in Geilo, a town about midway from Oslo to Bergen, in southern Norway. A great destination for a family and with many activities for children, SkiGeilo has 37 slopes that range from “beginners” to “black diamond”. The surrounding area is very interesting as well — Geilo is at the foot of two national parks, Hallingskarvet and Hardangervidda. 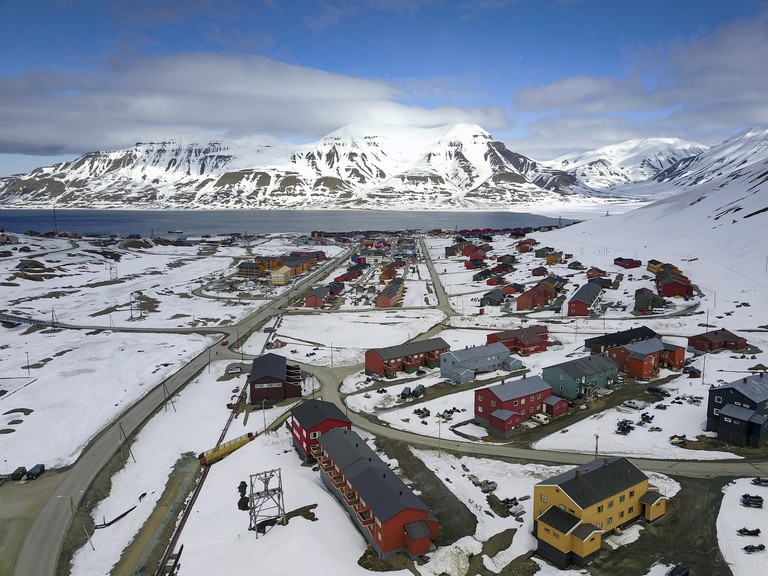 Longyearbyen is the largest and only town on Svalbard, the huge Norwegian island midway between the north of mainland Norway and the North Pole. Here, the return of the sun is such a huge deal it’s a week-long celebration – and although the celebration takes places on March 8, the whole month here has happy vibes that you shouldn’t miss. After all, what the little town lacks in metropolitanism it more than makes up for in mountains, starry skies and polar bears; Svalbard is the only part of Norway with wild polar bears, which with 3,000 specimen, actually outnumber the human population.

Open In Google Maps
Longyearbyen, Svalbard, Norway
Give us feedback 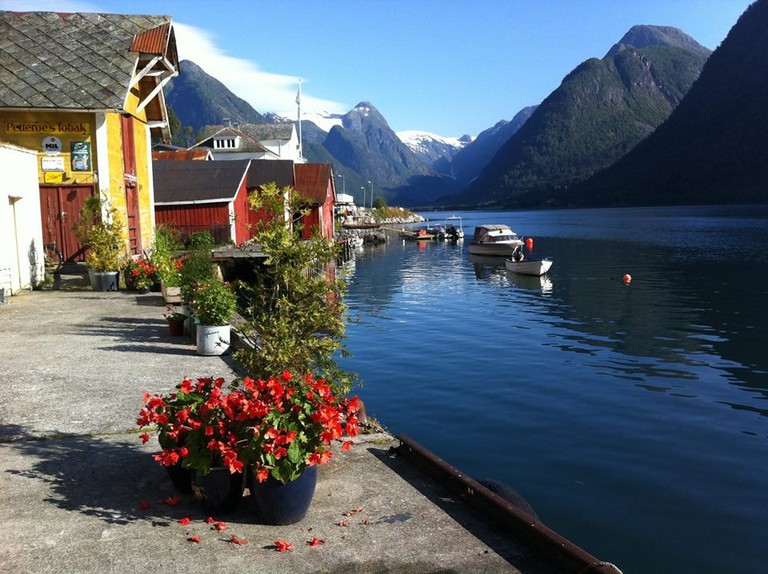 Mundal is a book town | Courtesy of Den norske bokbyen

More daylight = more reading time. If you’re nodding emphatically to this sentence, then you should head to Norway’s booktown. A small, remote village between a fjord and a glacier in Western Norway, Mundal only has 280 residents – but what it lacks in people it makes up in books. More than 150,000 used books are displayed promptly in various makeshift bookcases (from sheds and stables, to local banks and the post office), making every moment a perfect opportunity to turn the page. 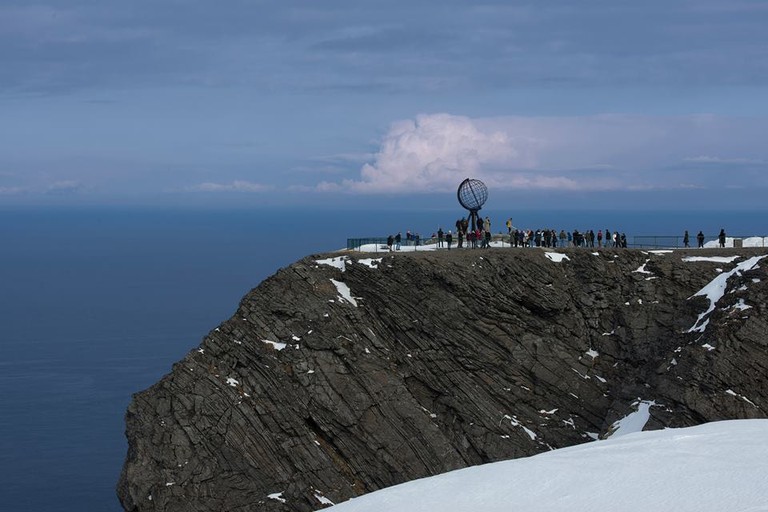 How about admiring the light from Europe’s northernmost point? Also known as the North Cape, in Western Finnmark, Norway. So far in the North, the only dry land between you and the North Pole is the Svalbard archipelago – so when you stand on the plateau, with its cliff face rising 307 metres (1000 feet) above sea level, looking down at the frigid waters of the Atlantic meeting the Arctic Ocean, you feel like you’re standing at the edge of the world. The light here is extreme anyway: in the summer, from mid May until the end of July, the sun doesn’t set at all — offering you the chance to enjoy the midnight sun, or a spectacular sunset over the Barents Sea. And if you stay until dark, you may catch the Northern Lights. 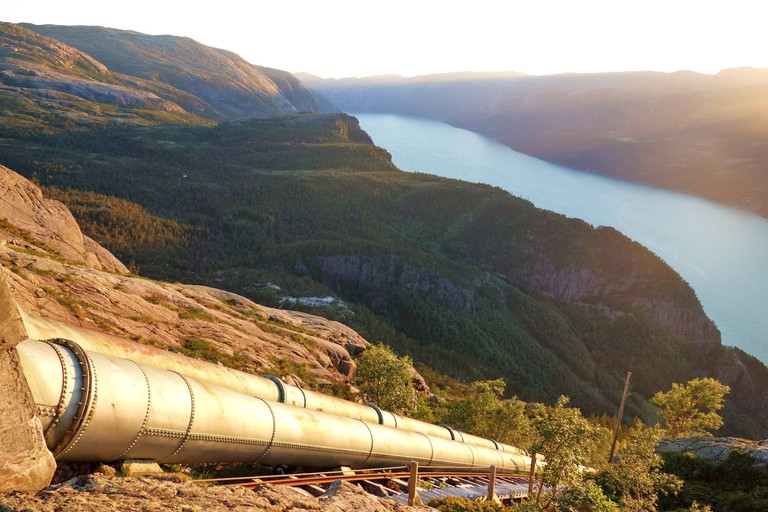 Deep into the spectacular Lysefjord, close to the Kjerag boulder, lies a roadless hamlet that you can only reach by ferry. Once you reach the hamlet, the real challenge begins: the world’s longest wooden stairway,Flørli, with 4,444 steps that lead right up the mountain, awaits you. It takes three to four hours to climb all 4,444 stairs to get to the top, so you’ll be thankful for the extra light. Some parts of the stairs are rather steep – but you’ll be rewarded with a bird’s eye view of the fjord, as you’ll be well above the tree line. 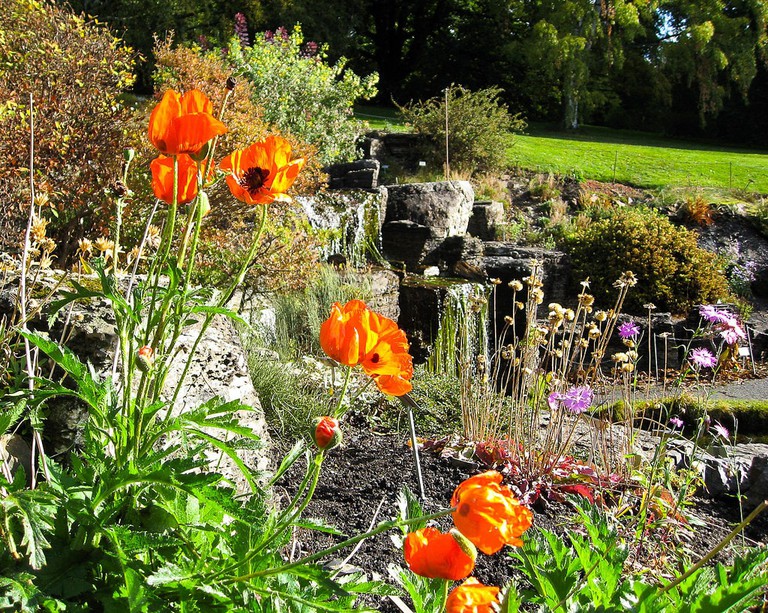