This Norwegian School Is Probably the Greenest in the World 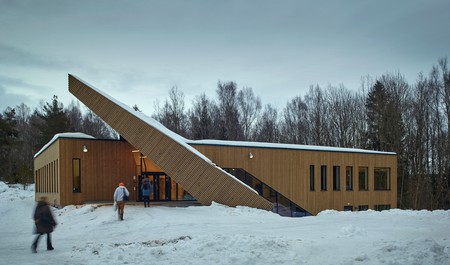 The Powerhouse Secondary School is now in use | Courtesy of Snøhetta

Quick, think of an iconic Norwegian building. Did you think of one? Was it the Oslo Opera House? Regardless, chances are it was designed by Snøhetta. The award-winning architecture firm is behind anything from the Oslo Opera House and the reconstruction of Times Square, to Europe’s first underwater restaurant and the world’s most environmentally friendly hotel (both in Norway). One of their latest works? A lower secondary school, which welcomed its first students this spring.

Drøbak is a small town, but with a big impact. Apart from being Santa Claus’ real birthplace, this picturesque coastal town on the Oslo fjord is also currently home to a Powerhouse building – the first one of an educational capacity. But what is a “Powerhouse building”? Basically a couple of environmentally-conscious companies – Snøhetta among them – banded together to create energy-producing buildings or “plus houses” that “60 years from now will generate more renewable energy than the amount of energy required to build them, sustain and demolish them”. For these kinds of buildings to be able to work, they must not merely take into consideration the environment, but embed it in the design. 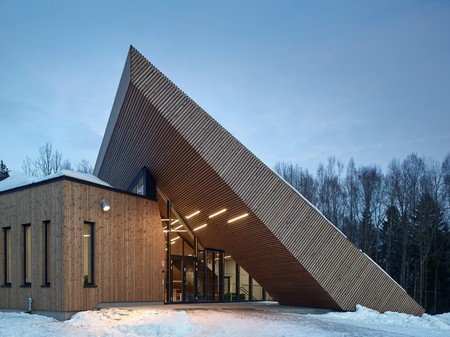 The Powerhouse Drøbak Montessori Secondary School was first commissioned in 2015. Surrounded by forest, it brings to mind something of a rustic fairytale, and the signature Snøhetta design in this case makes it even more whimsical in its minimalism. While designing it, successfully making it a Powerhouse was the main goal – although, of course, factors like the Montessori method of education, the area, and the tight budget were also taken into consideration.

The idea was to position the building close to the edge of the forest, which creates a large play area outside, helping the children connect with nature. The building is rectangular, allowing for ample space on the roof for solar panels (that face the sun at a 33-degree angle in order to achieve maximum effect of the solar cells), but it is also compact, which makes it easier for the energy wells beneath it to tap geothermal energy. The materials used are also contributing to the building’s low energy demand. But perhaps the most important contribution to the environment? A generation of students that will be taught the importance of creating and living in energy-positive buildings – just like the one where they’re currently taking their classes right now. 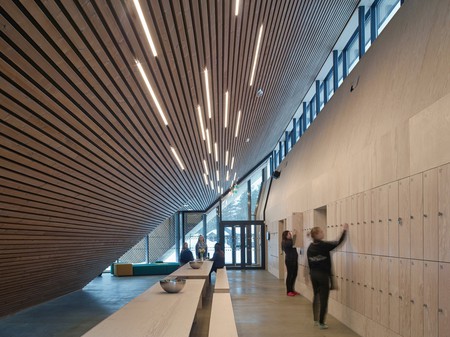 The school's interior | Courtesy of Snøhetta
Give us feedback