This Is Santa Claus' Real Village, Where It's Christmas All Year Long 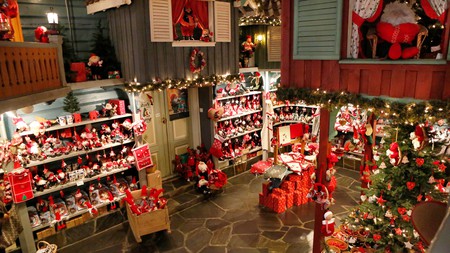 So you think you know Santa Claus? Don’t be so sure. For instance, did you know that Santa was born beneath a rock in Vindfangerbukta, north of Drobak, several hundred years ago? No? Well, that’s okay – the good people of Drobak, a charming town on the east side of the Oslo Fjord (just half an hour outside Oslo), are happy to tell you all about it. See, in Drobak, Santa’s presence can be felt everywhere, no matter what time of the year it is.

No one really knows how this tradition started, but Drobak is the only all-year Christmas town in Norway – and its twinkly, beating heart is definitely Tregaarden’s Julehus. Opened in 1988 in a building that dates back to 1877, the ‘Christmas House’ is every child’s (and nostalgic grownup’s) dream come true: a place where it’s always Christmas, even in the middle of the summer. In Julehus, you can shop Christmas ornaments and toys to your heart’s content, but also stock up on candles, tablecloths, napkins and everything else you can think of. Moreover, Tregaarden’s Christmas House has its own post office, so you can send postcards to your loved ones, adorned with a special stamp, when they least expect it. 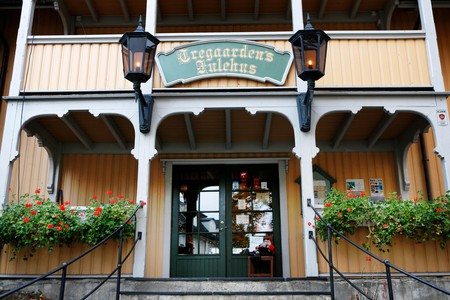 Watch out for Santa!

Speaking of not expecting something, here’s a fun fact: Drobak is the only place in Norway where the government has deemed it legal to have special signs on the streets that warn you to watch out for Santa. Although this is mostly done to enhance the city’s character as the homeland of Santa Claus, it is also somewhat accurate. See, there is a Santa in Drobak (well, technically, he’s Santa’s cousin) and you can find him at the Tourist Information Office by the main harbour. He visits in November and stays through December to monitor all the mail that is sent to Santa Claus. And there is a lot of mail! The walls of the office are completely covered by Christmas cards and letters from children across the world, so much so that you can hardly see anything else. But Santa is sneaky, and he will stop by once in a while during other times of the year as well – so if you’re lucky, you might get the chance to take a selfie with him. 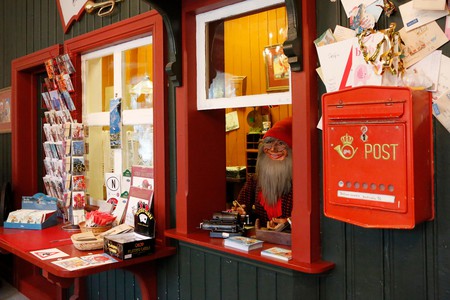 Not just about Christmas

Even if the idea of 365 days of Christmas doesn’t excite you (do you even have a heart?), there are many other interesting things to do in Drobak. The town has its own aquarium (situated in the same building as the Tourist Information Office), several art galleries and a wooden church that was built in 1776. However, probably the most impressive sight is a 10-minute ferry ride away: the Oscarsborg Fortress. Built in 1853 and named after King Oscar I, it played a crucial role in sinking a Nazi heavy cruiser during World War II. Add that to the fact that Drobak is only a short ferry or bus ride from Oslo, and you may have found your next favourite getaway. Ho ho ho! 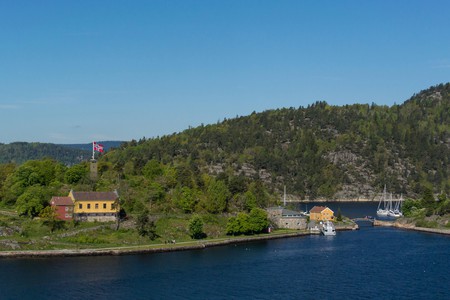