The Top 10 Things to See And Do in Grønland, Oslo

Oslo | © Beas777 / Shutterstock
Grønland is Oslo’s most diverse district. With a high percentage of immigrants, and an administrative connection to Oslo’s Old Town, this district truly showcases the juxtaposition between the old and traditional, and the new and international, influences of the city. Immerse yourself in culture, history and good food, or just take a walk through Grønland.

As a central area of Oslo’s immigrant population, the multicultural character of the district’s population is reflected in the cuisine. Wander the streets of Grønland and buy goods from all over the world. Colorful exotic spices, and locally sourced vegetables sit side by side. The international selection of food can also be seen in the variety of restaurants in the area. Turkish kebabs, Japanese sushi, trendy burgers, and traditional Norwegian fish dishes. This is a part of Oslo in which you won’t go hungry.

See a concert at Oslo Spektrum

One of Oslo’s largest venues, Oslo Spektrum houses 11,000 people and is a frequent host for spectacular events. They can range from large concerts with international rockstars, to military tattoos, the Eurovision Song Contest, as well as the annual Nobel Peace Prize Concert. Open since 1990, the venue is conveniently located in downtown Oslo. Have a meal in one of many restaurants in the area and get yourself tickets to a world-class event. 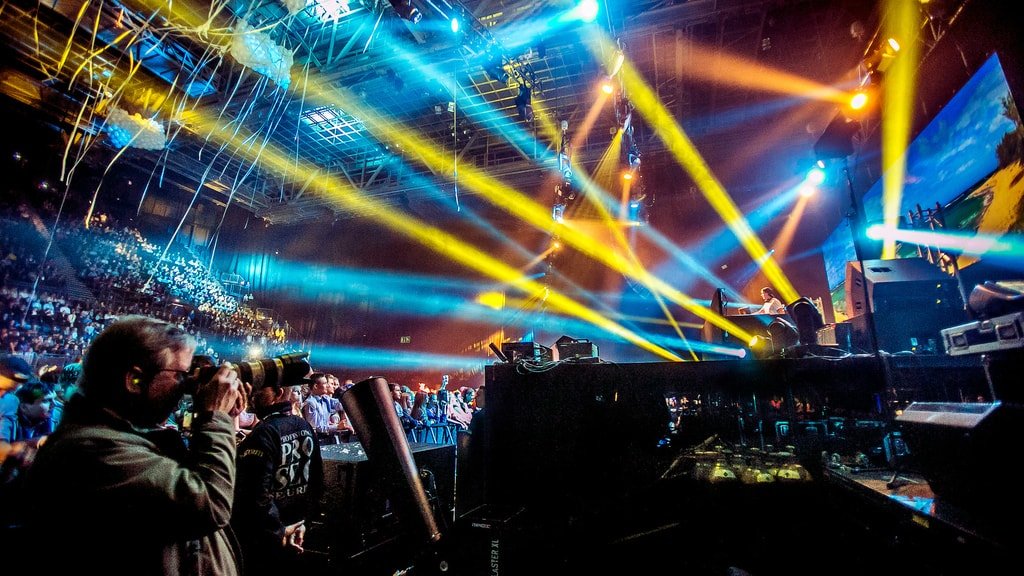 Museum
Frogner House is A Part of Oslo City Museum | © Kph/WikiCommons
A part of the Oslo City Museum, the Intercultural Museum aims to promote intercultural understanding and respect. Established in what was once an old police station, the museum has a permanent exhibition documenting the history of immigration in Norway, and cultural changes that have happened in the country over the years. Displayed in what was once prison cells, the museum also has a revolving exhibition of art, made by artists of different nationalities and backgrounds, to showcase a varied selection of traditional and contemporary art. The Intercultural Museum won the prize for best Norwegian museum in 2006 and offers a vital contribution to the coexistence of different cultures in such a diverse part of the city.
More Info
Open In Google Maps
5 Tøyenbekken, Gamle Oslo Oslo, Oslo, 188, Norway
+4722052830
View menu
Visit website
Visit Facebook page
Send an Email
Give us feedback

Sometimes called ‘the cathedral of the east end’, Grønland Church is the largest church in Oslo. Built in 1869, designed by Wilhelm von Hanno, the church has a capacity of 800 people. Grønland Church is a venue with very good acoustics and is frequently host to a wide range of concerts and events. The interior of the church is simple and distinctly Protestant, but as a part of an area of Grønland with older buildings, the church is a striking figure and a worthwhile pit-stop. 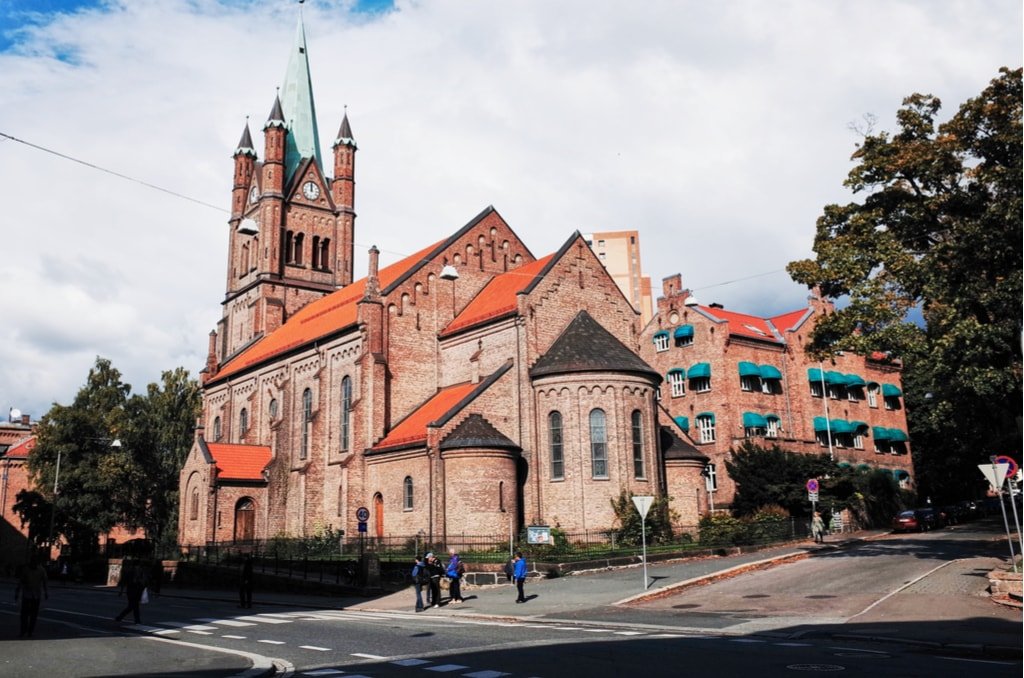 While Grünerløkka is perhaps the area of Oslo today most strongly associated with the creative endeavors, its neighboring district, Grønland, is not far behind. With an increasing number of galleries, this part of Oslo is starting to make its mark on the local art scene. Visit 1857, an artist-run gallery established in an old lumberyard, attempting to promote a connection between the Norwegian art scene and young international artists. Or take a trip to Galleri MAP, an exhibition space with revolving exhibitions on anything from musical photography to paintings inspired by Cuba.

The most obvious testament to the multicultural population of Grønland is the mosque in Åkerbergveien. Established in the middle of the 1990s, the Central Jam-e-Mosque is the second largest in the country with room for more than 700 people. Though the mosque is mainly concerned with giving tours to larger groups on request, the building’s exterior is beautifully decorated with Spanish and Iranian tiles, and calligraphy, in shades of blue. With its two minarets, this mosque has become a prime symbol of the diversity of Grønland.

Museum
Od fire truck | © The Municipal Archives of Trondheim/Flickr
Oslo Fire Museum may be a place worth a visit, if only as a curiosity. Aiming to document, as they themselves put it, Oslo’s ‘fire history’, this museum displays artefacts and objects from a long fire-fighting tradition. In the capital of a country where houses are dominantly made of wood, the Norwegian fire-fighter history is more comprehensive than many. Pay a visit to the Oslo Fire Museum, see veteran fire trucks, and learn something you never knew you wanted to know.
More Info
Open In Google Maps
32 Grønlandsleiret, Gamle Oslo Oslo, Oslo, 190, Norway
+4722686142
View menu
Visit website
Visit Facebook page
Send an Email
Give us feedback

A beautiful green lung in the middle of the city, Grønlandsparken is a park with a curious history as it has, since 1844, served as the front garden of the old Oslo Prison. The building in the middle of the park is now listed, but is still a part of the newer district prison just behind it. The park, commonly dubbed Botsparken, ‘penance park’, is a beautiful place for a leisurely stroll despite its history. Drink in vital pieces of Oslo’s history and be comforted by the fact that the prison is flanked by the Oslo Police headquarters.

The first urban settlements in Oslo were established around the year 1000 and efforts to make this area the capital of the Norwegian dominion were successful in 1314. Olavsklosteret is a monastery built in 1239 and is one of the many surviving ruins in the area. The ruins are a part of the ‘memory park’ where you can see numerous preserved buildings from one of the golden ages of Norwegian history.

The Norwegian Center for New Playwriting, Dramatikkens Hus, is a resource center for writers and performers of new Norwegian drama. The center works with playwrights to develop new plays and serves as a meeting place for artists looking to share their ideas. If you find yourself in Grønland and in need for entertainment, perhaps of the more unorthodox kind, take a trip to Dramatikkens Hus and see something completely novel. Works in progress are frequently performed and tickets are available at a fair price or completely free. 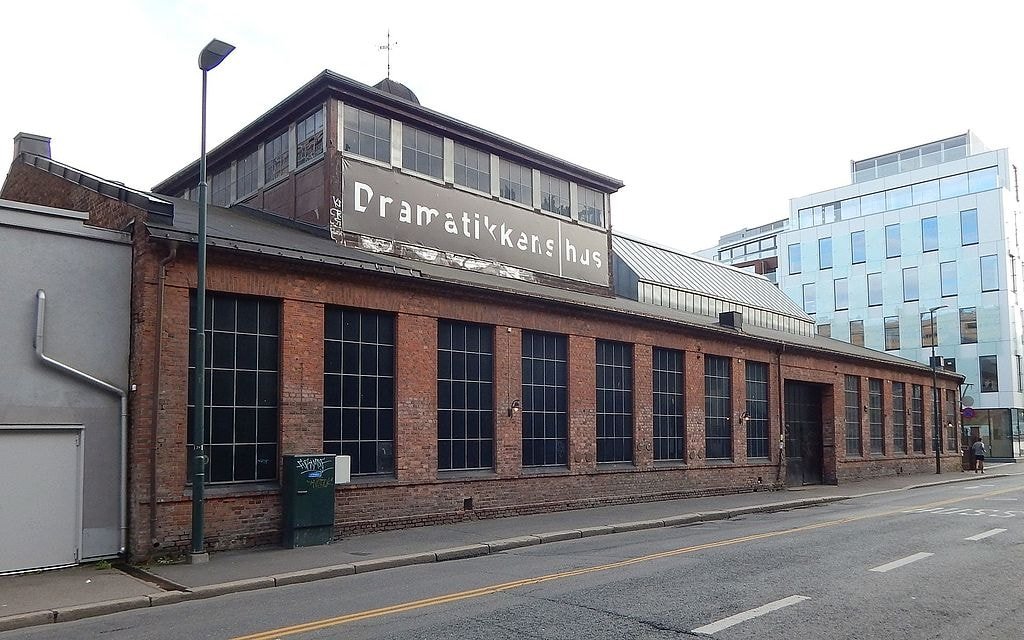