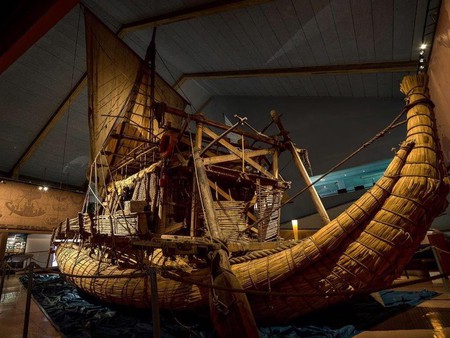 If Norway has one thing in abundance (apart from fjords), it’s explorers. A sea-faring nation ever since the Viking Age, Norwegians have often roamed the seas further than it was deemed possible at the time. One of these daring explorers was Thor Heyerdahl, who crossed the Pacific Ocean with a wooden raft just to prove it was possible; a man who believed that borders exist only in the mind of some people. This is his story.

A Renaissance man in 20th-century Norway

Writer, illustrator, photographer, archaeologist, ethnologist, explorer: Thor Heyerdahl’s curriculum vitae is beyond impressive. His fascination with nature, animals, and the natural sciences started from a very young age: at six years old, he was already drawing images of islands in the South Sea, certain that he would become an explorer once he grew up—and at 16, he was telling his classmates he would one day solve the mystery of Easter Island. He was right, on both counts.

His expeditions started on a local scale, exploring Norway’s mountain regions and writing for various publications—his articles being accompanied by his own photographs or line drawings and very quickly becoming an authority for outdoor enthusiasts. He was also studying zoology (at some point, he turned his father’s old brewery into a zoological museum, because that was the sort of person he was). But he always yearned for more and for the unknown. And when he met Bjarne Kroepelien, who had traveled in Polynesia and brought back to Oslo an extensive collection of books on the destination, Thor knew it was time to sail away. He just needed the right companion. 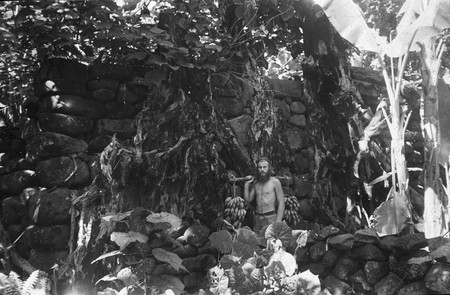 To the Pacific Ocean and beyond

When Thor met his wife, Liv, he very quickly realized they both shared a desire to escape Western civilization and to return to nature. As soon as they married, they sailed to French Polynesia and Tahiti, where they met with an indigenous Chief and made various discoveries that led to Thor forming a theory: indigenous South American peoples were the first to populate Polynesia, specifically Easter Island, he thought. But how to go about proving it?

When they returned to Norway, Thor found himself at odds with the prevailing Pacific Ocean research theories in the scientific community: the main argument against his idea was that the indigenous people of South America didn’t have sturdy enough boats (or rafts) that could carry them all the way to Polynesia. So Thor decided to build Kon-Tiki, a balsawood raft, and retrace their steps. He sailed from Peru with a crew of five men and after 101 days in open waters actually reached Polynesia—proving everyone wrong. 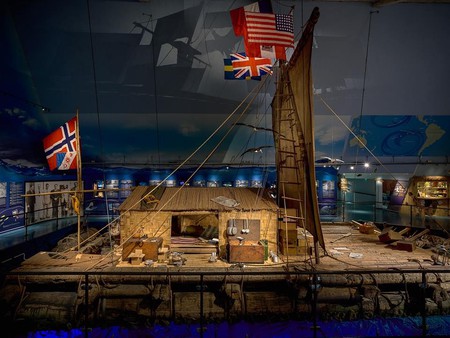 But although he proved it was possible to make that journey, he still needed concrete proof that the indigenous people of South America actually had actually made it. So of course, he sailed again—this time to the Galápagos Islands, along with two archaeologists, to carry out excavations. Among their findings were shards of prehistoric South American pottery and an Incan flute: Thor Heyerdahl was right.

And he didn’t stop there. A couple of years later, he sailed to Easter Island, where he discovered an engraving on one of the island’s iconic stone statues. The engraving depicted a boat with sails, similar to boats depicted on several objects in South America. During the same expedition, he also tried moving a 15-ton stone statue, upright, using rope—and succeeded, thus proving how the natives were transporting the statues around the island all those hundreds of years ago. And although his first claim (re: the first people to arrive on Easter Island) has now been disputed by more recent findings, Heyerdahl’s research into the island’s prehistory remains of incremental value. 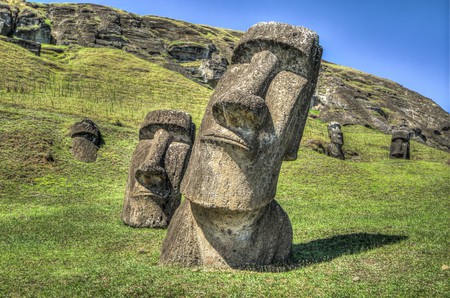 Heyerdahl took part in many more expeditions (the pyramids in Peru being one of them), but his biggest accomplishment is that he established a new methodology, which is now an accepted discipline: he’s the father of maritime experimental archaeology. He was also passionate about working towards global peace and fighting environmental pollution, both causes that took him all around the world in an attempt to share his belief that we are all, fundamentally, one people. In his later years, he became a scholar, publishing many books and over fifty scholarly articles.

It’s certainly hard to do justice to such a multi-faceted individual in a brief article like this one—thankfully in Bygdøy, there’s a whole museum dedicated to his life and his findings. The Kon-Tiki Museum is a must visit for anyone who’s interested in archaeology, as well as anyone who’s fascinated by the great explorers of this world and who understand that the things that connect us, as people, are more than the things that divide us. This is Thor Heyerdahl’s legacy. 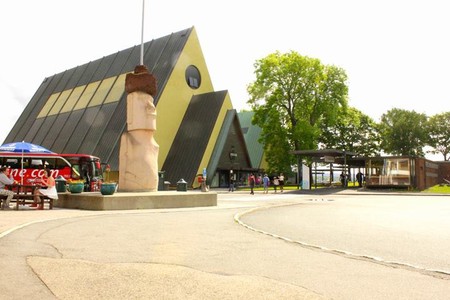