The Story Behind How Oslo Got Its Name 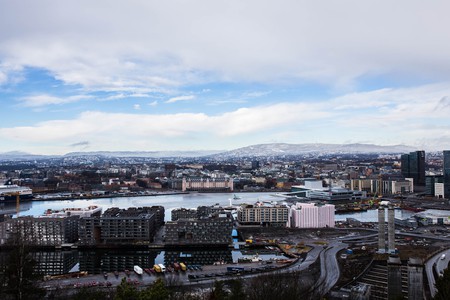 Óslo, Christiania, Kristiania, Oslo… It’s understandable to be a bit confused. Throughout the years, the Norwegian capital has changed its name (and its spelling) quite a few times – and every time, the change reflected that particular phase of the city’s history. Read on for a better understanding of all of Oslo’s names and nicknames.

The meadow of the gods

Back in the old days, names (even family names) actually meant something. Usually, they described a person’s appearance, profession, place of residence or affinity for something. And city names were no different. The earliest versions of Oslo’s name during the Middle Ages were spelled “Ánslo” and “Áslo” – “ás” (nowadays, “ås”) meaning “ridge” or “hill”. It was then believed that Oslo’s original name meant, “the meadow beneath the hill”, the hill being the Ekeberg ridge. That theory makes sense, since Ekeberg is an ancient place (wall carvings from the Stone Age have been found there) and the medieval town was more or less sprawling beneath it. But another slightly more poetic theory interprets Áslo as “the meadow of the gods”, linking the word “ás” to the Æsir gods.

Regardless of which theory better reflects the reasoning behind the city’s name, by the time it became the official Norwegian capital in 1314, the spelling had evolved to “Oslo”. 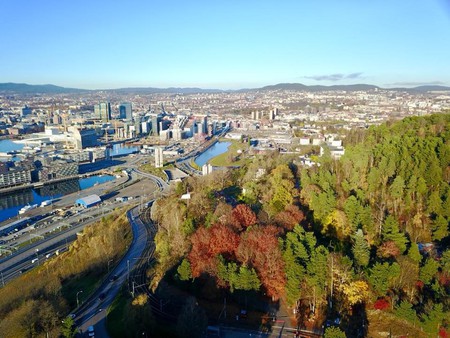 The fire that changed everything

Ever wondered why Oslo has such a young vibe, compared to the other Scandinavian capitals? It’s because all of its medieval parts, apart from the Akershus Fortress, was actually destroyed. In 1624, a big fire consumed the whole city. Seeing how only the Akershus Fortress remained unscathed, the king of Denmark and Norway at the time, Christian IV, decided to rebuild the city on the west side of the Akerselva, to bring it closer to the fortress. As it was a very common custom back then, he gave his name to the new city: Christiania.

In 1877, there was a country-wide spelling reform. Among other things, “Ch” was replaced with “K”, which resulted in the official name of the capital changing again, this time to Kristiania (around the same time, Christiansand was also renamed to Kristiansand). However, the name”Kristiania” didn’t last very long. 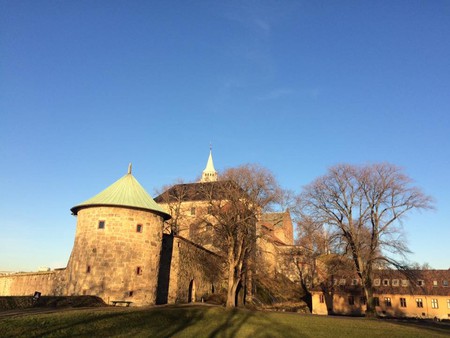 A return to the roots

By the time of Christiania’s 300-year anniversary, Norway was an independent nation and having its capital named after a Danish king suddenly felt wrong. Therefore after a motion brought forward by civil servants and tens of thousands of signatures gathered in the newspaper at the time, the law to bring back the original name of Oslo came into effect on January 1, 1925. But though King Christian IV moved the city west of the river, the eastern part wasn’t completely abandoned: it actually remained as a suburb mentioned on the maps as “Opslo” and later “Oslo”, outside Christiania’s gates. To avoid confusion, that part is now referred to as Old Oslo (Gamle Oslo).

To this day, you may still encounter the name Christiania in some signs and maps. You may also encounter the name, “Tigerstaden” (Tiger City), a nickname Nobel Laureate Bjørnstjerne Bjørnson gave the city in one of his poems the late 1800s, because he thought it to be a “cold and dangerous place”. Although more like a moniker than an official name, Tiger City still holds value among Norwegians. So much so, that at the city’s 1,000-year anniversary in 2000, a bronze tiger was unveiled outside Oslo Sentralstasjon – a tiger that has now become one of the most photographed icons of Oslo. To paraphrase Shakespeare, a city by any other name would be as exciting. 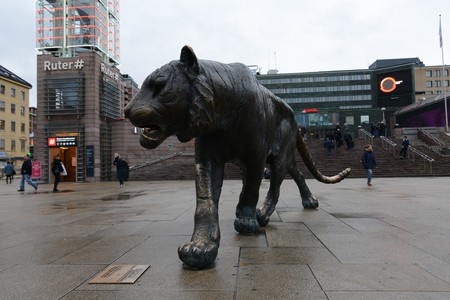