The Most Spectacular Places to Cycle in Norway 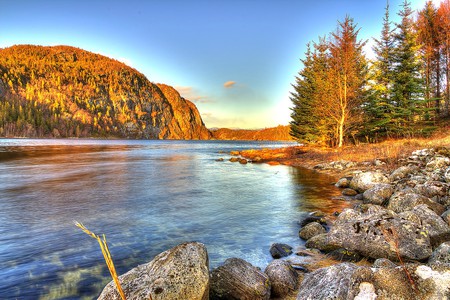 Norway is a huge and hugely beautiful country. It stretches over a distance equal to that from Denmark to Rome, so there is plenty of variation and diversity to find in the landscape, and plenty of breathtaking cycling routes of varying difficulty to explore all over the country. Here are just a few of the best, most popular and most beautiful places for cycling in a country of incredible tracks. We’ll start in the south and head north.

The southern coast of Norway may be slightly neglected as a tourist destination, but it is home to some of Norway’s smoothest landscape and most summery destinations with its beaches, mild climate and sweeping hills and fields. There are plenty of routes to choose from, many fairly smooth and straight-forward, and it is easy to follow the roads along the coast to experience some of Norway’s prettiest little towns and cities along the way. 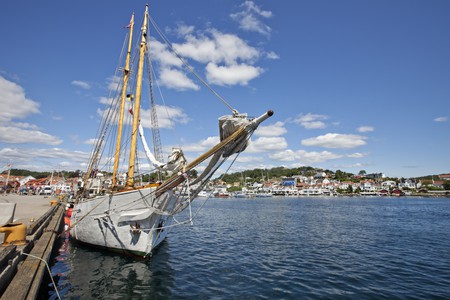 Have a look at cycling in Oslo, where you’ll find some very nice routes for different experience levels and different types of cycling. The availability of city bikes also makes Oslo a great place for a one-off cycling trip during a city break holiday.

The coastal area north and south of Bergen is home to some of Norway’s most spectacular fjords. Paint a rather imprecise triangle between Bergen, Haugesund and the Hardangervidda National Park and you have yourself some rather breathtaking views and endless opportunities for cycle routes of all experience levels. You can look up the ‘Sunnhordland‘ area for inspiration. 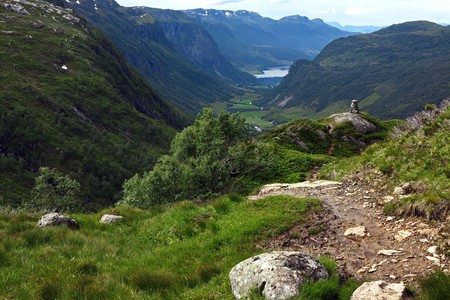 Geilo in mid-southern Norway is located in between Oslo and Bergen and is a station along the Oslo-Bergen railway line. It is best known as one of Norway’s best and most popular skiing destinations, but during the summer, the changeable landscape breaks out into wonderful colours and reveals interesting and varied biking routes, including both on- and off-road options. Geilo is part of three of Norway’s ten national cycling routes.

Although it’s technically part of the Geilo area, this route deserves a note of its own. Rallarvegen (“The Navvies’ Road”) was constructed as a supply line during the building of the Bergen-Oslo railway around the turn of the 20th century. The route takes you along the railway line, one of the most beautiful in the world, and lets you have a closer look at the incredibly hard and detailed work it took to build this railway 1,000 metres (3,280 feet) above sea level more than a century ago. Most importantly for cyclists, however, Rallarvegen has been lauded as Norway’s most beautiful road for cycling numerous times, including by Norway’s national cyclist association. It makes for quite a dramatic and strenuous ride on certain stretches. 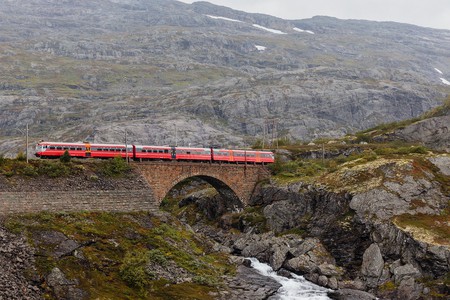 Oppdal is one of only two landlocked counties in Norway, providing an interesting alternative to the coastal routes and areas. It is one of the largest counties and another popular skiing destination. Its size allows for good variation in the landscape. It is known for its mountains, but these come in all shapes and sizes, and many of its most popular mountain routes are actually fairly gentle. Of course amazing views abound. 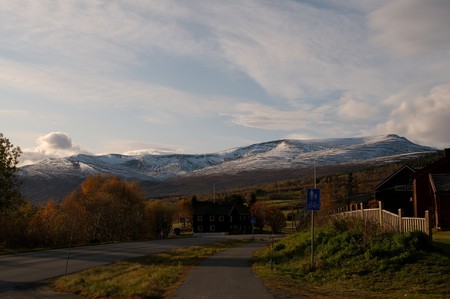 On the coast roughly between the cities of Ålesund and Trondheim you’ll find Smøla, the biggest and northernmost island in the Møre and Romsdal region. Traditionally known for its fishing, this is the best place in mid-Norway to see white-tailed eagles. The roads and bike tracks are quite flat and easy-going here, making it a great place for the whole family. 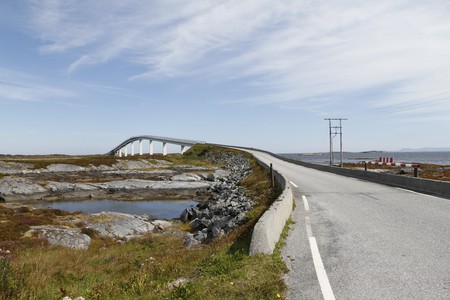 Helgeland is the southernmost region of northern Norway, located just under the Arctic Circle. It features some of Norway’s best nature but is relatively unknown internationally, perhaps due to the lack of well-known cities in the region. The mountains, left more or less untouched, are great for hiking and include the Seven Sisters mountain chain, Helgeland’s best-known landmark. The coast, meanwhile, is excellent for cycling with its many well-connected islands, white beaches and pirate-like bays.

Another place that’ll guarantee you great views where ever you look is the Lofoten Islands. Thanks to the Gulf Stream, these northern islands are significantly warmer than other places along the same latitude, e.g. Siberia, and the climate may even be described as mild. Lofoten has a fascinating history dating back to the Vikings at least and some of the best nature and wildlife in Norway. Their traditional trade is fishing, and many of these little villages are still there for you to stop off at and explore along the way. Bikes can be rented from the little Stokmarknes Airport. Many of the routes have the excellent benefit of staying on the decently flat roads and taking in the mountains in the distance, but you can mix it up if you fancy something more challenging. 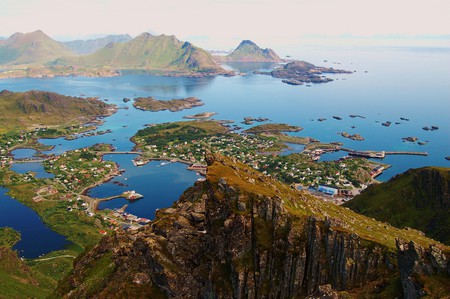 Located just to the east of Tromsø, the northernmost city in the world, Lyngen is a sparsely inhabited area with an interesting history of Sami people, Norwegians and Finnish migration to the area. Nature-wise, the landscape combines grassy meadows with mountains stretching up to 1,800 metres above sea level. The area is popular with extreme skiers in winter and makes for some challenging mountain biking as well as road cycling. 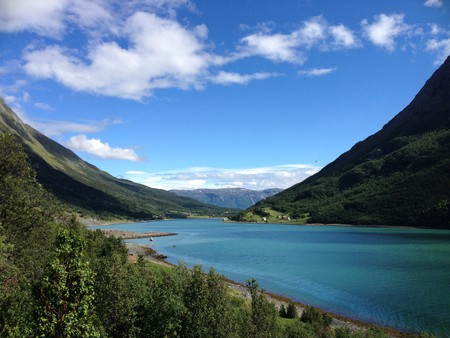 Finnmark makes up the northern and eastern-most county on Norway’s mainland. It shares a border with Finland and Russia and is one of the most undisturbed regions of Norway, which means very little traffic on the roads. It is worth noting that Norway’s roads are very well-maintained in general, including in more peripheral areas, and that many of the roads outside of the big cities have relatively low levels of traffic, great benefits for cyclists. Finnmark gives you the chance to cycle to the northernmost point of mainland Europe and further east than St. Petersburg and Istanbul. Its varied landscape includes a more northerly coastline complete with fjords, whales and eagles, while the inland areas provide both more hilly and plain-like areas as well as mountainous regions. 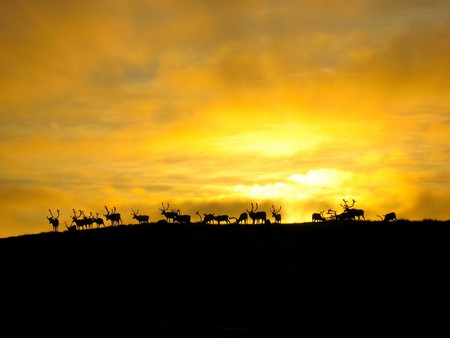