An Art Lover's Guide To Oslo

Through an art tour of Oslo’s past and present, we look at must see venues for all art enthusiasts, from museums and galleries to sculpture parks, which reveal how the Norwegian capital has defined itself as an artistic hub in Scandinavia. 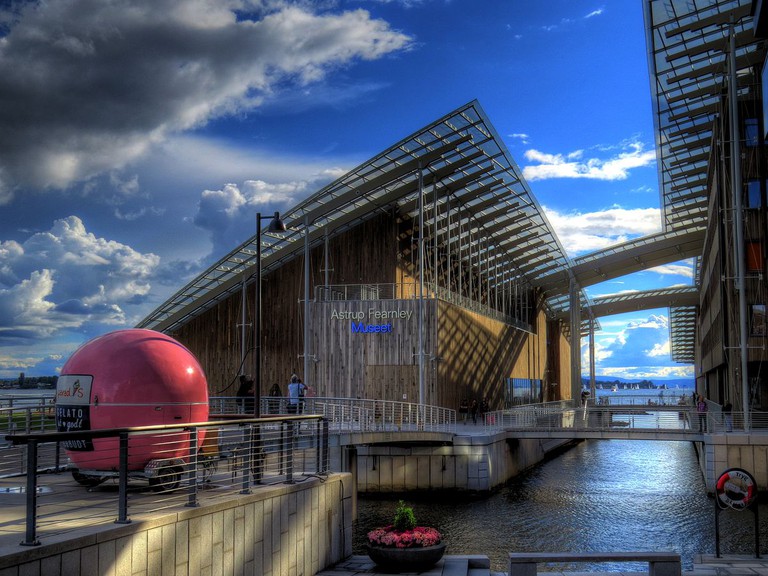 Astrup Fearnley Museum of Modern Art | © Mentalmelt/WikiCommons
Newly relocated to a stunning building complex designed by internationally acclaimed Italian architect Renzo Piano, the reopening of the Astrup Fearnley Museum in 2012 brought the world’s attention to Norway’s capital. The museum presents an awe-inspiring example of the way art, architecture and its surroundings can interact. It is located in Oslo’s harbor, where the city stretches into the Fjord, and its outdoor sculpture park displays works by internationally celebrated artists. The temporary exhibitions inside present works by some of the world’s leading practitioners in several unique spaces within the museum’s three buildings.
Open In Google Maps
2 Strandpromenaden, Sentrum Oslo, Oslo, 252, Norway
+4722936060
Visit Website
Give us feedback

The National Gallery was founded in 1837 and is Norway’s largest public collection of paintings. The opening of the gallery can be seen as a significant step in Norway’s cultural history, representing a celebration of Norwegian art which would help fuel Norway’s independence from Sweden in 1905. Today the gallery holds tens of thousands of works from both Norwegian and international artists, and one of the many highlights is Edvard Munch’s The Scream. 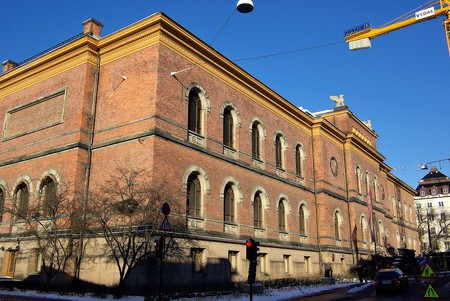 The Museum of Contemporary Art

Oslo’s Museum of Contemporary Art presents temporary exhibitions of loaned works and items from its collections, utilizing its permanent displays to show some of its treasured pieces. Opened in 1990, the museum was founded with the aim of chronicling post-war Norwegian art, and today its exhibited artworks spread across a vast range of mediums. The Art Nouveau-inspired building it is housed in was built in 1907 and was designed by the Norwegian architect Ingvar Olav Hjorth. Further highlighting its national pride, this stunning building is made from Norwegian granite and marble.

Norwegian National Museum of Architecture | © Annie Dalbéra/WikiCommons
Architecture has an important place in both Oslo’s contemporary identity and Norway’s cultural history. The National Museum – Architecture presents items that celebrate this significance, both past and present. Set in a building that fuses classicism and modernist aesthetics, the museum describes its architecture as ‘an encounter between Grosch and Fehn, Norway’s most important architects of the 19th and 20th centuries respectively’. Through its various exhibitions the museum displays photographs, models, historic documents and other items that will enlighten architecture enthusiasts of all ages.
Open In Google Maps
4 Bankplassen, Sentrum Oslo, Oslo, 151, Norway
+4721982000
Visit Website
Give us feedback

The Museum of Decorative Arts and Design

Museum
Facebook
Email
Twitter
Pinterest
Copy link
Share
Map View
Scandinavian design is internationally sought after and The Museum of Decorative Arts and Design in Oslo is one of the best places in the world to appreciate it. With a long history dating back to 1876, this design museum was Europe’s first, and its displays tell the fascinating journey of design and craft throughout the ages. The permanent exhibitions are presented in sections such as ‘Design and Crafts 1905–2005’ and ‘STYLE 1100–1905’, and the items and artifacts highlight design trends from all over the world.
Open In Google Maps
1 St. Olavs Gate, Oslo, 165, Norway
+4721982000
Give us feedback

The Norwegian Center for Design and Architecture (DogA) was founded in 2005 to act ‘as a meeting place for design, architecture and related subject areas’. The center is home to the Oslo Architecture Triennale, which takes place every third autumn and lasts for 10 weeks. Today the center is a significant venue in Norway’s design and architecture industries, and the exhibitions and conferences held here feature the work of the best practitioners in the country and around the world. 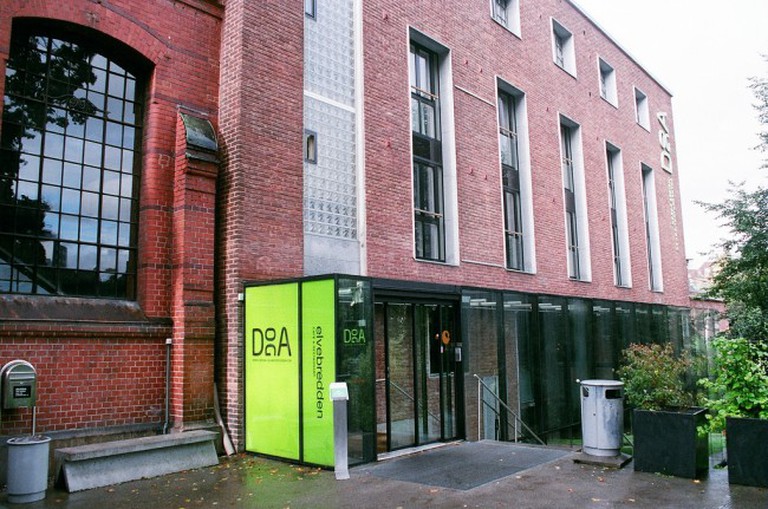 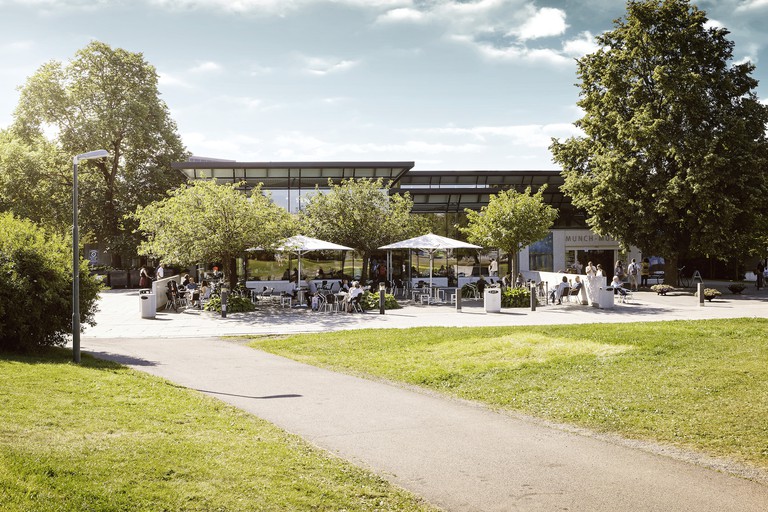 Munch Museum, Oslo | Courtesy of The Munch Museum
The Munch Museum holds the world’s largest collection of Edvard Munch’s work, culminating together as almost 28,000 pieces, as well as items that belonged to the great artist and his private library. Inspiring and enlightening, this museum offers an unrivalled insight into one of history’s most famous artists.
Open In Google Maps
53 Tøyengata, Gamle Oslo Oslo, Oslo, 578, Norway
+4723493500
Visit Website
Give us feedback 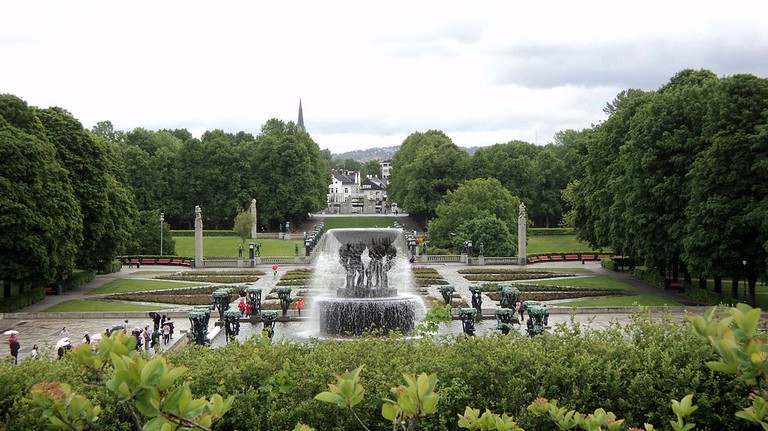 The fountain in Vigeland Park | © Nickrds09/WikiCommons
The Vigeland Park is another iconic site that proves Oslo’s status as an art capital. The largest sculpture park in the world made by a single artist, the park is peppered with over 200 works by Gustav Vigeland. The sculptures are made from bronze, granite and wrought iron, and each evokes deep emotional reactions from their viewers. Vigeland had a unique contract with the city of Oslo, bequeathing all his works to the City Council in return for the right to use a studio until his death. After he passed away in 1943 the studio was reopened as the nearby Vigeland Museum, while the park was mainly completed between 1939 and 1949. Today both the museum and the park stand as tributes to the productivity and imagination of this great artist.

Oslo is also home to lists of fantastic independent galleries that are scattered across the city. Tjuvholmen is a cultural hub that is home to a handful of standout galleries such as Galleri Riis, Galleri Brandstrup and Pushwagner Gallery. Other noteworthy institutes include Galleri Maria Veie and Kunsthall Oslo.
Open In Google Maps
32 Nobels gate, Frogner Oslo, Oslo, 268, Norway
+4723493700
Visit Website
Give us feedback
Give us feedback