10 Best Things To Do And See In Frogner, Oslo

Home to the most expensive real estate in the entire country, as well as a Michelin star, Frogner has earned its reputation as the epicenter for Oslo’s affluent West End. Just a short walk, or tram ride away from the most central parts of Oslo, this borough stretches from the royal palace, up through the magnificent Frogner Park. Take a walk in the park, have a great dining experience or admire 19th century buildings on sale for millions of Norwegian kroner. 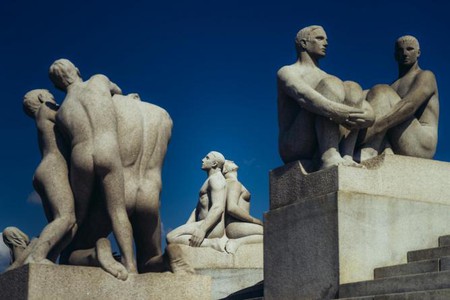 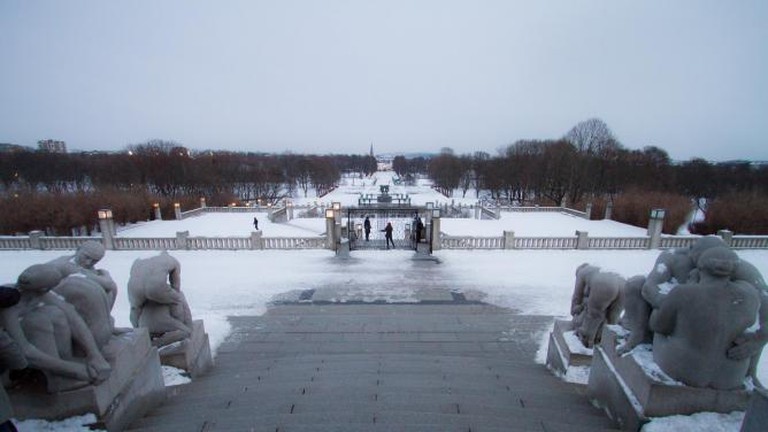 Frogner Park | © Claudia Regina/Flickr
A gigantic green lung covering almost 500,000 square meters in the middle of the city, the Frogner Park is a great place for a relaxing stroll, or tranquil picnic. If you want to see more than greenery however, visitors have free access to the Vigeland installation – the largest sculpture park in the world created by Gustav Vigeland. With over 200 bronze and granite sculptures depicting the human condition adorning walkways, and the eye-catching Monolith towering on the top plateau, the Frogner Park is a spectacular attraction in both the summer and winter seasons.

A natural progression from a walk through the Frogner Park and the Vigeland installation would be a visit to the Vigeland Museum. Situated across the road from the park’s main gates, the museum recounts the process of the man himself, Gustav Vigeland, and how he went about realizing his enormous project. Originally Vigeland’s dwelling and atelier, the museum now displays 1,600 sculptures, 12,000 sketches, woodcuts, letters, plaster casts, models of existing statues as well as a fascinating miniature of the park itself.

The Scandinavian climate offers seasons of incredible contrasts with cold winters, but equally warm summers, thanks to a visiting Gulf Stream. Should you be so lucky as to find yourself in Oslo and Frogner on one particularly hot summer’s day, Frogner Open-Air Public Bath is a perfect place to spend a few cooling hours by the pool, take a turn on the waterslide or lounge in the sun. Like so many things in this area, the Public Bath is situated in connection with Frogner Park. If you find the park first, the cooling water isn’t too far away. 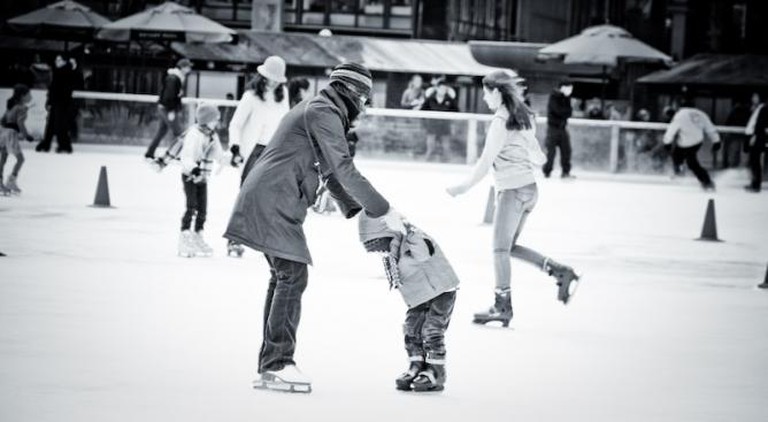 Frogner stadion | © tmcNYC/Flickr
Should you find yourself in Oslo at a different time of year entirely, during the winter season, the Frogner Stadium Ice Rink is a suitable place to spend a few wintry hours. Primarily used for football during the summer, the field is artificially frozen and used as an ice skating rink. It’s been the scene of several speed skating world records throughout the years. Hire some skates and enjoy a cold day on the ice, before popping into one of the many coffee shops in the area for a hot drink.

In the outskirts of the Frogner district, closer to the city center itself, lies the Norwegian National Library. Taking over for the University Library in 1989 – which now exists elsewhere – the National Library of Norway today prides itself on its task of ‘safekeeping the past for the future’. With a special collection, and free access to its reading rooms, monthly tours, and events, the National Library also houses several revolving exhibitions open to the general public.

Situated on the south side of the Frogner Park, is the Oslo City Museum. Concerned with documenting the history and development of the City of Oslo from the last 1000 years, the museum has one of the largest Norwegian photography collections, and a large number of paintings. Located in the 18th century Frogner Manor, the museum also hosts events such as city walks, debates and lectures, and a small café – perfect for an unscheduled break. If you are looking for a more filling meal, the museum also houses Herregårdskroen, a restaurant with an extensive menu, and a spectacular view.

The borough of Frogner, like so many places in Norway, derives its name form the main estate in the area: Frogner Manor. A part of the Oslo City Museum, the manor dates back to the 18th century; in the summer, it’s open to public tours, showcasing beautiful interiors, furniture, portraits and art objects dating as far back as 1750. The building is a spectacular example of the typical Scandinavian wooden villa, and makes an impressive destination for the curious visitor.

While Frogner itself is home to a few museums, some of the real heavy weights in the museum category are located on Bygdøy, a small peninsula bordering on the Frogner district. Take a turn south and enjoy exhibits in the Viking Ship Museum, displaying some of the world’s best preserved Viking ships, The Kon-Tiki Museum and the Fram Museum, recounting the travels of some of Norway’s most famous explorers. In addition to those selections, there’s also the Norwegian Museum of Cultural History among others. See archaeological finds from Viking gravesites, read about the strongest ship ever built, or walk among authentic 16th century cityscapes. 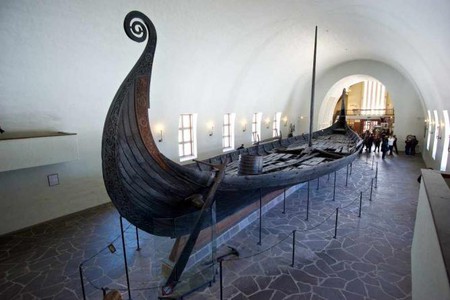 One of three Michelin-awarded restaurants in Oslo finds its home in the Frogner district. Visit Restaurant Fauna for some of the best food the Scandinavian kitchen has to offer in a refined and sophisticated setting. With star-studded reviews, and prices that are none too bad, the restaurant is a spectacular setting for a formal or informal meal. An elegant, modern and creative five course menu, showcasing high quality produce, is sure to leave a lasting impression, and a memorable experience of one of Oslo’s top kitchens. 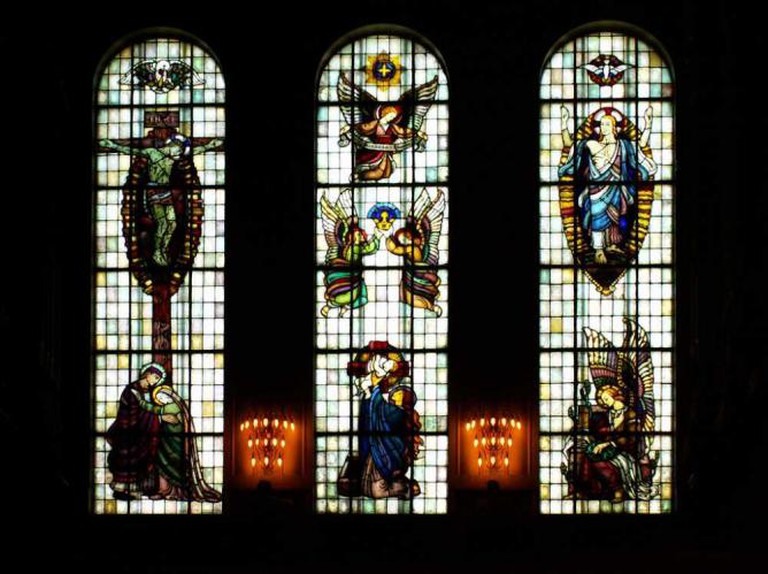 Oslo - Frogner Kirke | © jaime.silva/Flickr
Located on the busy Bygdøy allé, Frogner Church can be a tranquil stop on your way through the district. Designed by architect Ivar Næss, constructed in 1907, the church offers peace and quiet, as well as an artfully decorated interior to its visitors. Richly adorned, with paintings by Per Vigeland, nephew of the famed sculptor Gustav Vigeland, and with spectacular stained glass windows, the church is decidedly worth a portion of your time, whether you are there for a concert, or just happen to pass by.
Give us feedback