Taking the Pulse of Norway's Obsession With "Pølse" 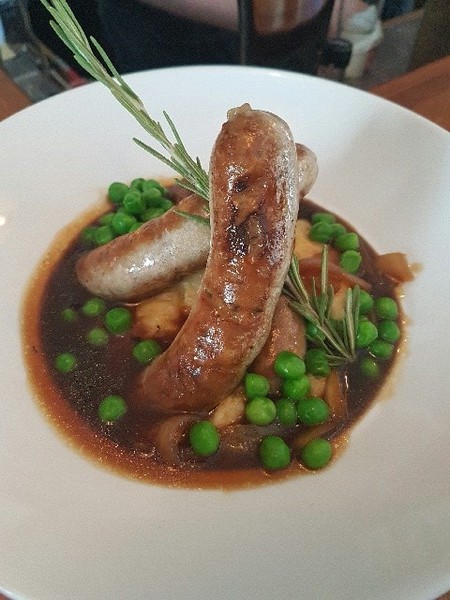 Peanut butter and jelly, CW Network shows and freakishly good-looking actors, Scandinavians and healthy living; some things just go so well together it’s hard to think about one without the other. And yet, in spite of their love of berries, outdoor sports, and training at the gym, Norwegians have a very unhealthy addiction to one particular food item: pølse, the Norwegian word for sausages.

One thing visitors notice the minute they land in this country: pølse is everywhere. They will see it on most restaurant menus, take-out food stands, hockey games, gas stations, cafeterias, supermarket aisles, camping trips, and during weekends with friends. They will even see them on Norway’s Independence Day, May 17, in the hands of people who are dressed in traditional Norwegian costumes. Some people think that the sausage craze is just another symptom of how global the Norwegian cuisine is becoming (with tacos becoming the second favorite weekend food and 24 million frozen pizzas being bought annually). The truth is that Norwegians and pølser go way back and several variations of sausage dishes have been a Norwegian family staple for decades. 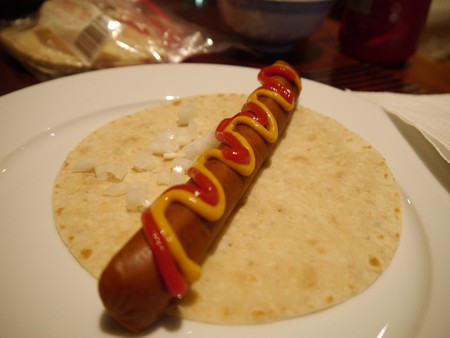 Harsh winters mean the need for the fast energy that comes from carbs (Norwegians’ obsession with potatoes is legendary) and fatty foods like salmon and sausages. The traditional way of eating pølse, in fact, combines both culinary staples: the sausage is wrapped in a thin flatbread made from potatoes and butter, called lompe. Ketchup and mustard remain the most popular variations, but many Norwegians love to add crispy onions and shrimp salad. However, there are endless variations of pølse, and not all of them are in any way associated with hot dogs. The sausages themselves can be made from various types of meat—with deer and reindeer sausages being considered local delicacies—but also from non-meat based sources like mushrooms and egg protein as more and more people become vegetarians and vegans. As for when is the right time for pølse? Anytime, really.

When you’re treating yourself to a dinner out…

In addition to gas stations and hockey games, sausage dishes can be found in upscale restaurants as well. The new Nordic cuisine has found many ways of cooking them, but the stew-type variations of the dish remain a crowd favorite. Bergen’s gastropub, Pingvinen, does a mean stew with lamb sausages, potatoes, and vegetables, but diners will also find some sausage-centric dish in most of the country’s restaurants.

When you’re making “grillmat” with friends…

When the weather is nice, Norwegians take the grill out. Traditionally, this happens mostly on weekends and is combined with beer drinking, but there’s an increasing number of people who make ‘grillmat’ on weekdays too. And although pork chops are also appearing heavily on the menu (more than burgers, certainly), the star of the grill is undoubtedly pølse. 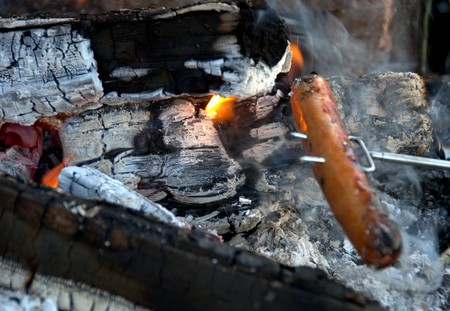 Sausages for breakfast or lunch? Ja, selvfølgelig! (That would be, ‘yes, of course’ in Norwegian). Pølse is a practical solution because Norwegian kids love to eat it, it doesn’t cost a lot of money, it can be prepared fast, and it can be taken to enjoy during lunch breaks. Sure, it’s not the healthiest food in the world, but as long as it’s that cold outside and they keep skiing everywhere, Norwegians have plenty of ways to work the meal off. 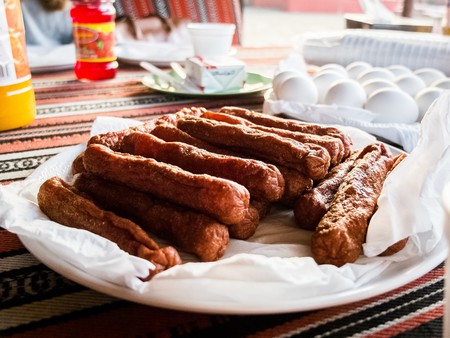