The Stunning Home From 'Ex Machina' Is Actually a Norwegian Hotel

The first landscape hotel in Europe should already be on your radar thanks to a starring role in a recent award-winning blockbuster, but just in case you weren’t aware of it, here’s our guide to everything you need to know about the Juvet. 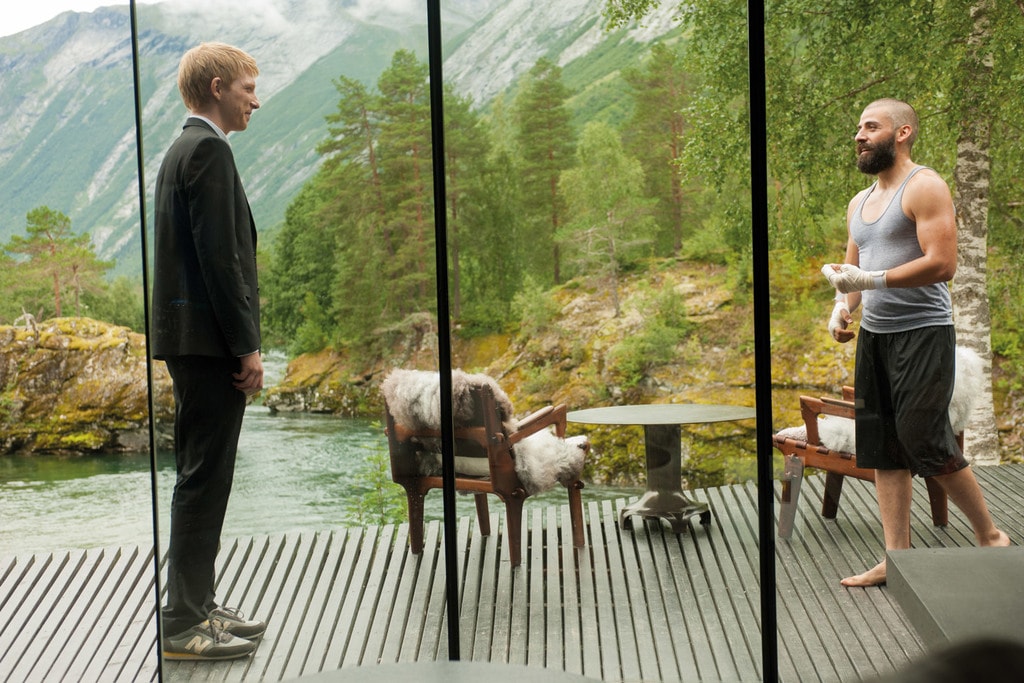 With the imminent arrival of Annihilation on Netflix, Alex Garland’s second film in the director’s chair, we found ourselves thinking back to the film-maker’s debut effort. Ex Machina (2014) is a wonderful examination of the blurred line between humanity and machines. In essence, the film is a classic three-hander with our introduction into this near-future world being seen through the eyes of Caleb (Domhnall Gleeson), a young programmer who is chosen after a global search for someone adept enough to test the latest advancements in artificial intelligence.

Nathan (Oscar Isaac) is the scientific genius behind the technology and in an attempt to protect his privacy, the billionaire has become a recluse, living in virtual confinement in his luxurious home, which also doubles as his laboratory. The overall goal of Caleb’s visit is to see if Nathan’s latest creation, an AI being known as Ava (Alicia Vikander), can pass the Turing test. 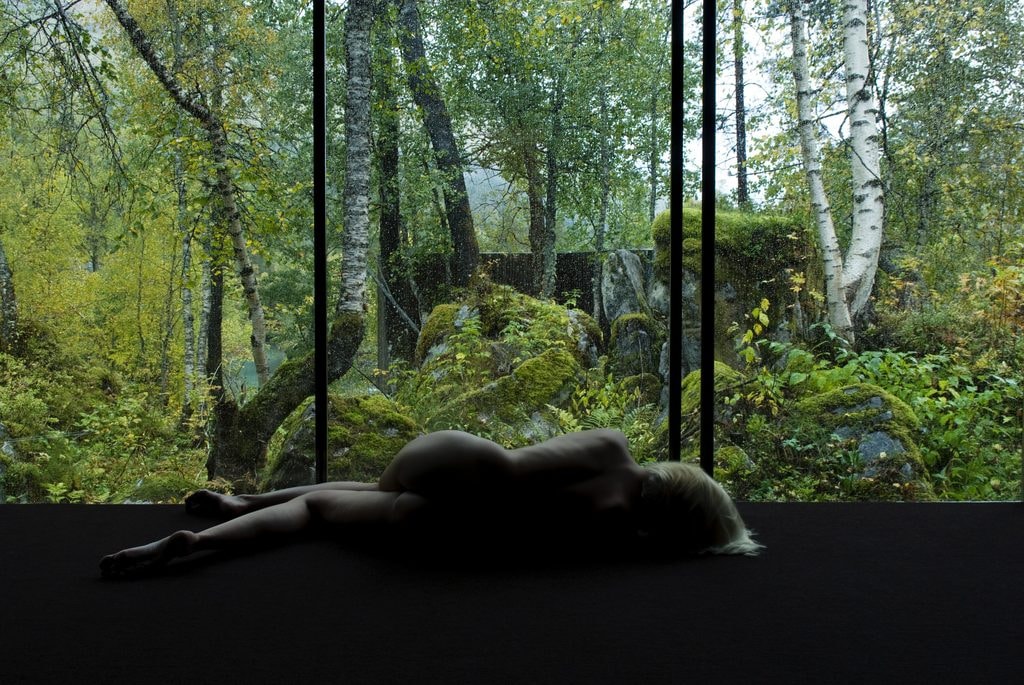 Aside from a few moments at the start of the film where we see Caleb living what looks to be a mundane life and enduring a boring job, the movie is set in Nathan’s vast home. In the film we are left to wonder where such a place might exist in the real world, and although some of the interiors and sets are purpose-built stages at Pinewood Studios, the real answer is this stunning hotel in Valldal, Norway.

You might also like: You Can Now Stay at This ‘Game of Thrones’ Hotel Made of Ice and Snow

Production designer on the movie, Mark Digby, said in an interview to Dezeen: ‘There are only three or four people in it and it’s all set in one house. There’s very little space to escape to somewhere else. So the house had to be important.’ 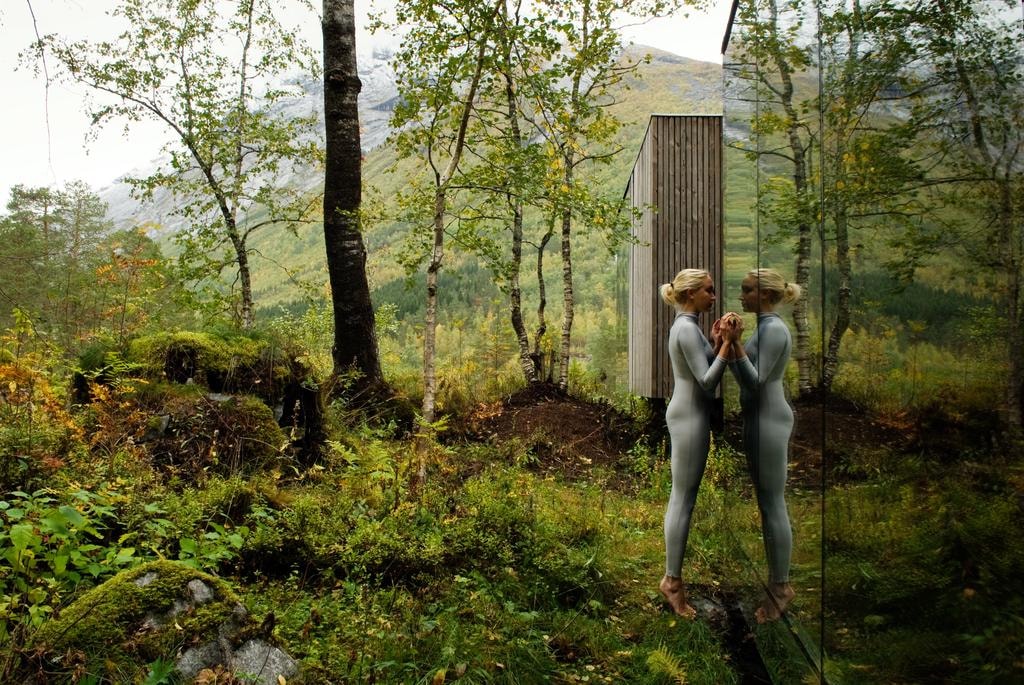 The actual setting for this minimalist getaway in the film is a remote part of Alaska, accessible only by an arduous trek preceded by a helicopter journey. The Juvet Hotel in northwestern Norway was deemed to be the perfect substitute after an understandably lengthy search.

There are some elements of the residence (both in the film and in the actual hotel) that lend themselves to the sci-fi genre. Cold, hard surfaces and smoked glass appear to be a favourite of both heroes and villains in this particular technological world, but the retro Scandinavian touches that the Juvet offers also have added meaning in the movie. 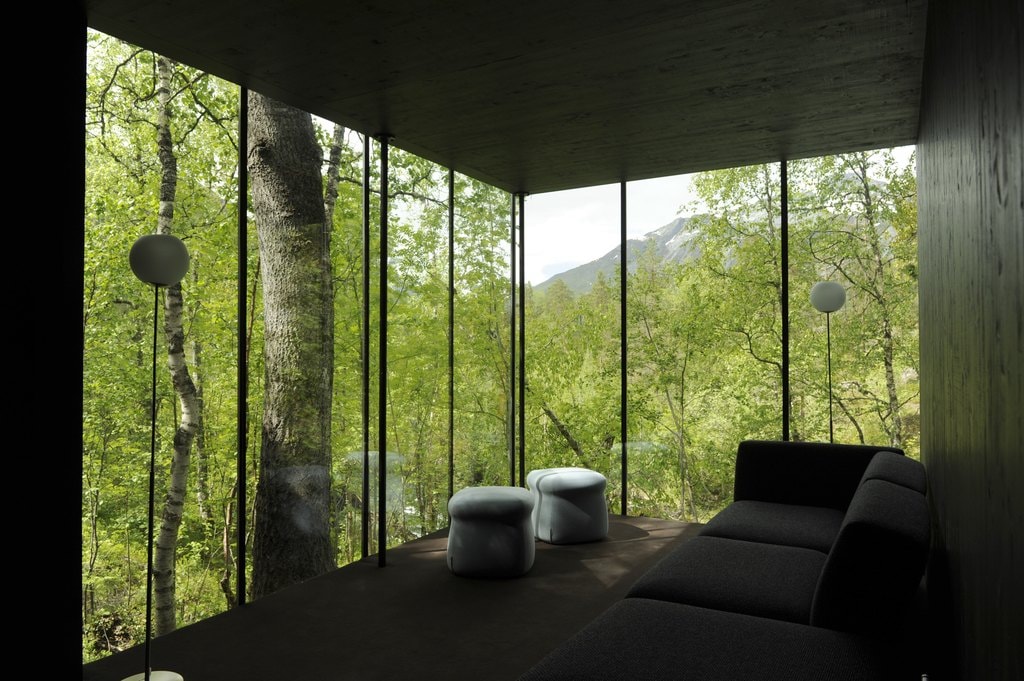 Ava, the AI being that Caleb is sent to examine, is deliberately constructed in a more human way than one might expect. Both men in the film speak to her as if she is human; Caleb falls in love with her and Nathan treats her as if she is beneath him. The social commentary on toxic masculinity is obvious, with the setting utilising timber and showcasing the natural beauty just outside the windows in the surrounding trees and mountains adding on another dimension to the film.

Caleb is initially welcomed into Nathan’s domain via the well-lit rooms in his mansion. They bond here, getting to know one another and developing a sense of trust on familiar territory. The newcomer is made to feel safe, and the world he knows, although many hundreds of miles away, is still just outside the window. 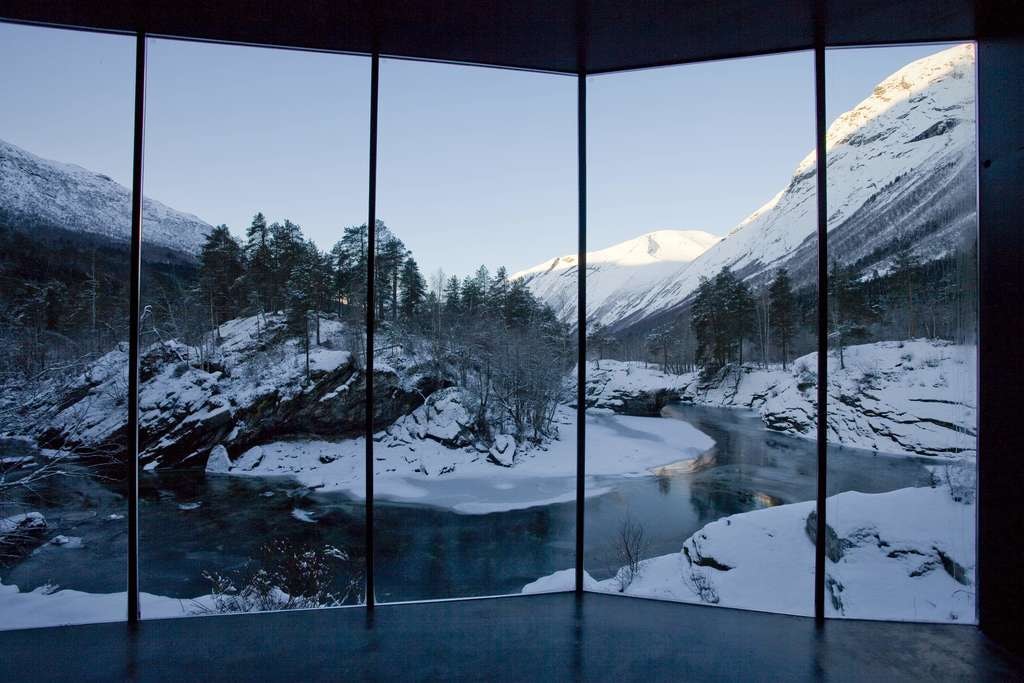 Later, however, we see Caleb sleeping in a room only illuminated by artificial light. The confinement he feels in the labyrinthian underground research labs is disorientating and frightening, much like his initial interactions with Ava.

You might also like: Futuristic Films and TV Shows That Got It Right… and Some That Got It VERY Wrong

The Juvet Landscape Hotel, to give its official moniker, does offer that sense of escapism needed for the initial parts of the film, although the majority of the other sections of the film are stylistic recreations of what one might imagine underground elements of the dwellings to look like… if they existed at all. 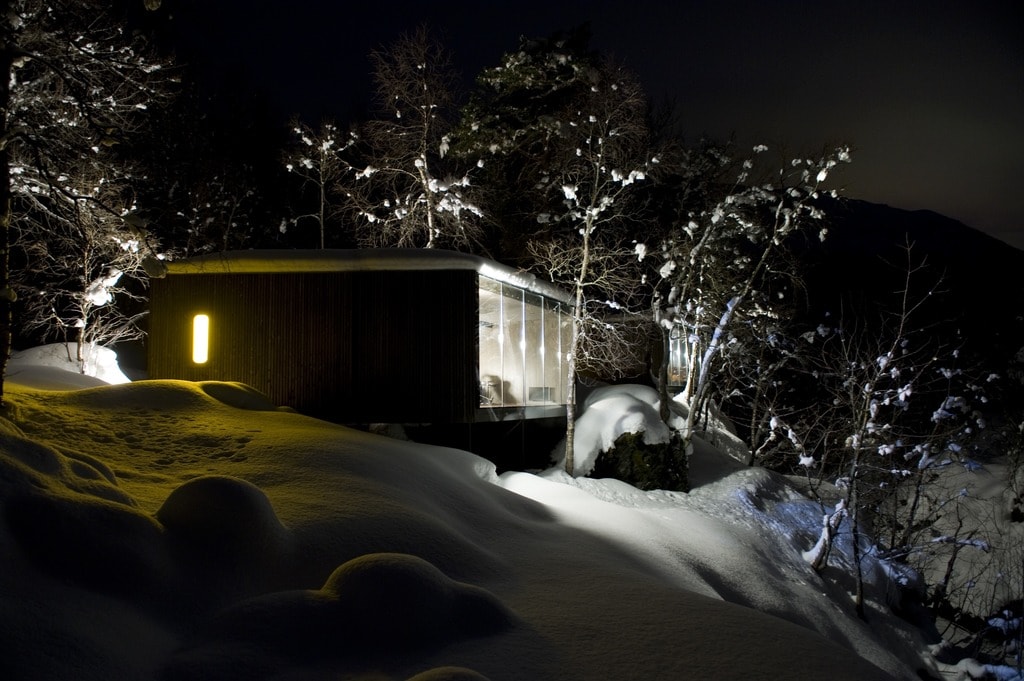 Originally, the area was used for farming, with records dating back as far as the 16th century. The hotel is found at the natural approach to the West Norwegian Fjords which, in 2005, became the first location in the country to be added to UNESCO’s World Heritage List.

Set alongside mountains and a nearby river, the hotel is made up of a number of buildings, including more traditional farmhouses. Additionally, Gudbrandsjuvet gorge, is close by and, as well as giving its name to the hotel, is also subject to a local legend itself. The natural formation is apparently named after an outlaw, the eponymous Gudbrand, who is said to have once leapt over the gorge at its narrowest point. Some say he was desperately evading capture, while the more romantic claim that he was fleeing to a better life with a bride he had fallen in love with. Who said romance was dead? 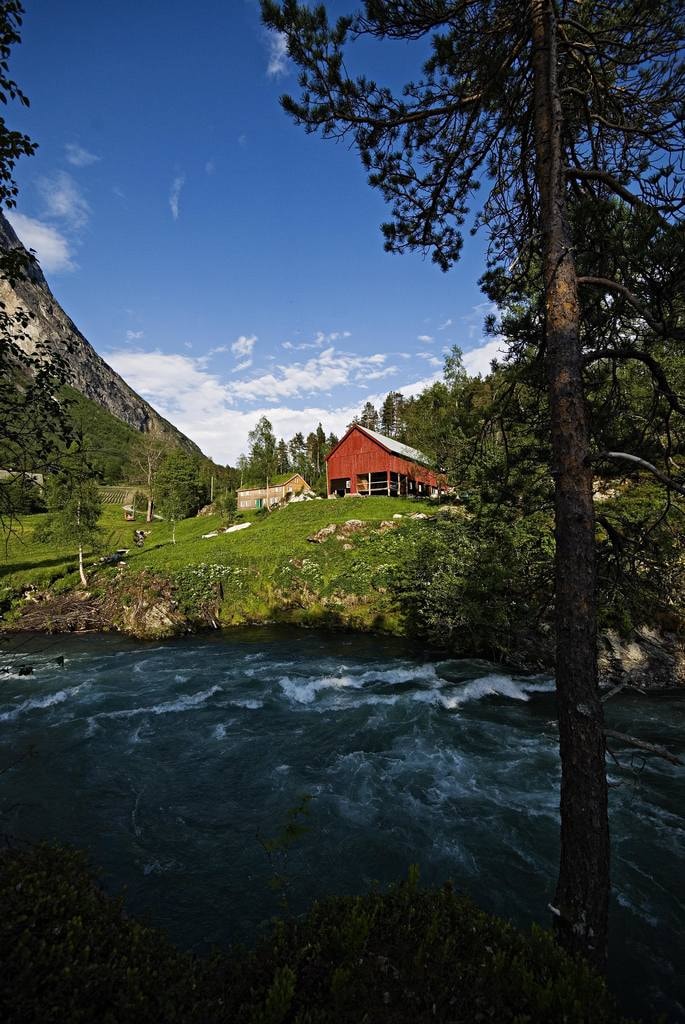 Mark Digby explained how the production team came to find the location, which as we know now is a hotel complex by designers Jensen & Skodvin Architects. ‘When you first approach the film you see what looks like a small wooden cabin and then it expands into a bigger house and a subterranean world as well. And they have breathless views, which you see in some of the rooms. . . . it made more sense on this occasion to do part build, part location. And I think that’s the perfect balance. You get the best of both worlds.’ 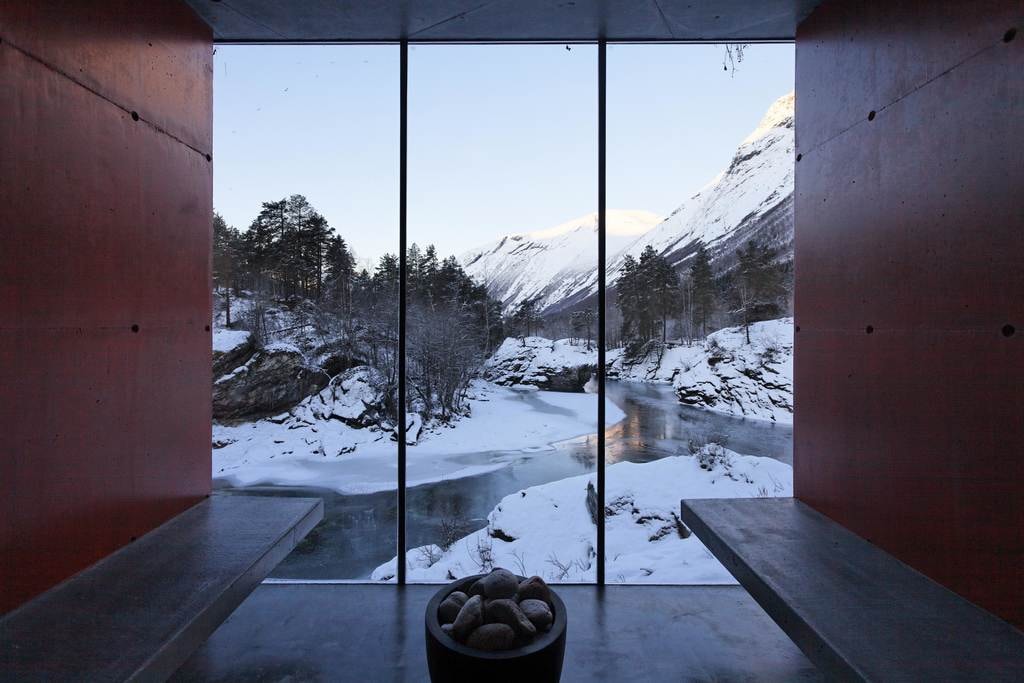 The hotel itself owes its existence to a series of very fortunate incidents. Owner Knut Slinning bought himself a cabin in the area in 1986. Architects Jensen & Skodvin came to the area off the back of a government initiative and upon meeting with Slinning, proposed the idea of an innovative design for a new type of retreat.

The Norwegian government initiative improved access to the Juvet and incorporated specific routes and roads to be added. Slinning calls this place his ‘Soria Moria’. Soria Moria castle features in a Norwegian fairy tale about a poor hero who went on a long journey and found both wealth and a lost princess. When Slinning first came to oversee the area, he and his family had the perfect retreat from the hectic life they led in Oslo. 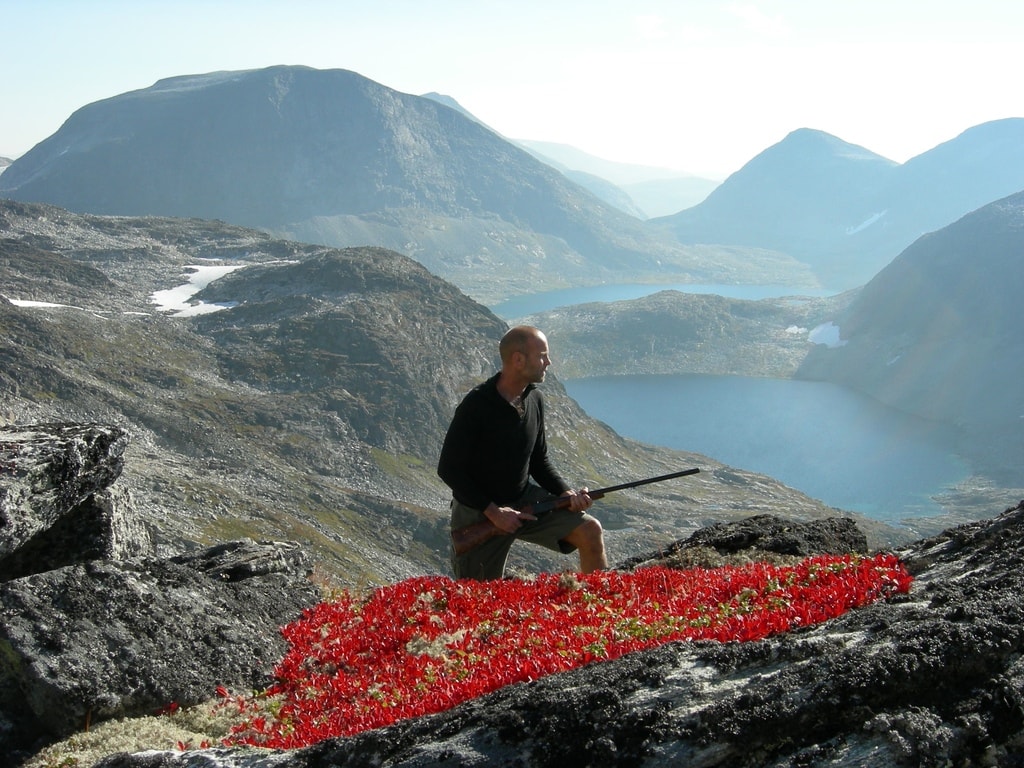 ‘At its heart, tourism revolves around taking good care of people, so that they come away feeling positive. Here they will get a taste of the old and the new. Perhaps they will even rediscover a part of themselves, too,’ says Slinning on the official website for the Juvet.

He adds: ‘We can see that what we have set up here strikes a chord with people and touches them. People can see lots of images of Juvet Landscape Hotel, Burtigarden and the surrounding scenery on the internet. But no matter how many pictures our guests have seen before they arrive, when they get here, they are awestruck.’ 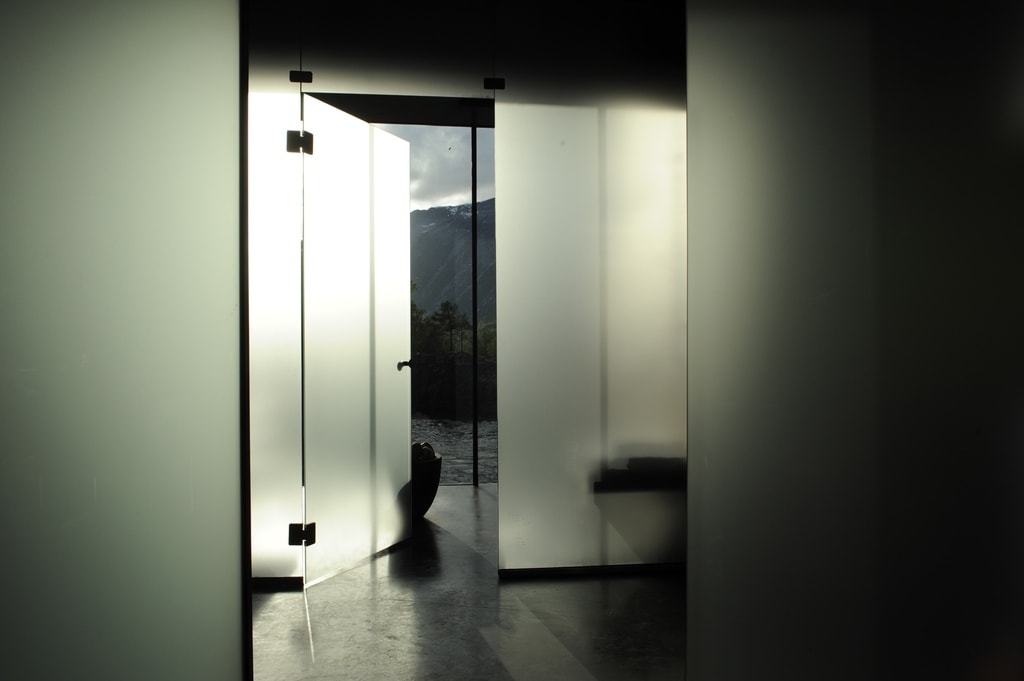 The Juvet Landscape Hotel is reopening on February 17 following a short break during the height of winter. Online booking is not available, but more information is available on the official website.