Step into Henrik Ibsen's Home at This Oslo Museum 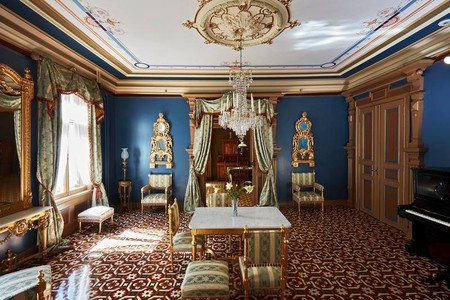 Oslo is definitely not lacking in museums. And as is the case with everything in life, some are just more famous than others. But this almost nondescript museum right across Oslo’s Royal Palace definitely deserves your time and attention: it’s the apartment of Henrik Ibsen, where he spent the last 11 years of his life and wrote his last two plays, completely restored to its original colours and decor.

Did you know that Henrik Ibsen is the most performed playwright in the world after a certain William Shakespeare? The influential dramatist grew up in Skien, in Telemark county (where you can find another museum in his honour), but he spent 27 years of his life in Italy and Germany. This gave him a more worldly view and allowed him to take a step back, observe and later criticise through his plays some of the social issues that were shaping Norway at the time.

Indeed, his critical stance towards religion and the supposed family bliss good Christians must experience made a lot of his work to be considered scandalous at the time — but his message of modernism ended up spreading in Norway eventually. When he returned in 1891, and took up his apartment in Oslo, his home-country was very different from when he’d left it. 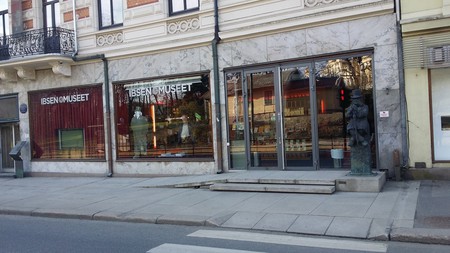 The entrance to the museum | Courtesy of Ibsenmuseet

Stepping into the museum in Henrik Ibsens gate 26, you’ll have the chance to learn more about the playwright’s life, his famous plays and his strong personality. Speaking of his personality: Ibsen was a sceptic, always ready to dispute what was considered the norm, to object and ask questions. So much so that, before he died, he famously sat up in bed and said ‘On the contrary’ (some say, to dispute his nurse who claimed he was feeling better). To honour that aspect of his, the exhibition at the Ibsen museum is also called ‘On the contrary’ and will guide you through papers, writing paraphernalia and personal artefacts like a coat and hat. After that, if you book a guided tour, you can enter the rest of Henrik Ibsen’s restored apartment — all the way to his study, where he used to write his plays by the window. There’s no way not to have goosebumps at this point. 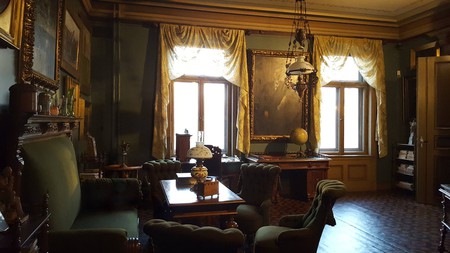 Henrik Ibsen’s study, where the magic happened | Courtesy of Ibsenmuseet

The man who is now considered the ‘founder of modern drama’ is definitely the most famous Norwegian of all time — although visitors in Oslo tend to focus more on that other famous Norwegian, Edvard Munch, and his museum. But next time you’re taking a stroll around the Royal Palace, make sure to look the other way — and once you see a statue of a silly short man with a top hat, enter through the gift-shop.