Real Reasons Why Vikings Were Unstoppable 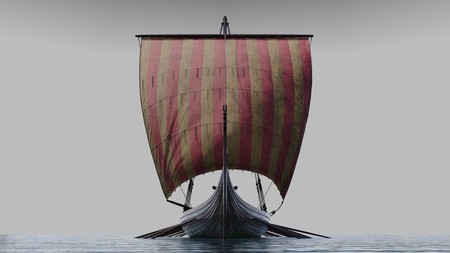 A Storm Studios reproduction of a Viking Ship | Courtesy of Vikingskipshuset

The Viking Age may have only lasted 250 years (from 790-1066 AD), but our fascination with the medieval warriors lives on. If anything, it has only gotten stronger lately. Who where the real Vikings? How did they cover (read: conquer) so much ground so fast? Did Ragnar Lothbrok truly wear hairy breeches? Legends and fictionalization aside, there was a method to their midnight-sun-fueled madness. Read on for the historical facts, according to medieval archaeologists.

They knew when to strike

Far from being the chaotic, blade-happy savages they are often portrayed to be, the Vikings had created a large network that allowed them to basically enclose their targets and make the most of their raids. Through surveillance of the areas within their reach and strategic alliances and planning for the places that were further away, they gathered intelligence that allowed them to make their move when the time was right. For instance, they knew when the granaries would be ripe and the treasuries full, as well as when resistance would be at a minimum. Also, they often knew when people would gather for trade fairs—and would show up, like clockwork, on that day. 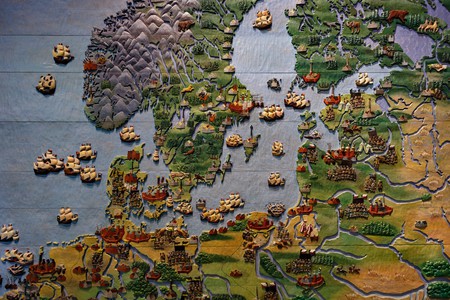 Scandinavians did move around a lot | © Robert Anders/Flickr

They were a product of their time, and made the most of it

What we now call “the Viking Age” coincided with the Early Middle Ages, which definitely wasn’t a calm and peaceful time. There was a lot of political upheaval throughout Europe: princes and kings were locked in power struggles, something that was easily exploited by outside forces, such as the Vikings. Especially when such upheavals meant that places like monasteries or even whole towns were left unprotected, it made them easy raid targets. Based on their aforementioned network, the Vikings knew which countries were the ripest for the picking.

Their ships took everyone by surprise

If you’ve been to the Viking Ship Museum in Bygdøy, you’ve probably noticed how long Viking ships are. Their characteristic shape—long and narrow with a shallow-draft hull—not only made it possible for them to cross the North Sea, but also to navigate Europe’s rivers. Very often, these ships made it possible to bypass defensive forces and make surprise attacks. 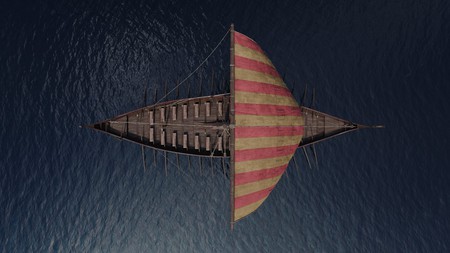 A Storm Studios reproduction of a Viking Ship | Courtesy of Vikingskipshuset

Their armor was not left to chance

We have this image of Vikings running into battle armed with nothing but their swords and bravado, but that couldn’t be further from the truth. Vikings were in fact armed to the teeth: they wore protective armor, carried shields, axes, bows and arrows, and of course had swords, of a quality equal to those of the British military and continental Europe. According to archaeologists, many Vikings actually used weapons made by the finest swordsmiths in Europe. At one point, it actually became prohibited to sell swords to Vikings, as it meant offering them the means to later raid and kill. Apart from armor and weapons, they also used battering rams and catapults to siege cities. 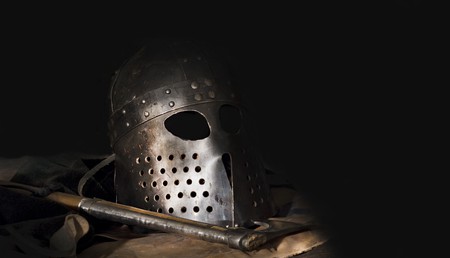 There was hierarchy and discipline

Another thing many of the Viking-focused shows depict wrong: it wasn’t every man for himself, trying to overthrow the other. Sure, there were power struggles and squabbling, as in every society. However, to be able to pull off carefully planned raids and attacks, that sometimes comprised hundreds of ships (and thousands of men), there had to be discipline and a clear chain of command.

They were simply unafraid of dying

This part of the legend is actually true: Vikings adhered to warrior ideals; being skilled fighters was part of their culture. Even when they weren’t roaming the seas and raiding towns, they were still always ready to fight and protect their villages, and it was a prerequisite for all male Vikings to receive combat training. If they died on the job, it was considered an honor. Mentions of the golden halls of Valhalla, where Odin welcomes warriors who have died in battle, first appear in the 13th-century book Poetic Edda, but the belief was probably there during the Viking Age. 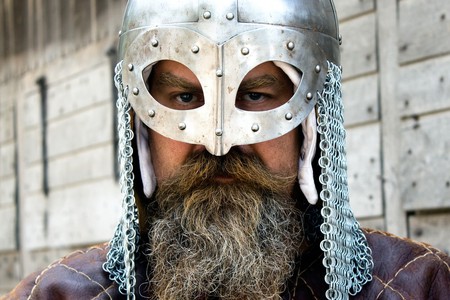 According to legend, Magnus Barefoot, a Norwegian king who died at a young age during a raid in Ireland, said that, “kings are not for a long life, but for honor.” It’s easy to see how that mentality, combined with top-notch military training, hyper-mobile ships and a vast network, made Vikings unstoppable during their time.