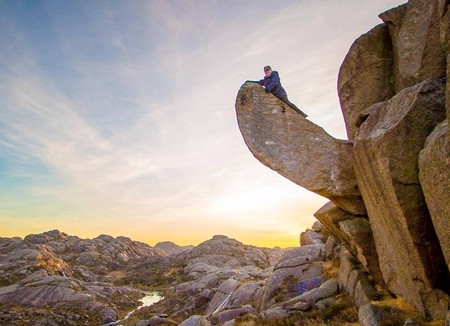 Tragedy struck in Eigersund, Norway, on Saturday morning when it was discovered that a suggestively shaped rock formation, Trollpikken, had been destroyed by vandals. Within 48 hours, however, it became clear that the protrusion, which literally means the ‘Troll’s Cock’ (or ‘Troll’s Spike’), will rise again, thanks to some persistent locals.

The ‘spike’ was severed off, leaving clear marks from specialised tools on the rock, the largest part of which now lies at the bottom of the cliff face. Luckily, experts believe the clean cut means that it should be relatively easy to reattach it.

The Norwegian state broadcaster NRK quote Kjetil Bentsen, one of the aforementioned persistent locals, saying that it is ‘possible to get it up’ again, and that the result would be a ‘better armed and hardened’ Trollpikken. Bolts and cement will help to reinforce the 10-tonne rock and make sure that it stays in place.

It is thought the work will take a small group of workers less than two months to complete, and local construction firm, Bertelsen & Garpestad, have promised to carry out the work and pay for any additional costs beyond the amount the crowdfunding appeal raises. 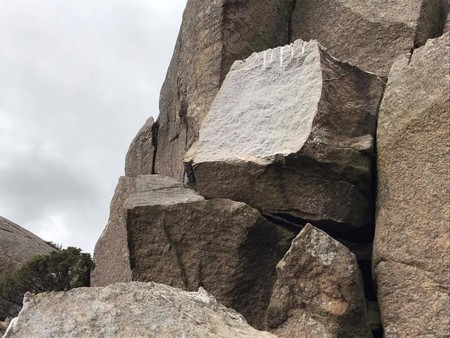 It is not yet known who carried out the attack or what their motivations were, though it is clear that it must have been pre-planned. Eigersund, south of the city of Stavanger, is part of Norway’s Bible Belt, and a few locals had raised concerns about the promotion of the rock under its current name.

A police investigation is under way, with the culprits facing up to a year in prison for damage to the environment. Magnar Sandstøl, the local police chief is confident that they will be found as the station has already received many tips. ‘This is the most piquant and potent case we’ve received in 2017,’ he shared, to much amusement.

For the moment, however, people are more concerned with ensuring the reattachment of the rock than finding out who shafted plans to make Trollpikken an attraction to compete with the better-known Trolltunga (‘The Troll’s Tongue’) cliff.

The local municipality and members of the Trollpikken group had been implementing plans to attract more tourists to the area this summer and create more local jobs. Some good may come of the vandalism however – the incident has certainly helped to put the rock on the map.

All they have to do now is get it up.