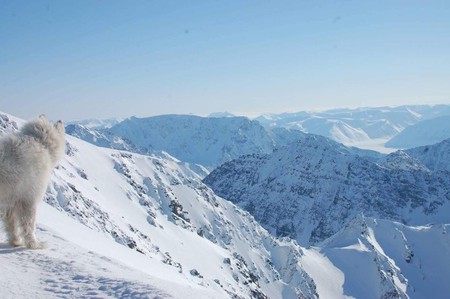 Norwegians believe that nature is every man’s right (allemannsretten). But sometimes, you’ve gotta fight for your right to roam free in Norway’s wilderness – and by fight, we mean hike, climb and endure harsh weather conditions and dizzying heights to get there. From isolated beaches to frozen mountaintops, this list contains some of Norway’s most hard-to-access places that will reward you with their beauty once you finally make it there.

On the Spitsbergen Island of the Svalbard archipelago lies the answer to life, the universe and everything – buried 100 metres under the snowy mountain. The Global Seed Vault is a secure bank preserving a wide variety of seeds from plants from all over the world, in case of a global crisis. To get there, you have to hike about an hour from Longyearbyen, the main settlement, or take a ride on a snowmobile. In any case, you’ll need to be wary of polar bears and carry a scare device to ward off any attacks. 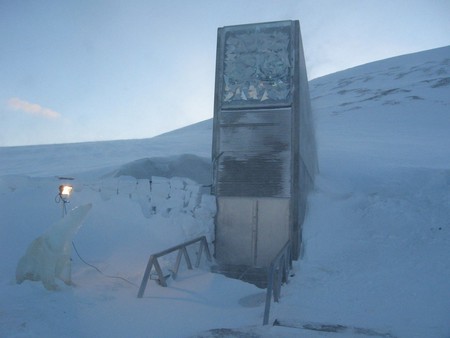 A cluster of seven waterfalls that end up in the Geiranger Fjord, the Seven Sisters got their name because apparently they resemble the (our guess: white blond) hair of women. The best way to admire them is by boat, as the terrain up the mountain is very treacherous and prone to avalanches – but it’s possible to reach an abandoned farm next to the place the waterfalls stem from. 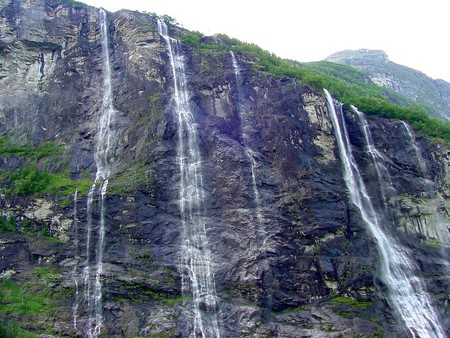 Gaustatoppen is definitely not the easiest mountain to climb: only 30,000 manage to complete the 3-hour climb and reach the top every year. But from the top, at a dizzying 1883 metres, you can essentially see one-sixth of Norway, all the way south to the coast and east to Sweden. Plus, if you do make it up there, you can pick a rock and have it stamped at the Tourist Association’s cabin (for your bragging rights). 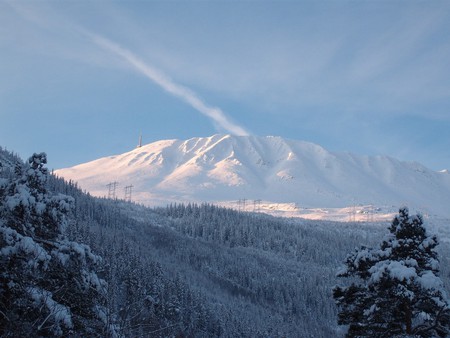 Hermannsdalstind is the only 1000+ metre mountain in western Lofoten, towering over the surrounding landscape at 1029 metres above sea level. Translation: from up there, you’ll have a spectacular view of the Lofoten islands and their endless mountain peaks. But the hike to get there is steep, slippery and can take up to 7 hours. 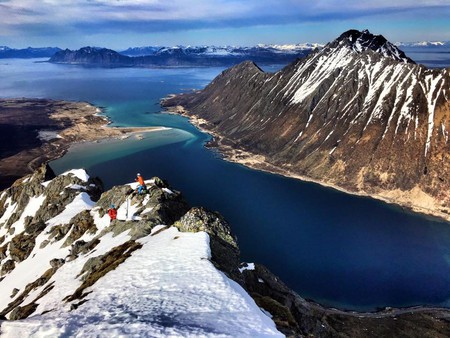 This colossal mountain is another one of the million reasons to visit Svalbard. At 500 metres above sea level, you’ll have a great view of the Longyearbyen settlement and the Isfjord once you reach the peak. It’s not an easy feat though, as it involves climbing with your ski equipment and hiking over glaciers and meltwater channels. 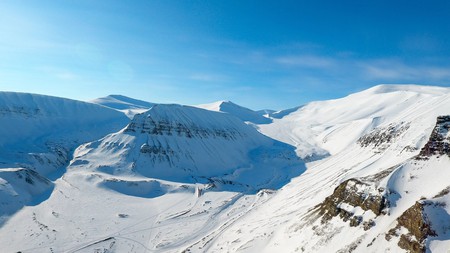 Norway has its fair share of stunning beaches and, as is the case with most things in life, the best ones are the ones that are off the beaten track. Horseid beach in Moskenesøya, Lofoten, is a perfect example: it’s over a 2-hour hike to reach it, and a 20-minute walk from when your feet first touch the sand until you finally reach the sea. But hey, you get to walk through grass covered dunes and golden sand, so it will be worth it.

The list of hard-to-access places wouldn’t be complete without yet another Svalbard destination: Isfjord Radio Station, the northernmost radio station in the world established back in 1933. Although not really working anymore (especially since Norway now has switched to digital radio), there are accommodations there where you can spend the night – so the trip to Kapp Linné at the south side of the outlet of Isfjorden will be worth it. Just remember, this is Svalbard; beware of the polar bears. 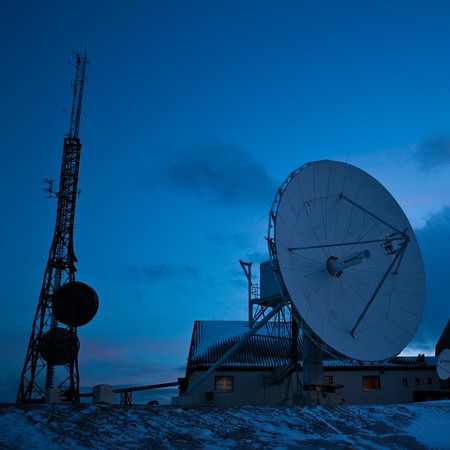