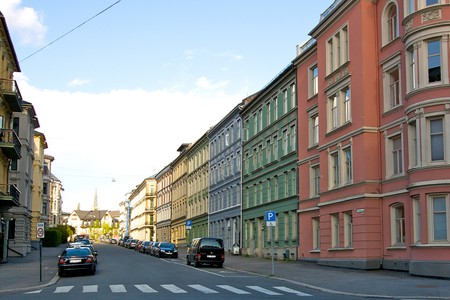 Oslo is not the largest capital city in the world, but it has a long history and a charming range of old city quarters which each come with their own distinct character. Oslo is also the fastest-growing capital in Europe, and in recent years, some of its industrial areas have been turned into the most attractive and modern neighbourhoods for its ever-expanding population.

Aker Brygge used to be an old, run-down dockyard just off from the city centre. Over the past two decades, however, it has been transformed into one of the most attractive (and most expensive) residential areas of Oslo. The architecture has retained the canals and stark features from its dockyard past and combined them with glass, lights and indoor passageways to create an immensely attractive mix of flats, lively restaurants, shops and art galleries which brim with life at any time of day. 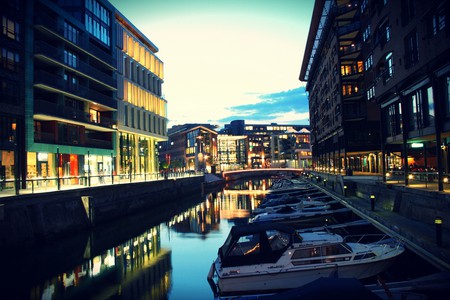 The Frogner district lies to the north and west of Aker Brygge and is one of the oldest and most well-established areas of Oslo. Frogner has a reputation for being posh which dates all the way back to the 19th century at least, when Oslo was divided down the middle with the establishment to the west and the industrial and labourers’ part of the city to the east. The divide ran roughly along the Akerselva, the river that still cuts through Oslo. Frogner is quite a large and peaceful area, and it has some of the best cafés and most beautiful streets in the city. Its biggest claim to fame must be the Vigeland Park, which is also known as Frognerparken. 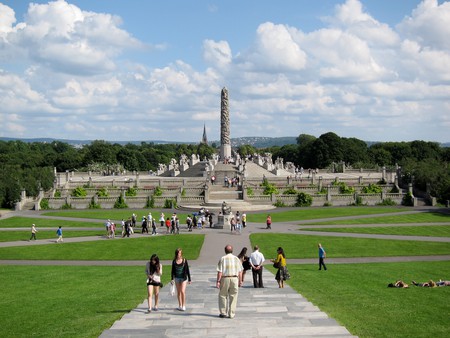 On the northern side of the Vigeland Park and neighbouring Frogner, you find Majorstuen, another “West Side” district. Majorstuen, which translates to “the Major’s Cabin”, was named after an 18th-century pub which was itself named after an even earlier military officer. Majorstuen is one of the most popular areas of Oslo and the square metre prices for properties are currently some of the highest in Norway. The high prices are understandable, though. Majorstuen is close to the city centre, has one of the major metro stations in Oslo and features one of the most popular shopping streets in Norway, Bogstadsveien, which will take you right to the Royal Castle gardens. 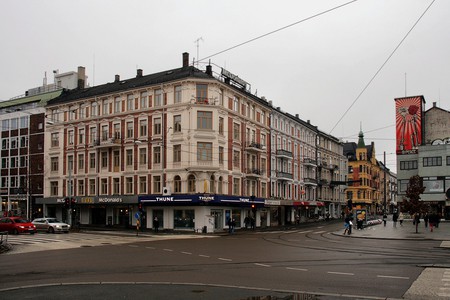 Bislett is popular with young professionals and students, not least due to its close proximity to the city’s university, biggest high school and the city centre. The focal point of Bislett is Bislett Stadium, which hosts the annual Bislett Games, a national athletics tournament. Many of the apartments at Bislett are shared accommodation, and rooms tend to be slightly more affordable than the neighbouring Majorstuen to the west. Bislett may or may not be a part of the larger St. Hanshaugen, which has some of the prettiest apartment blocks in the city and borders the city centre to the south. The St. Hanshaugen park, which covers quite a tall hill, features some of the best of views of the city centre and the fjord and performs particularly well at sunset. 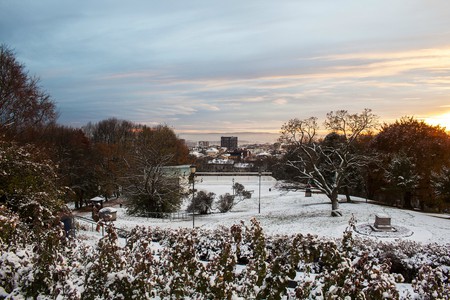 The old working-class area of Grünerløkka became the champion of reinvention in eastern Oslo in the 1980s and 1990s, when many of Oslo’s new immigrants moved there, bringing elements of their culture with them. This led to the rise of some of Oslo’s most interesting and popular fusion shops and restaurants and attracted many of Oslo’s bohemians, particularly artists, over the years. Eventually, of course, Grünerløkka became a hub for hipsters, and all these different cultures have amalgamated to produce some of Oslo’s hippest restaurants, bars, cafés and entertainment venues. It is one of Oslo’s most popular areas for millennials. 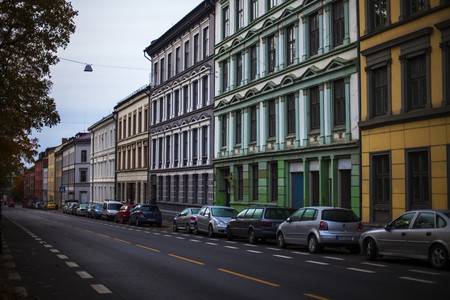 “Old Oslo” is a large city district to the east of the centre. As the name suggests, it includes the site of the old medieval city which sadly burned down in 1624. This part of Gamle Oslo is known as Gamlebyen, “the Old City”, and features a delightful amount of old pretty ruins. Gamle Oslo covers quite a few smaller areas which are usually considered their own districts, including Gamlebyen, southern Tøyen and Grønland. The latter two are two of Oslo’s most exciting up-and-coming areas, and their development mirrors the early days of multicultural Grünerløkka. You’ll find some of the best (and cheapest) Middle-Eastern and Asian restaurants and shops here. Overall, Gamle Oslo is likely to be a little cheaper than the other areas covered here – at least for now. 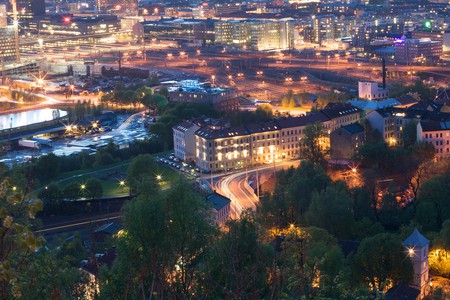 Okay, so Bjørvika is technically part of Gamle Oslo, but it deserves its own mention thanks to the amazing and extensive developments taking place there at the moment. Since the opening of the Opera House in Bjørvika in 2008, cool new projects seem to be springing up all over the place. The Barcode strip of tall, sparkly, glass-clad apartment blocks has quickly become one of Oslo’s most iconic sights; and a new, equally promising residential area is currently being built on a strip of land by the Oslo Fjord. What’s more, the new, futuristic-looking Munch Museum is under development just next to the Opera House and Barcode.

As if that wasn’t enough, Bjørvika is right next to the Central Station area where a huge new public library is being planned. Unsurprisingly, with its proximity to the centre and the sheer coolness of everything going on there, Bjørvika doesn’t come cheap either; however, with so many new properties under development, it should be possible for keen beans to snatch one up. If you’re looking to rent in Oslo, take a look at our comprehensive guide. 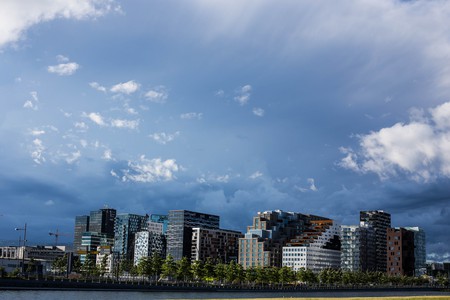