With IKEA dominating home design, H&M stocking our wardrobes and Nordic TV thrillers keeping us entertained, it is fair to say that we have been spoilt for high-quality Scandinavian exports in the last decade. Increasingly however, another artistic medium is providing audiences with fascinating insights into Nordic culture, a medium that calls for corporeal energy. We investigate Scandinavia’s dance culture, exploring everything from traditional ritual to abstract expressionist movement. 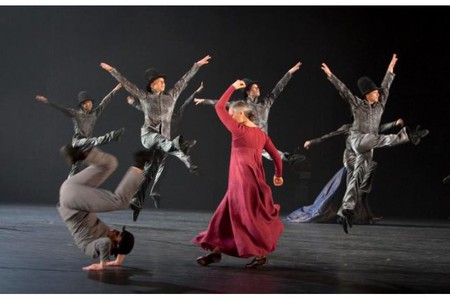 Scandinavia boasts a long history of dance and for centuries, movement has been ingrained in Swedish, Finnish, Danish, Icelandic and Norwegian culture. Bearing strong links to medieval sagas and folklore, dance in Scandinavia became a form of expression that not only shaped national, political and social identities, but also helped create a unique dance tradition separate from that found in other parts of Europe.

When considering Scandinavian dance, we may imagine communities clad in traditional dress, singing folkloric lyrics and performing mysterious dance rituals against the picturesque Nordic landscape. Indeed, folkdance formations do point to a cultural unity between the separate regions – delivering a combined sense of ‘Nordicness.’ Despite this however – and even with the universal use of the fiddle as an accompanying musical instrument – regional interpretations of these traditional performances have emerged, bringing with them a wide-range of subtle distinctions. 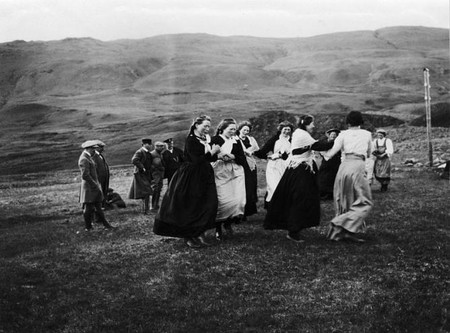 Courtesy of Reykjavík Museum of Photography, a group of Icelandic women dancing in the meadows by mount Esja by Kollafjörður/WikiCommons

Indeed, although Nordic dance culture may appear to be unified, it remains diverse, demonstrating geographical differences in presentation and informed by local heritage. On a basic level, this can be observed in the naming and interpretation of specific choreography – the mazurka in Norway was not danced in the same way as the Swedish mazurka and in some Southern regions of Sweden, it was even called the polska.

The latter in particular has been one of the most consistent methods of movement in traditional Swedish dance. Originally, roots are traced to the influence of the Polish courts during the 17th century but today, the polska, or Norwegian pols, continues to be danced socially within certain Scandinavian regions. In the North, this vigorous folkdance has remained the most prominent of all the traditional dances, with individual styles having been passed down through generations and from neighbour to neighbour. Out of several hundred versions, there are considered to be three styles of the polska danced today, predominantly by the Swedish, filtering into their most well-known national dance, the hambo.

For the Norwegians, dance culture also originated from traditional ritual, developing from dances in villages and town squares, with the bygdedans being one of the oldest and most distinctive examples. The basic steps for the bygdedans consisted of a walking move with a running move – termed a springer – but naturally, as with all Scandinavian dances, slight variations between regions have evolved through time. An additional example of the traditional roots of modern dance culture would be the gammaldans, a set of Nordic dances that remain popular today, often even being taught to young children in schools.

It is from within the famously most elegant form of dance however, that Scandinavian dance culture has been able to showcase its pedigree and skill. With Russia achieving enormous success and proudly showcasing its legendary Bolshoi and Mariinksy theatre dancing troupes, Nordic ballet struggled to receive equivalent international acclaim. Increasingly however, over the last two centuries, Sweden, Iceland and Denmark have shown that they also possess a strong and deep-rooted ballet culture. Indeed, the Royal Danish Ballet dates back to 1748 whilst the Royal Swedish Ballet was founded in 1773. 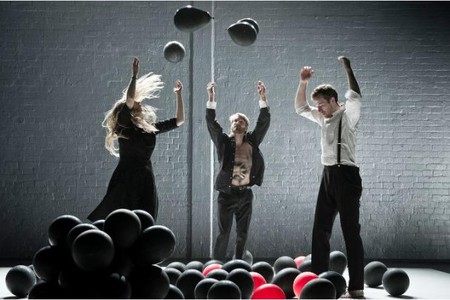 Maija Hivarnen’s ‘For Those Who Have Time’ | © Jan Lietaer

Today, both schools hold exceptionally high positions on the world stage, with the Danes in particular continuing to dance in an uninterrupted tradition that harks back to the Romantic period. Similarly, Iceland’s ballet culture, although experiencing a late development, has recently progressed rapidly and produced many of ballet’s greatest names. Helgi Tómasson is particularly noteworthy, an individual who spent 15 years with the New York Ballet Company before assuming leadership of San Francisco Ballet troupe in 1985.

Undoubtedly therefore, Nordic dance still develops from tradition, but is now infused with a modern, energetic fervor. This autumn, London locals and tourists alike will have the opportunity to observe this metamorphosis at Sadler’s Wells. ‘Northern Light – A Season of Nordic Dance’ is the first ever program focusing solely on Scandinavian influences and welcomes a plethora of artists from the North. The season of six productions showcases a variety of established and emerging choreographers and performers, highlighting the vitality and outstanding creativity of the region.

The Royal Swedish Ballet is particularly in the limelight this year. Being the first time that the troupe have performed at the Sadler’s Wells since 1995, this return holds momentous significance. Under the artistic direction of Mats Ek, the Swedes re-create an exhilarating take on Shakespeare’s most famous love story, Romeo and Juliet. Instead of following the traditional score of Sergei Prokofiev, dancers perform alongside a Tchaikovsky score within a sinister, urban setting. 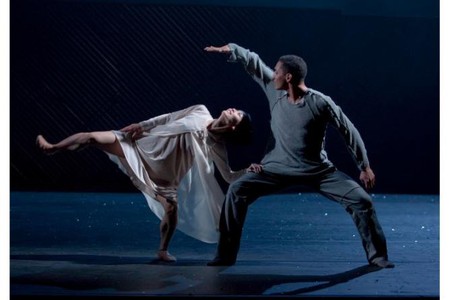 Another performance putting Nordic dance on the map is Jefta van Dinthner’s ‘Plateau Effect.’ Having lived in Sweden, the Dutch-born choreographer brings a thriller-esque dance interpretation to the stage, exquisitely performed by the renowned Swedish dance troupe, the Cullberg Ballet. The dance involves nine performers and a large piece of fabric that is repeatedly manipulated to serve a number of dramatic purposes.

In addition to this, smaller dance companies are also contributing to the field of experimental Nordic dance. Of the Finnish artists, one to watch is Maija Hirvanen’s ‘For Those Who Have Time,’ which explores the power of movement with constantly transforming bodies, complete with many balloons. Finally, Danish choreography boasts Mette Ingvarsten’s ‘The Artificial Nature Project,’ a performance mingling visual installations with high-energy dance. Innovative in every way, it is a pleasure to watch dancers playfully wielding leaf blowers as they sculpt the confetti-filled stage. 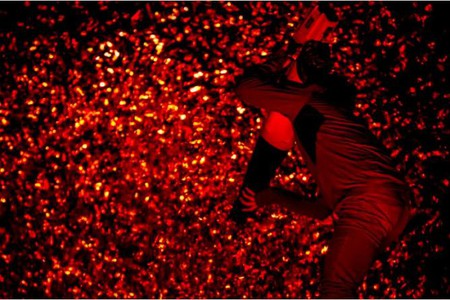 Ultimately, Scandinavian dance culture has come a long way from the folkdances of the Nordic sagas, medieval village traditions and classical ballet conventions. Audiences should take note of the electrifying creativity and new individualism bursting out of Scandinavia’s contemporary performers – Sadler’s Wells’ insightful look into Nordic culture through the prism of dance offers the perfect opportunity to do this.