Why Less People Are Moving to Norway Than Ever

Norway is a popular destination for expats. People from far and wide are drawn to the Scandinavian country for a variety of reasons, one being the high quality of life. And yet, according to data accumulated by the Norwegian Central Statistics Bureau, last year marked the largest ever decline in immigration the country has ever seen. Here’s what’s really going on.

Is it a reform issue??

In 2017, the registered immigrants in Norway were 58,200. That’s 8,600 less than in 2016 – the largest proportional decrease the country has seen so far. It begs the question: is the political situation in Norway somehow affecting this change? At a first glance, the idea is not without merit as an immigration reform act passed by the Stortinget in late 2016. The reform, which came into effect in 2017 included new rules that needed to be followed in order to acquire permanent residence or citizenship in Norway.

And then there was the incident that occurred in early 2018 when Norway’s right-wing coalition government faced scrutiny due to comments made by Silvi Listhaug, its then Minister of Justice, Public Security, and Immigration. Listhaug claimed that the Labor Party, with its pro-immigration stance, “cares more about the rights of terrorists”. She resigned after the incident but was replaced by “immigration hardliner” Per Sandberg and finally with Tor Mikkel Wara of the FrP, a political party that’s known for its anti-immigration stance. But despite the fact the current political climate may not seem as immigration-friendly, the truth is the immigration reform act is not that radical. Not enough to warrant such a big drop in numbers. So, what gives? 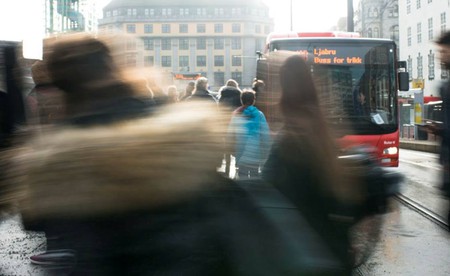 A look at socio-geographic factors

With the rules for entry and stay in the country being more or less the same, the Norwegian Central Statistics Bureau decided to look into the places most of the immigrants were coming from. What the findings showed was the number of European citizens entering Norway remained unchanged. In contrast, the net immigration of Asian and African citizens to Norway fell by 3,800 and 1,000, respectively, from the previous year.

Taking things into context, 2016 was an unusually big year for immigration due to the war in Syria and the refugee crisis that occurred in late 2015. The majority of immigrants who reached Norway were mainly from Syria and other Asian countries. But the Schengen area border controls and the agreement between Turkey and the EU in spring 2016 limited the asylum flow to Europe – ultimately affecting the number of people who would reach Norway. So although the drop in immigration was very big in 2017, if you take into account the also atypical increase of 2016 and the nationality of the immigrants, it all starts to fall into place. 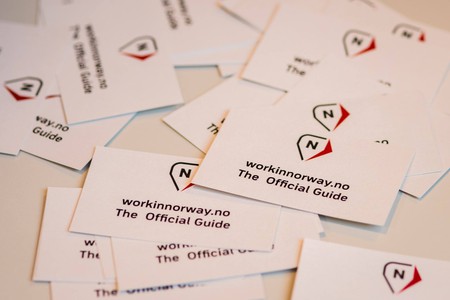 If you want to work in Norway, this website will help | Courtesy of Arbeidsinnvandring / Work immigration - UDI

At any given moment, a country’s population is not just affected by how many immigrate and from where, but also by how many people choose to leave. According to the Norwegian Central Statistics Bureau, these last three years have seen the highest levels of emigration from Norway – but it’s not the Norwegians who leave, at least not for the most part. About three out of four people who leave Norway are European citizens, half of them originally from Eastern European countries. Swedes also seem less enthusiastic about living in their next-door neighbor. Figures show that fewer Swedish citizens came to Norway in three consecutive years than the number that moved away. The Bureau’s findings indicate that “changes in economic conditions at home and abroad in recent years have made it relatively less attractive to work in Norway”.

When all is said and done, however, Norway remains the country with the highest standard of living in the world. If you want to call it home, there are no statistics that should deter you.