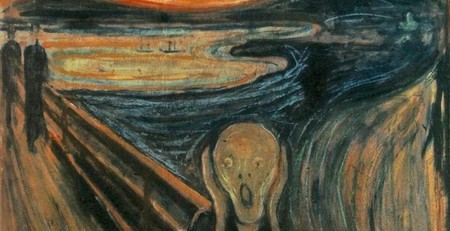 This week, Norwegian scientists publicized a new theory that Edvard Munch’s The Scream may have in fact been inspired by a rare cloud phenomenon.

As one of the 20th century’s most iconic works of art, Edvard Munch’s The Scream (1893) still echoes; yet the Norwegian Expressionist’s chilling magnum opus has yet to be definitively decoded. Given Munch’s known battle with failing mental health, it was long believed that the emotive sky and the subject’s paralyzing dread was an Expressionist portrayal of anguish. 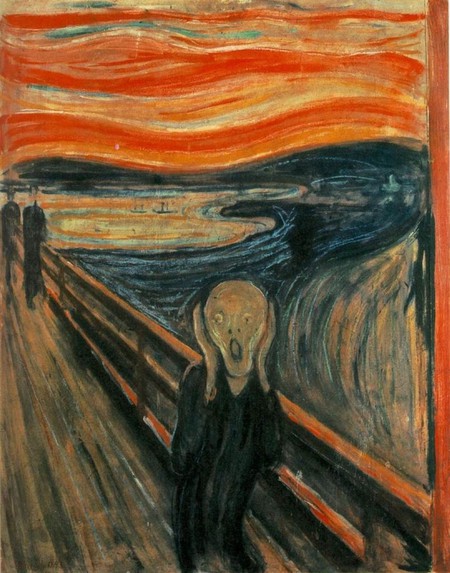 That was until 2004, when American astronomers proposed that reflective particles suspended in the air following a volcanic eruption in 1883—the same year Munch completed The Scream—fostered an unusually spectacular evening sky over Oslo.

But on April 24, 2017, a group of Norwegian scientists put forth a tangential theory: that Munch conceived of The Scream after witnessing a rare cloud phenomenon formed by low winter temperatures at high altitudes. Nacreous clouds, also known as “mother-of-pearl” clouds are characteristically thin, illuminated by dawn or sunset, and “so beautiful you could believe you are in another world,” according to Helene Muri from the University of Oslo.

At the annual meeting of the European Geosciences Union in Vienna on Monday, this new hypothesis that Munch was terrified by an unusual atmospheric event was publicized. “We know from observations dated to the late 19th century that nacreous clouds did appear over Oslo during the time period,” Muri explained to Live Science. “And from Munch’s journal entries, it seemed like a physical event, a natural phenomenon, he was describing.”

This theory indeed aligns with a journal entry left by Munch recounting the infamous sunset that inspired his greatest painting. On January 22, 1892, the artist supposedly wrote: “One evening I was walking along a path, the city was on one side and the fjord below. I felt tired and ill. I stopped and looked out over the fjord—the sun was setting, and the clouds turning blood red. I sensed a scream passing through nature; it seemed to me that I heard the scream. I painted this picture, painted the clouds as actual blood. The color shrieked. This became The Scream.“