Norwegian Royal Guard Suffers Under Heatwave While on Duty 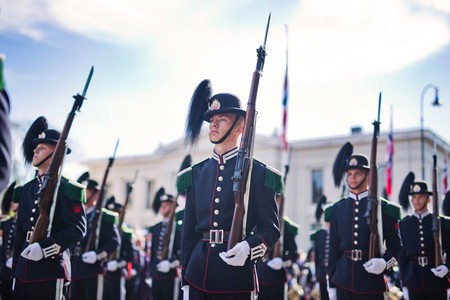 The men and women of the Norwegian Royal Guard are trained to face a variety of different scenarios. But a heatwave? That wasn’t on the list – which makes sense if you consider Norway’s typical cold climate. But with the abnormally high temperatures lately (this May was the warmest in 100 years), steps had to be taken to ensure the well-being of the soldiers on duty.

The Norwegian Royal Guard has been protecting the King since 1856. What started as the “Royal Norwegian Company of Marksmen” in Stockholm – while the union between Norway and Sweden still held – evolved into His Majesty The King’s Guard (Hans Majestet Kongens Garde) in Oslo after the union was dissolved. Nowadays the Royal Guard, which comprises both men and women (just like every other division of Norway’s military forces), is stationed outside the Royal Palace, Skaugum Estate, Bygdø Royal Farm, Akershus Fortress and Huseby military camp, 24/7, all year long. The changing of the guard has a ceremonial aspect, whereas drill exercises supervised by HRM King Harald V are being held throughout the year and a parade takes place in the summer. For the most part though, the guard stands straight and sits real still. Until this spring. 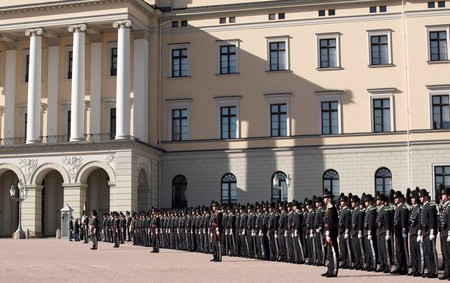 The heatwave that took everyone by surprise

Although you’d be excused not to notice if you’re currently in the northern part of the country (Svalbard maintains a cool three degrees Celsius for instance), Southern Norway is suffering. A heatwave that has settled since mid-May has brought temperatures that reached 32 degrees Celsius – a far cry from the average 12 degrees Celsius that can usually be experienced this season. Given Norway’s penchant for cold winters that last for most of the year, it makes sense that the soldiers’ uniform would be warm enough. But the same warm, traditionally jet-black wool uniforms became uncomfortable for the guards during the heatwave. Add to that the bowler hats with the long mane of buffalo hair, and it’s understandable why steps had to be taken. According to the latest decree from the General of the guard, the rotation of the guards will change so that each soldier spends less time at their post. In addition, and departing from tradition, the soldiers “will be served water all the time while they are on duty”. The news was very well received from the soldiers who, according to NRK’s reporting, had to “moisten parts of the uniform before they go out on duty to dampen the heat”. Here’s to hoping this heatwave will recede soon, so things can get back to normal. 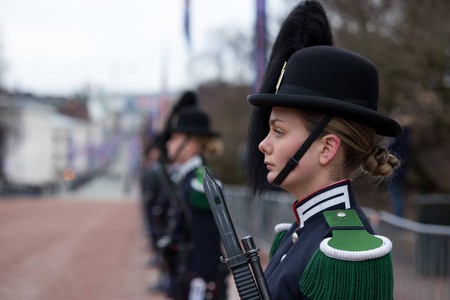