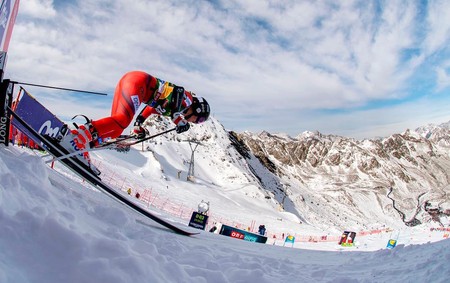 The Winter Olympics in South Korea are upon us — and as a former host, it is very important for Norway to lead by example. So when the official sweater for its Alpine ski team came out, people noticed there was something about it that could not be tolerated. Read on to learn how an ancient rune, an alt-right movement and a thoroughly respectable sweater company got caught up in a wooly mess, just before the flame in Pyongyang lit up.

The rune of war

Alpinlandslaget, Norway’s official Alpine ski team, have a slogan: they’re called the ‘Attacking Vikings.’ So when Dale of Norway was tasked with designing the team’s official sweaters, they looked into the country’s warrior past and Nordic mythology for inspiration. What they came up with, was a design that incorporated ancient runes — among them, Tyr, a t-shaped rune that is known as the rune of war (from the Old Norse God with the same name). And this is where things get complicated… 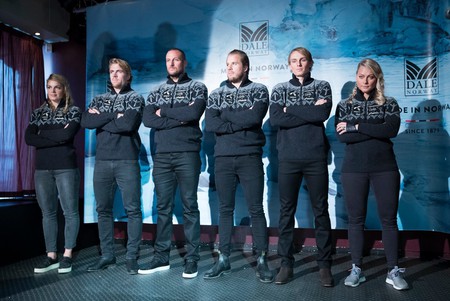 The power of symbols

See, that same rune was also being used in Nazi Germany: it was the official symbol of Adolf Hitler’s Reichsführerschulen, the Nazi Leadership School. The symbol was worn on the arm, just on top of the swastika (coincidentally, the Tyr symbol on the Attacking Viking sweater is also placed on a similar spot on the arm). But even more troubling is the fact that a Neo-Nazi group, Nordic Resistance Movement, has also been using the Tyr rune in their flags and overall branding — because of its association with Hitler, but also because Tyr evokes the idea of heroic glory. This group has been very active in Sweden and Norway (holding demonstrations outside synagogues among other things) and has been recently banned in Finland.

So even though the origins of the Tyr rune are inconspicuous, the fact that it has been appropriated by, and unfortunately associated with, groups that are spewing hate rhetoric, made many people feel like it shouldn’t appear anywhere near an Olympic sports team’s official outfit. Especially since in Norway both the actual sweater and the knitwear pattern of the country’s Olympic teams are always available online for anyone to buy. The chance that, in the next big Nordic Resistance Movement rally, everyone would appear wearing the Attacking Viking sweater, was just too big to ignore. 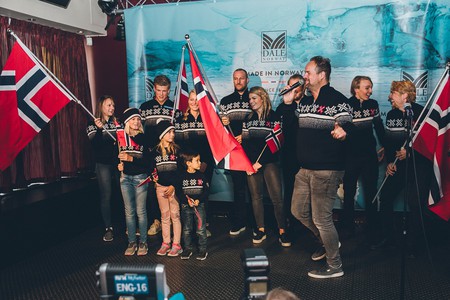 So among the controversy, a new sweater was released: Olympic Passion, also by Dale of Norway, which is also Norway’s overall official sweater for the Games (whereas the Attacking Viking was designed specifically for the Alpine team). The Norwegian Ski Federation has given the athletes the choice to wear whichever sweater they prefer — although they did organise a second photo shoot after the controversy, where most of the athletes chose to wear the new, non-offending design.

As for the Attacking Viking? The knitting pattern won’t be made public this time, but Dale of Norway refused to remove it from their shop. According to their CEO, this symbol is part of Norwegian heritage — and it shouldn’t be ostracised because a fringe group has also opted to use it. It certainly raises an interesting conversation regarding the cultural appropriation of symbols (even the swastika, was originally a religious symbol in Asia before the Nazi party appropriated it). But ultimately, there will be many eyeballs on the Norwegian team when its athletes will be competing in the Winter Olympics. It’s best if the world is looking at them for the right reasons.