Norway Is Reducing Its Use of Plastic at Supermarkets, Here's Why 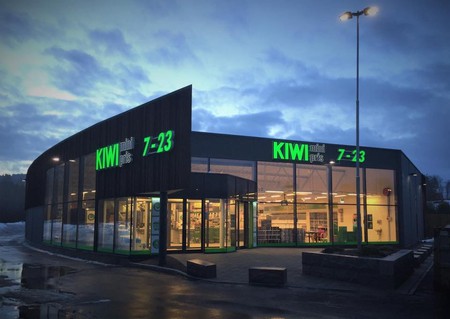 KIWI supermarkets are leading the fight against plastic | Courtesy of Kiwi

Compared to the rest of the world, Norway’s plastic waste situation is not that dire. Thanks to meticulous recycling and initiatives such as plogging (where you gather the trash you find on your way whilst jogging), about 80% of plastic bags are used for waste. Meaning very few ends up in nature. But “very few” are still too many. A tragic incident with a whale near Bergen was a reminder of that, pushing Norwegian supermarkets such as KIWI to do better when it comes to plastic bags and packaging. Here’s what’s changing.

Early this month, KIWI was named “Norway’s most sustainable grocery chain”. The company, which comprises 650 stores in Norway, has already been using plastic bags made from 50% recycled plastic since 2016 – saving an average of 2,800 CO2 tons per year (that equals the emissions from 1,000 diesel or gasoline cars). But this year, KIWI Director Jan Paul Bjørkøy and Director and Communications Officer Kristine Arvin are prepared to go the extra mile.

It was a tragic story with a whale that spurred things forward, both for the company and for their customers. A dying whale washed up near Bergen, with 30 plastic bags found in her stomach. Shortly after, even consumers who weren’t necessarily environmentally conscious began to demand a reduction in the use of plastic – and KIWI listened. Starting this month, they’re offering paper bags instead of plastic bags while continuing to sell reusable bags as it’s popular among customers. By the end of the year, they will be switching to fully recyclable plastics and by the end of 2020, the aim is to reduce their plastic use in fruit and vegetable packing by 800 tons (currently at 1,000 tons). This shift is affecting other businesses as well, creating a chain reaction of the best kind. 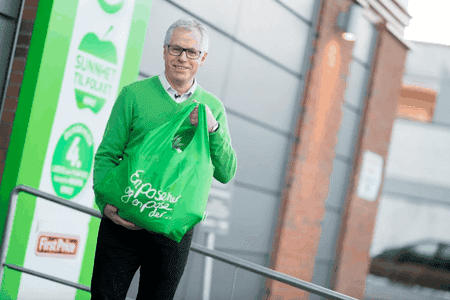 The fruit and vegetable packaging problem

It’s one of those things that we’ve grown to take for granted, but have you noticed how much plastic is involved in the packaging of food and vegetable at supermarkets? BAMA, Norway’s largest fruit and vegetables distributor, certainly has. With berry season in Norway well on its way, the company is committed to supplying 20 million paper trays of berries to the supermarkets, which would reduce the plastic used by 300 tons. Just removing the plastic packaging of avocados, a fruit not native to Norway yet very popular, can reduce the amount of plastic used throughout Norwegian supermarkets by 120 tons. Both BAMA and KIWI agree that although plastic is necessary to some extent (to preserve products), the reduction of its usage is not only possible but necessary. Plus, that way you get to squish the avo’s to see if they’re ripe. 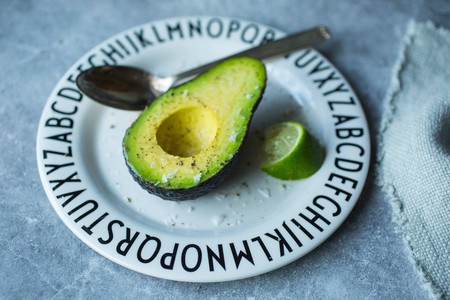 No more plastic packaging for avocados | Courtesy of MENY

MENY, the Danish and Norwegian supermarket chain, is also working with BAMA to reduce plastic packaging. Their goal is to use 150 tons less plastic by 2020 when it comes to fruits and vegetables. They also aim to switch to recyclables bags by the end of this year with the exception of cases where plastic bags can’t be avoided. Stronger in-store coolers will help increase the durability of products to account for the lack of packaging. MENY also has a salad bar station that’s very popular amongst their customers, and they’ve now switched to paper salad containers which equal to six fewer tons of plastic per year. If you’re doing the math throughout this article, that’s 1,260 tons of plastic reduced by 2020, just by being more mindful of our salad packaging. Norway is definitely doing a great job in proving that big changes can come from something as small as an avocado. 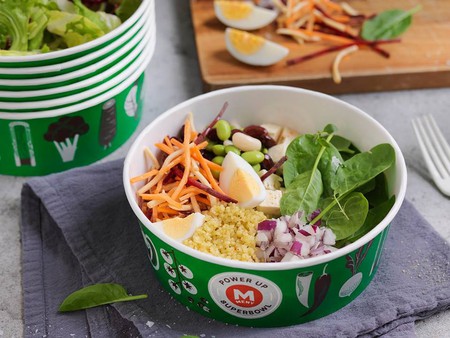