Norwegian Delicacies and Where to Try Them 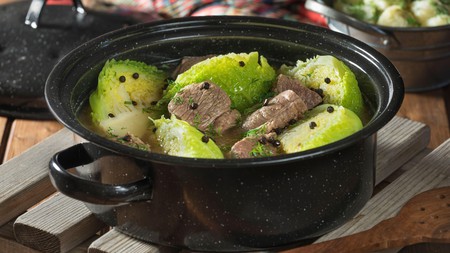 Thanks to the country’s rich history and well-placed location, Norway has developed a large variety of unique and distinctive delicacies. Here’s our pick of traditional Norwegian foods and the best places to try them. 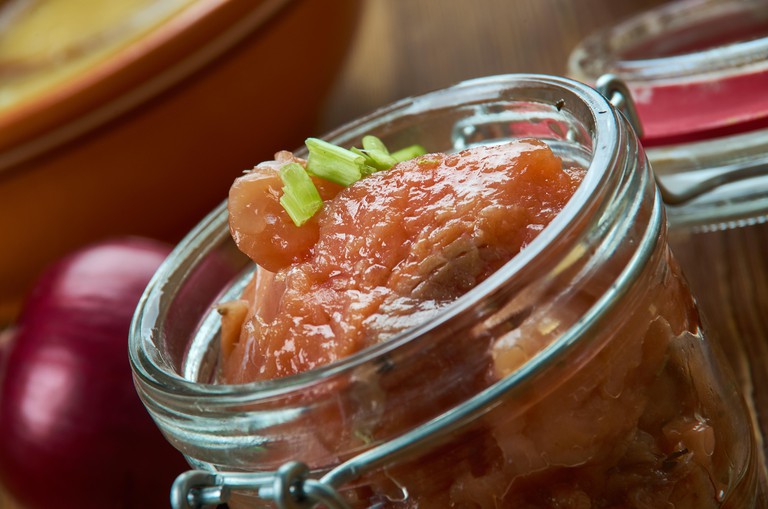 Salmon is a staple food when it comes to the Norwegian diet, with the country’s long coastline and many fjords producing ample amounts of fish. Due to the colder temperatures, the fish grow over a longer period of time, allowing them to develop a deeper, richer flavour. While salmon forms the basis of many Norwegian dishes, it can also be served on its own. Coming mostly in smoked form, it is widely known as røkt laks. Another way of preparing salmon is gravlaks, which literally translates as ‘buried salmon’. Using a blend of salt, dill and sugar, the salmon goes through a process of being dry-cured for 24 hours. Don Pippo restaurant in Bergen serves a variation of røkt laks with their smoked trout dish, røkt ørret. For a more unique dining experience, try Kjerag Café & Restaurant, also known as The Eagle’s Nest, for succulent salmon and panoramic views from Lysebotn and the Lysefjord. 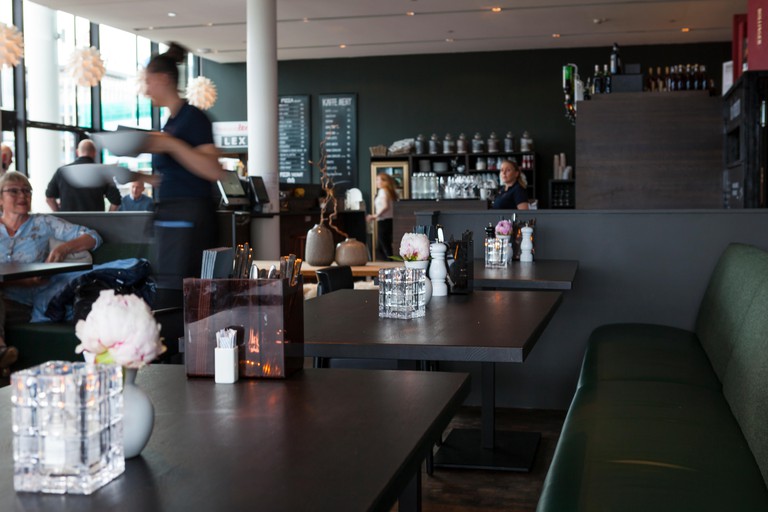 Another notable Norwegian fish dish is tørrfisk. This unsalted and cold air-dried fish originates from the far north of Norway, particularly from the islands of Lofoten and Vesterålen. This speciality was one of Norway’s earliest delicacies and has been a traditional dish since the 12th century. Tørrfisk, which is also known as stockfish, is typically made with cod, but sometimes consists of haddock or pollock. The method of cold air-drying is one of the oldest preservation techniques in the world, giving tørrfisk a long shelf life of up to several years. Tørrfisk is also cured through a fermentation process similar to that by which cheese is matured. Special bacteria that can survive in freezing temperatures are used to slowly mature the fish, giving it a richer flavour. Tørrfisk can also form the basis of other fish meals, such as a delicacy called lutefisk. For this, the tørrfisk is softened by soaking it in water, which is infused with lye, before grilling. Try Du Verden restaurant in Svolvær for some tasty grilled tørrfisk, or Børsen Spiseri on the quayside for their tørrfisk sonata feast. 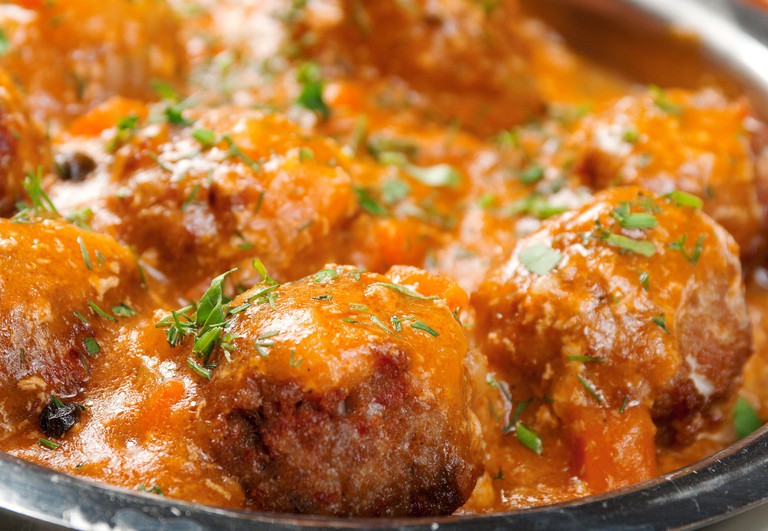 Meat also makes up a number of popular Norwegian delicacies, such as kjøttboller or kjøttkaker. These can be described as rougher versions of Swedish meatballs, differing in that they are a more loosely bound patty of beef that is flavoured with ginger and nutmeg before frying. These robust meatballs are usually served with either mashed or boiled potatoes before being drizzled with a cream sauce or a hearty gravy. On some occasions, this meat delicacy may also be served with the side dish kålstuing, made from creamed cabbage. According to Norwegian tradition, kjøttboller were supposedly invented during the 18th century. Kjøttboller were also associated with the wealthy classes, being made with a grinder – an expensive piece of kitchen equipment during this time. Over the years, these famous meatballs have developed in style, with people nowadays often adding their own culinary twist, like mixing oats in with the meaty mixture. Check out Naboen Pub & Restaurant in Bergen, which serves kjøttboller with creamy gravy and lingonberries. 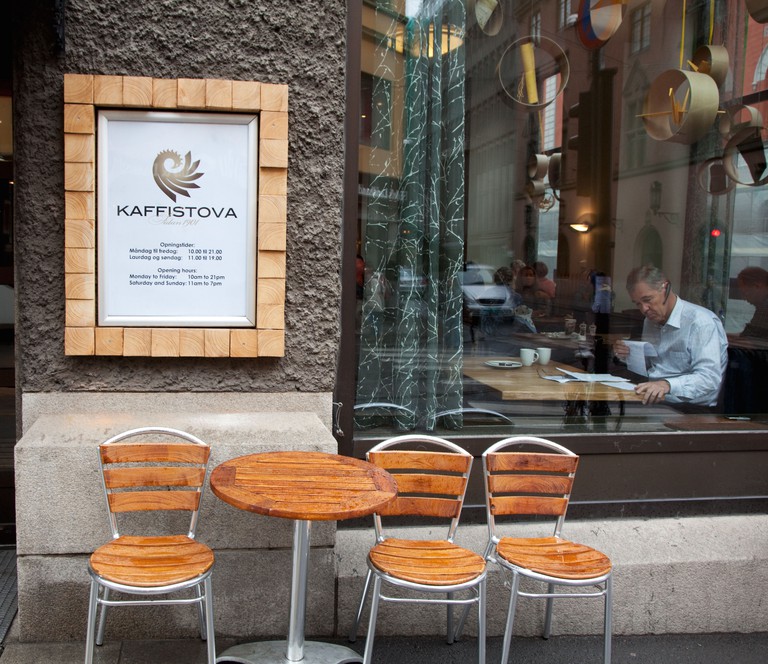 © Kim Kaminski / Alamy
Due to its northerly location, Norway regularly experiences long and harsh winters. Nothing warms Norwegians up more than a hearty stew, and in particular, a bowl of their favourite fårikål. Commonly found in more western parts of Norway, this robust mutton stew, made up of only a few ingredients, is relatively easy to prepare. The only ingredients required are mutton and cabbage, with peppercorns and salt for seasoning, which are then layered together in a large pot. Covered in water and cooked until the meat is tender, fårikål is conventionally served with a side of potatoes. The dish is so popular that there is even a Fårikål Feast Day celebrated on the last Thursday in September each year. Great places to try this dish are Kaffistova and Dovrehallen in Oslo, both specialising in authentic Norwegian food. 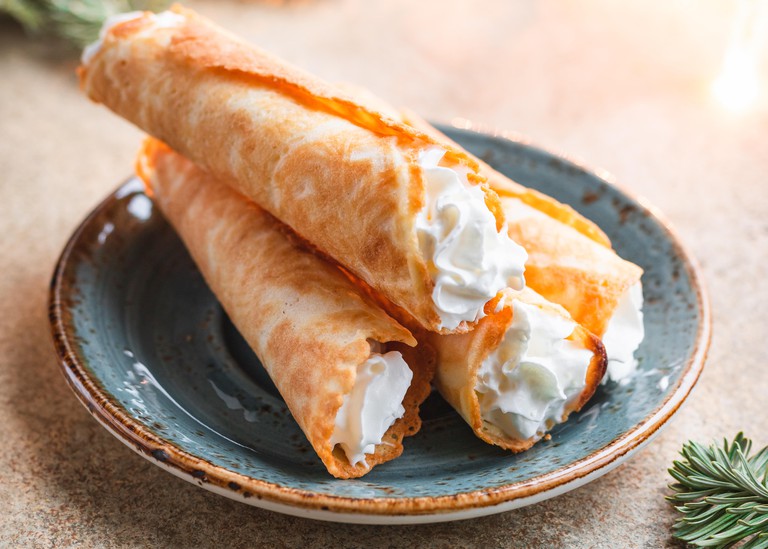 © Edalin / Alamy
Those with a sweet tooth can satisfy their cravings with krumkake. Translated as “curved or crooked cake”, krumkake consists of paper-thin rolls of a waffle-like pancake, which are then filled with whipped cream or any other desired filling. Krumkake can be said to be similar in style to an Italian pizzelle, being cooked in a special two-sided iron griddle. The griddles often print feature decorations onto the sides of the krumkake. Whilst the krumkake is still hot from the griddle, it’s wrapped around a wooden spoon, creating a cone-like shape that can then be filled with sweet fillings. Krumkake is available in most Norwegian bakeries, but one to try is Vaaland Dampbakeri & Conditori in Stavanger, which has been making Norwegian cakes for over a hundred years. 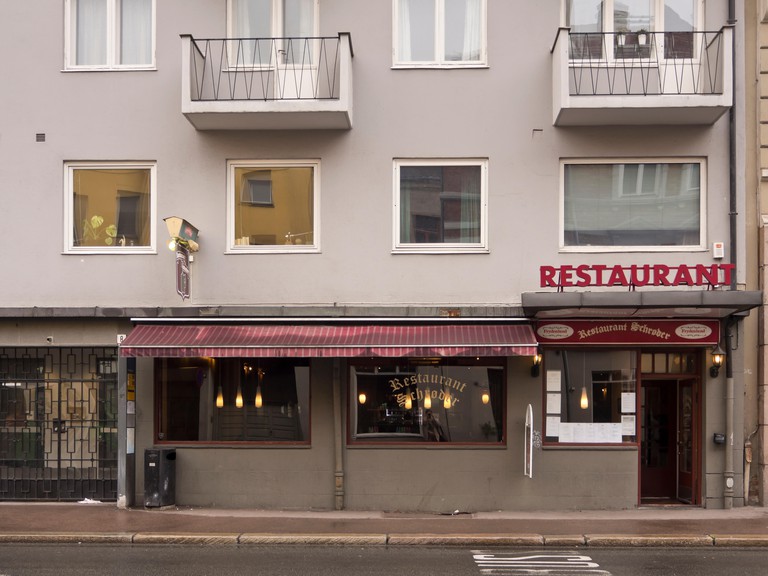 Christmas time in Norway sees the cooking of many unique and unusual delicacies, including pinnekjøtt. This is a lamb-based dish, more commonly found in western and northern parts of the country. To prepare pinnekjøtt, the lamb must first be cured, either by buying pre-cured meat or, as in many Norwegian households, using traditional techniques with brine. Next, the lamb is cold air-dried on racks, which are often smoked to prevent mould from forming. After the drying and curing processes, the racks are sliced into individual ribs and soaked in water to cleanse them of their salt content. To cook pinnekjøtt, the meat is steamed whilst topped with birch branches, giving the speciality its name, which literally translates as “stick meat”. When the pinnekjøtt is fully cooked, it can be served with sausages, mashed potatoes and puréed swedes. To sample this traditional Norwegian meal, try Restaurant Schrøder in Oslo, which has been serving traditional Norwegian food since 1956, and Olympen, also in Oslo, which serves this dish at Christmas time. 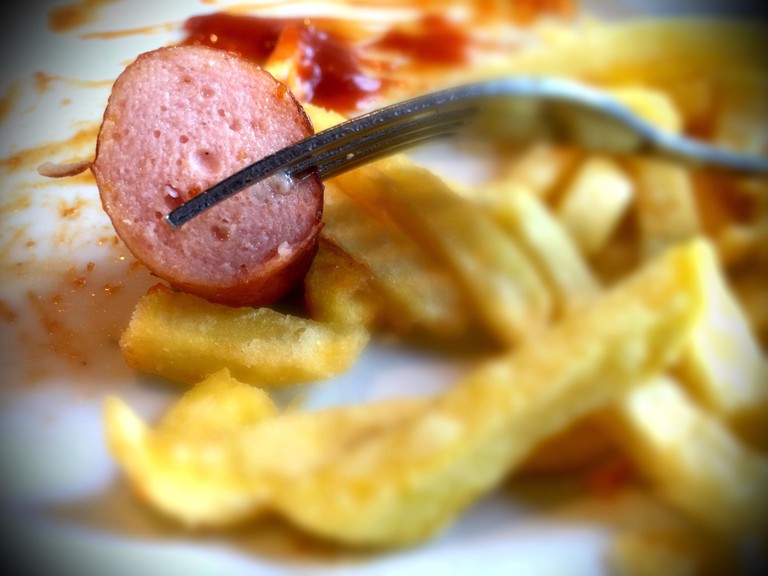 © Fantomfoto / Stockimo / Alamy
Norway also has fast-food specialities for on-the-go eating, the most common being pølse. This popular sausage has a similar style and flavour to a hot dog or a frankfurter. An import from Norway’s neighbour Denmark, pølse became a favourite delicacy during the 1950s. Originally enjoyed either grilled or boiled, soon pølse were served inside bread or, in a more traditionally Norwegian method, with lompe. This flat, tortilla-like bread is made simply from flour and water. Wrapped around the sausage meat, Norwegians nowadays enjoy this delicacy with a variety of condiments. The best place to try pølse med lompe in Oslo is Syverkiosken – a small kiosk that has been serving these sausages since 1979 using their family’s secret recipe. Similarly, Smelteverket Heart and Soul in Oslo is also renowned for its wide selection of pølse, which can be washed down with Norwegian craft beers and live local music.

Restaurant, Northern European, $$$
Facebook
Email
Twitter
Pinterest
Copy link
Share
Map View
Another festive speciality dish is the unusual and “not for the faint-hearted” smalahove, made from a sheep’s head. Originally associated with the lower classes in Norwegian society, and more commonly eaten in its western regions, smalahove has now become a widespread Norwegian favourite. In order to create this dish, the skin and fleece of the sheep’s head must first of all be seared. After, the brain is removed, and the head is seasoned with salt and then air-dried. Occasionally the brain is left inside the head, being cooked along with the meat or fried and eaten separately. If the brain is removed, the salted and dried head is then boiled until cooked and served with mashed potatoes or swede. The Lorry restaurant in Oslo is famous for its smalahove during the Christmas period, which must be ordered with a couple of days’ notice.

Reindeer are unique to northern countries and are often used in traditional Norse dishes and stews. One such stew is finnbiff and consists of a number of flavourful ingredients mixed together to create a unique combination. First, the reindeer meat is cut into shavings which can be cooked quickly, before being browned in a pot alongside bacon and mushrooms. Next, water is added, leaving the meat and vegetables to boil and simmer, which creates a rich stock of flavour. Finally, a mixture of crushed juniper berries, sour cream, thyme, milk and brown goat’s cheese is added. Zupperia in Bergen specialises in creamy finnbiff made with mushrooms. 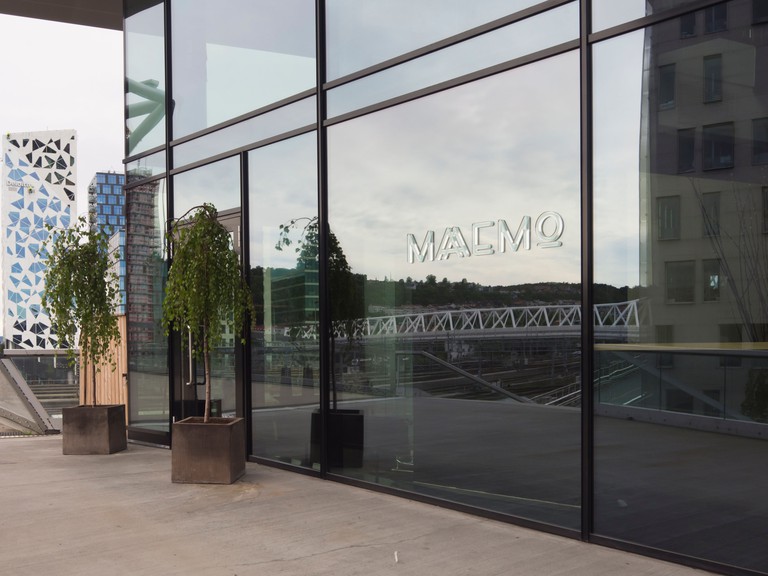 Used in the cooking process of many Norwegian delicacies, and typically consumed during festive occasions and celebrations, akevitt is Norway’s national drink. The name derives from the Latin words aqua and vitae which translate as “water of life”. This alcoholic beverage is made from potato and is flavoured with caraway, dill and other herbs and spices. Akevitt has a rich history of popularity in Norway, with roots going back to the 15th century. Variations of akevitt can be found throughout Scandinavia, but Norway creates its own twist on the drink by maturing the beverage in oak casks. It is then served at room temperature in tulip-shaped glasses. Sip on this beverage at Maaemo while enjoying a unique dining experience, or at Pingvinen in Bergen as the perfect accompaniment to their traditional Norwegian food.