Scandinavian Design has long been used as an all-encompassing term to refer to the design from a number of countries, including Norway. Rarely thought of as a separate entity in terms of design practices, Norway in fact has its own unique design identity. 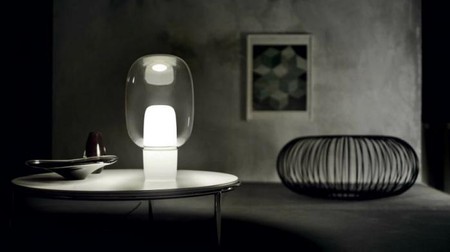 For a country that spends long stretches of the year shrouded in darkness, it is hardly surprising that innovative lighting is a strong feature of Norwegian design. Norway boasts of a number of exciting new product designers, as well as some more seasoned ones, all of whom have at least dabbled in the field of lighting design. But this is not all that Norway has to offer; with a burgeoning gastronomic culture, there is also a strong theme of dining related design in Norway. From coffee pots, to crockery, to furniture, there is a hint of what is traditionally thought of as the hallmarks of Scandinavian design. Clean lines, simple designs and pale, indigenous woods all feature alongside new, exciting, and sometimes quirky aesthetics. 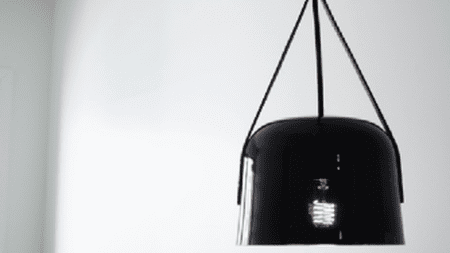 Based in Oslo, Norway, Øyvind Wyller is a furniture and product designer who focuses primarily on interior objects such as furniture, lamps and accessories. Often working in collaboration with other designers and companies to create his pieces, Wyller’s work combines the classic elements of Scandinavian design with unusual aspects. For example the In Darkness lamp which was launched at the Wallpaper* Handmade exhibition during Milan Design Week (April 2013) was made in collaboration with Magnor Glassverk, a company with over a century of experience in glassmaking. A pendant lamp formed of a handcrafted glass shade, leather strap and a classic style bulb at the end of a fabric-coated cord, the In Darkness lamp creates a juxtaposition between light and dark. The dark colour of the glass shade creates a dimly lit atmosphere, whilst the area directly below the lamp is brightly lit. 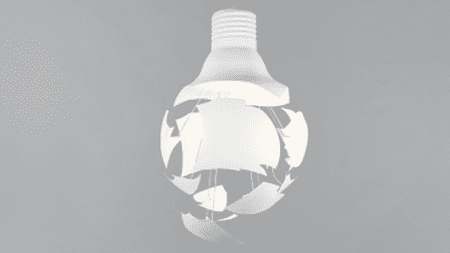 Founded in 2005, Northern Lighting is a company that has since established itself as a small and dynamic Nordic company specialising in the design and manufacture of lights. Inspired by Nordic nature, culture, society and the special quality of natural light in Norway, these designer lights aim to create a specific mood. The company retails in more than 30 countries and sticks to a set of principles that promote Norwegian culture within creative design. Describing itself as a commercial hub for designers, Northern Lighting showcases designs by both young up-and-coming talents as well as by recognised designers. The range of lights created is vast and varied; whether simple and stylish or fun and quirky, Northern Lighting’s designs are desirable objects in any home, and give a true sense of Nordic design. 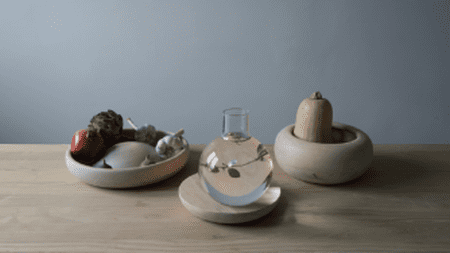 Young Norwegian designer Kristine Five Melvær specialises primarily in product design, but also explores object communication, combining product and graphic design. Looking into the communicative potential of objects to convey an emotion or sensibility, her work is soft and sensual, creating a dialogue between Scandinavian simplicity and emotional investment. Often working with Scandinavian Birch wood, objects such as Soft Bowls appear tactile and inviting; these are objects to be used. Another example of the sensual nature of Melvær’s work is the Liquid Light, a Birch wood plate that holds a glass carafe and a brass socket candle holder. When the carafe is filled and the candle is lit, the light is amplified by the water in the carafe to create a lamp; this was inspired by the Cobbler’s Lamp from the 17th Century. 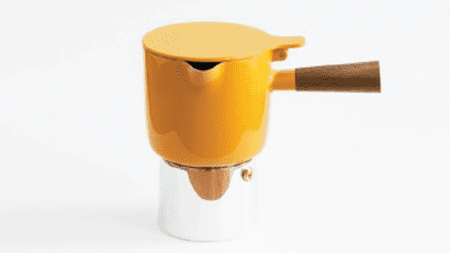 Established in 2009, Anderssen & Voll was founded by Torbjørn Anderssen and Espen Voll who were previously among the founders and running partners of the design group Norway Says for ten years. Working within various design fields, Anderssen & Voll focus primarily on the design and creation of domestic products. Paying close attention to both cultural and market trends, they apply their knowledge to create innovative and desirable products for their clients, and have won multiple design awards in doing so. Their furniture and products are clean and simplistic, often in an array of bright colours that give a sense of Nordic culture, for example the Good Morning Moka Pot. Made from aluminium with a Walnut wood handle, this coffee pot is for extra strong coffee or espresso. Anderssen & Voll described it as ‘a hybrid of the classic Italian pots, traditional Japanese handicraft and Norwegian cravings for extra strong coffee.’ 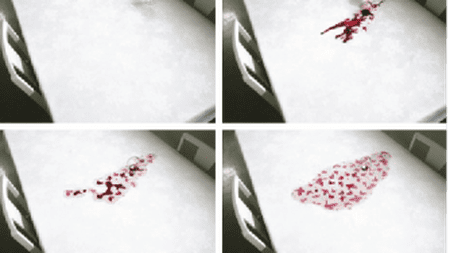 Taking a more conceptual approach to product design, Kristine Bjaadal is a young Norwegian designer whose work often contains small hidden surprises. She looks at everyday objects in a new light, often turning negative situations into something positive through the means of design. A classic example of this is the Underfull tablecloth prototype design. At first glance, the tablecloth appears to be a traditional white floral damask; an ordinary tablecloth. However, on the basis that at some point during a dinner party someone is bound to spill their wine, the tablecloth has a hidden secret that is revealed by the wine stain. Emerging from the floral damask are butterflies, coloured by the stain. This means that even if the stain is not completely removed, the tablecloth is not ruined; the hidden butterflies will become more visible the more stained the cloth becomes, thus giving the item a sense of emotional value. 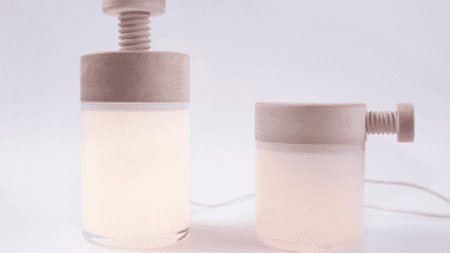 A recent Product Design MA graduate from Oslo & Akershus University College, Norway, Caroline Olsson is certainly one to watch for the future. As well as studying at Oslo University College from 2004 – 2007 to become a teacher in arts and crafts, and interning at Anderssen & Voll in 2012, Olsson has come on leaps and bounds with her own design practice, winning numerous awards for her products. Made from Birch wood and mouth blown glass, Olsson’s Turn light is a softly glowing lamp inspired by old workbenches, often found in wood workshops in Norway. The tightening mechanism that gives the product its name is essentially the dimmer switch, and can be either tightened or loosened to change the quality of light the lamp emits. By updating a classically Norwegian design feature, it both commemorates the old craft traditions of woodwork that were a bedrock of Nordic culture, as well as creating an aesthetically pleasing and tactile product. 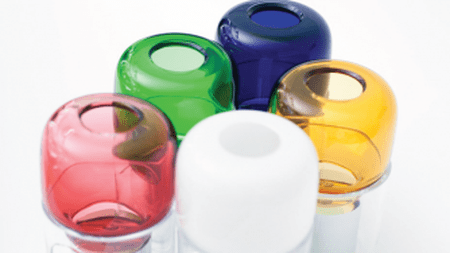 Established in 2002, Frost Produkt is an Oslo based product design consultancy and comprises of a number of product and industrial designers with many years of experience. Working with a diverse range of clients, the feel from Frost Produkt is one of positive creativity, which the design team applies to a wide range of product sectors including cycling and related systems, interior design products, sports and safety goods, packaging, outdoor furniture and so on. With the aim of providing sustainable and holistic products as well as design solutions, Frost Produkt’s designs have been featured at a number of design fairs, such as the Nott lights, the prototypes of which were made in 2012 for 100% Norway at the London Design Festival. Shown in five different colours, Nott lamps are oil lamps made from hand-blown Czech glass and polished aluminium, named for the infamous balloonist, Julian Nott. 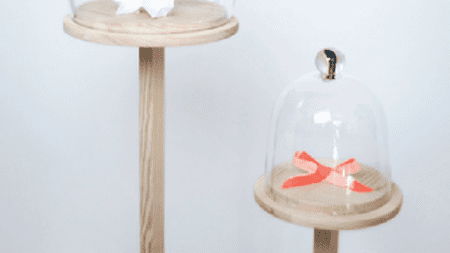 This design studio based in Oslo, Norway is formed of Oslo National Academy of the Arts graduates, Victoria Günzler and Sara Polmar. This design duo established their studio günzler.polmar in 2011, and, together with Sverre Uhnger, are responsible for initiating Klubben (Norwegian Designers Union) in 2012. With the goal of promoting new Norwegian designers and their work, and to increase collaboration and a design community between designers, Klubben arranged its first exhibition The State of Things (Tingenes Tilstand) from August to September in 2012. Curated, organised and designed by günzler.polmar and Sverre Uhnger, this exhibition displayed work from a number of designers, including themselves. Inspired by everyday objects, the designs range from display cases, such as Show & Tell by günzler.polmar, to lamps, furniture and textiles. 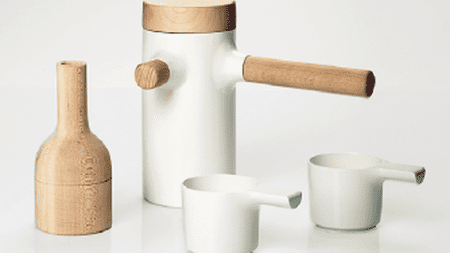 Founded by four Norwegian designers with a dedicated approach to exploring the unknown and improving the known, Strek is an exciting and innovative design collective. Through a respectful use of materials and a hands on approach to development, Strek’s work pertains primarily to the domestic field of product design. Looking at the relationship between the product and the user, Strek aims to develop new experiences in terms of product usage. Consisting of Stian Korntved Ruud, Fredrik Wærnes, Nicolai Gulliksen and Jørgen Platou Willumsen who met at Oslo and Akershus University College, they began working together in 2008 and have since exhibited at a number of design fairs, including 100% Norway 2012 at Tent London. Creating simple yet versatile design pieces ranging from furniture to kitchen ware, Strek are beginning to establish their works in the international market by creating credible design pieces. 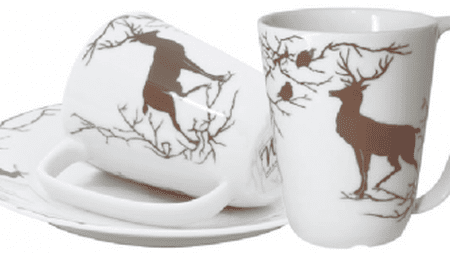 A design duo formed of Linda Svedal Walsøe and Ragnhild Wik, Wik & Walsøe was founded in 2006 after both women decided to take the plunge and quit their stable jobs to focus on developing their studio. Both educated at the Esmod International School of Fashion, Wik and Walsøe worked in a variety of different design and product development professions. Although they initially had to rely on volunteer efforts due to modest means, their studio was eventually established and they were able to develop their own porcelain collection, which debuted in August 2007. Using clean, minimalist shapes and a wide array of interesting pattern design, Wik & Walsøe’s porcelain is effortlessly stylish with an undertone of that classic Scandinavian design. Always developing and producing high quality porcelain that lasts, it is unsurprising that this company have received great attention and positive reviews both in Norway and abroad.