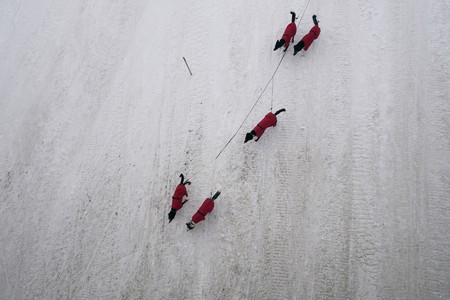 The world’s northernmost dog-sled race tests participants to their limits in the extreme arctic conditions of Finnmark in Norway. This is an intimate snapshot of what really happens during the demanding 1,200km (746mi) course. 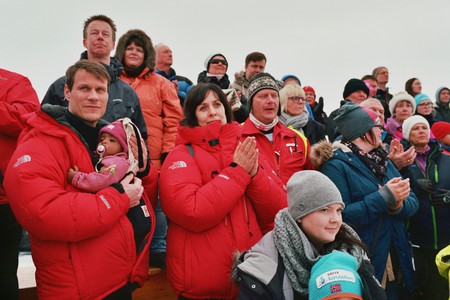 Finnmarksløpet Race supporters at the start of the race in Alta, Norway | © Alessandro Iovino / Culture Trip 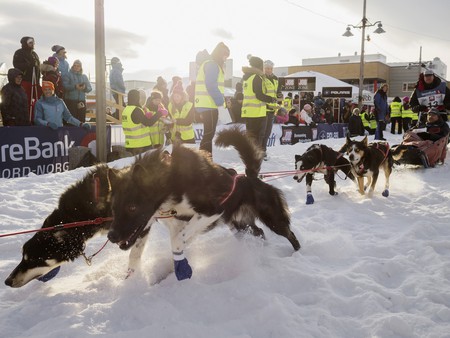 The Finnmarksløpet Race gets started, during which the dogs will pull the sleds more than 1,000 kilometers (600 miles) | © Alessandro Iovino / Culture Trip

In the bleak, frozen wilderness of Finnmark, it is impossible to tell the difference between land and sky when it snows. The woods and mountains are untouched and uninhabited, the weather can change quickly and the temperature may drop to a bone-numbing -40C (-40F). Yet every year in early March, around 50 people from all over Europe gather in Norway’s most northerly county, known as Troms og Finnmark. They come to participate in Finnmarksløpet, the longest and toughest dog-sled race in Europe, where mushers (sled drivers) head into the brutal Arctic landscape with only their highly-trained racing dogs for company. None know when they will eat or sleep again once they set off on the 1200km (745-mile) trail. Many will not complete the course. Yet the event is now the largest annual sporting and cultural event in the region. “In a matter of a seconds the weather can change from clear visibility to a wind storm and the GPS doesn’t work there,” explains Thomas Waerner, a Norwegian musher who won the race in 2013. “With so many kilometres and so little sleep every day, it often happens that you have hallucinations: you might think you see reindeers or moose killing your dogs.” 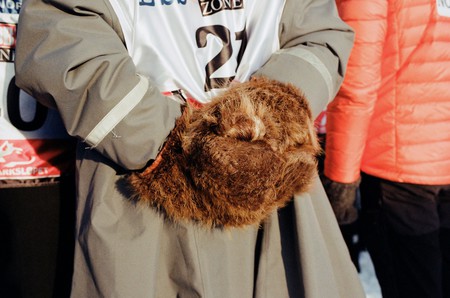 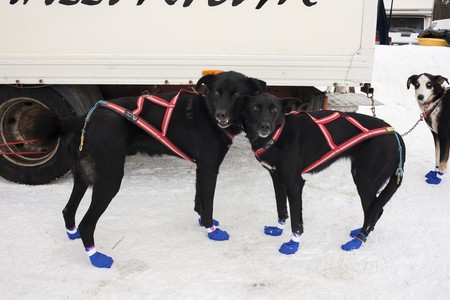 Dogs together before the Finnmarksløpet Race | © Alessandro Iovino / Culture Trip

Inspired by the famous Iditarod race in Alaska, the first Finnmarksløpet took place in 1981 with just three competitors. The number of participants and supporters grew so quickly that by 1985, a second, shorter race class was introduced. In 2018, the race was finally extended to the current 1,200km (746mi) covering a round trip from Alta to Kirkenes with 14 dogs, while the shorter class covers a 580km (360mi) course with eight dogs. There are no stages so the race runs from start to finish without stopping, though there are obligatory rest breaks at designated checkpoints, and the winner usually finishes the course in fewer than seven days. During that time, the Norwegian national broadcaster NRK features daily bulletins on the race and 1 million visitors track the mushers’ progress online. In 2016, the race was also documented by photographer Alessandro Iovino, who took these photos for Culture Trip after finding himself in Alta working on a story about refugees travelling from the Middle East to Norway. “Improvisation and luck have always been good companions once I feel the instinct for a story,” Iovino explains. “It was definitely one of the best experiences of my life, in the pure wilderness with endless snow in the middle of nowhere in the Arctic Circle.” 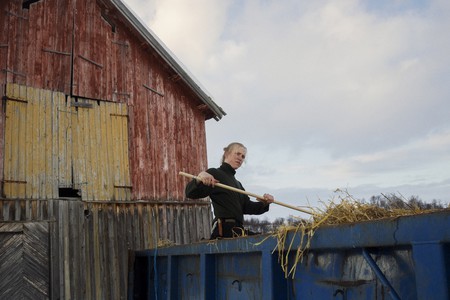 One of the hundreds of volunteers for the Finnmarksløpet Race in Neiden, takes some hay for mushers and their dogs, which is essential for dogs to rest on and sooth their pain | © Alessandro Iovino / Culture Trip 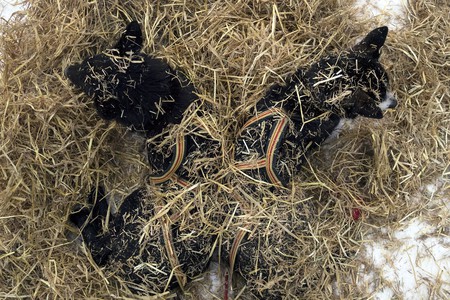 Who wins the race is often determined by the relationship between the musher and dogs. Both must be highly trained and trust one another completely, while the musher needs to prioritise the animals’ food and rest over his or her own throughout. With a 25kg (55lb) dog needing up to 10,000 calories a day, the race is also an expensive commitment with mushers often requiring sponsorship to compete. “Most of their salary already goes to the care of these beautiful animals,” says Iovino. “Dog sled is a lifestyle, from the early morning when they feed each dog to the evening when they train the dogs in the wilderness. But it doesn’t seem an effort for them: they love their life and their dogs.” 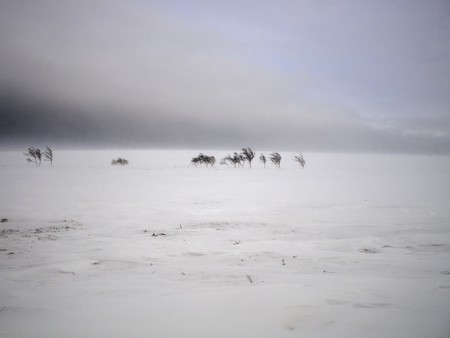 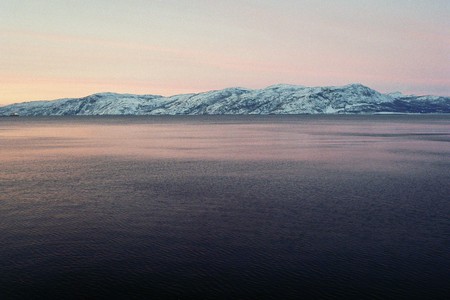 Though the trail is marked, it can be difficult to follow in bad weather conditions which can include heavy snowfall, violent storms and blinding sun. Then the dogs rely on their incredible sense of smell to follow the track. “I was amazed when they told me that sometimes out in the wilderness, some mushers get hallucinations and their dogs bring them home,” says Iovino. 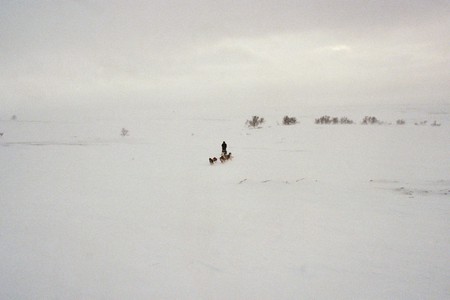 Along the track, most mushers sleep and eat in vans during short breaks at checkpoints. “This yurta is a traditional Sami tent made with thick material to protect from storms and cold,” says Iovino. “It was offered by the Neiden checkpoint team so handlers and mushers without vans could get some sleep. The whole tent is warmed up with a vigorous fire in the middle and there are reindeer skins to sleep on.” 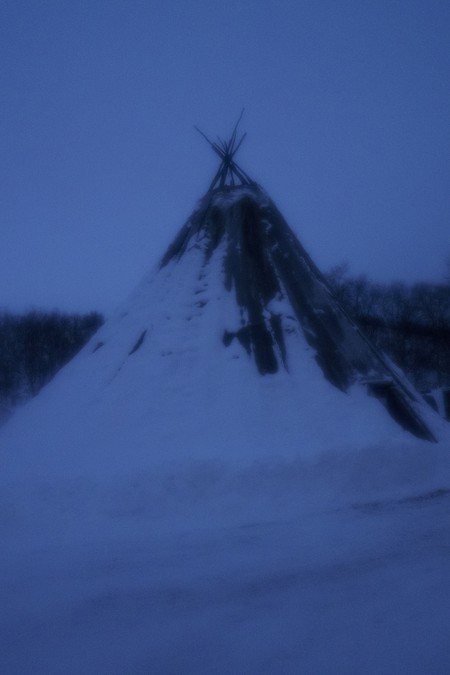 The yurta is the traditional Sami tent made of thick material that protects from storms and cold during the Finnmarksløpet Race. They are essential in the open field where snow and wind drop temperatures to 40C degrees below zero (-40F) | © Alessandro Iovino / Culture Trip

At the Levajok checkpoint along the race route, two dogs sleep curled under woollen blankets. “When teams arrive at checkpoints, the first thing that mushers do is to unleash the dogs, feed them, call the team vet for the routine visit and then cover all the 14 dogs to keep them warm while they sleep” says Iovino. 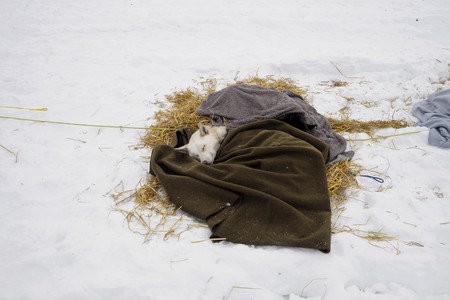 When teams arrive at Finnmarksløpet Race check points, the first thing that mushers do is to unleash the dogs, feed them, call the vet team for the routine visit | © Alessandro Iovino / Culture Trip

On every team, there is one dog considered to be in charge and all others follow its lead at all times. “The alpha dog communicates with the rest of the team in a way that most humans wouldn’t be able to do,” says Iovino. “When they are together at a checkpoint, it feels like they are planning the rest of the race. They really communicate with respect for the alpha dog.” 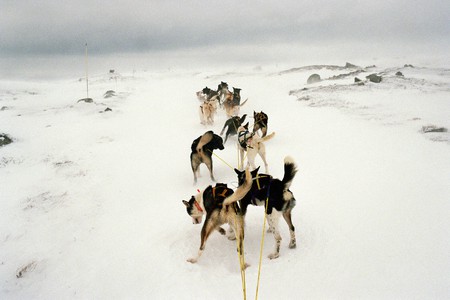 Stefan Falter’s team training in the open field in the middle of a storm, the day before the start of the Finnmarksløpet Race. Alta is a town of about 2,000 people and is also one of the biggest in Troms and Finnmark | © Alessandro Iovino / Culture Trip

“The musher and dogs have to have a special connection. They understand each other,” says Bjorn Dahl, a volunteer handler during the race. Handlers reach each checkpoint an hour before the team to prepare the food and blankets before they arrive. Then they help the musher when he arrives and plan the next rest stop. 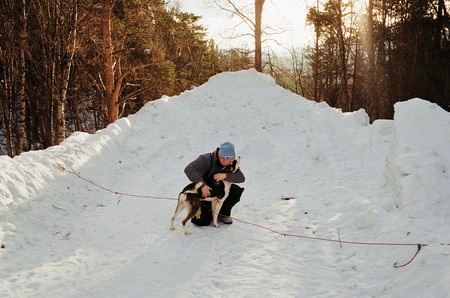 Stefan Falter, who is the the leader of the team, will have to haul all the other dogs during Europe’s longest race | © Alessandro Iovino / Culture Trip

Finnmarksløpet now attracts such devoted followers, some even travel to the most remote areas of the course, sleeping when they can in vans and on floors. The mushers cannot afford to stop as long, with most averaging around three hours of sleep per day. “The first rule to win the race is to sleep as little as you can in order to move faster than the other mushers,” Iovino says. 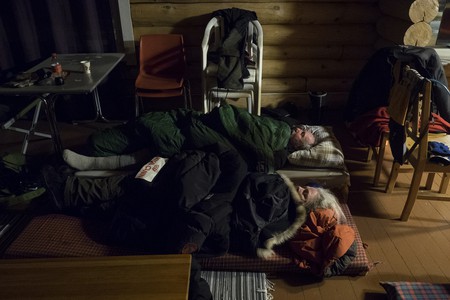