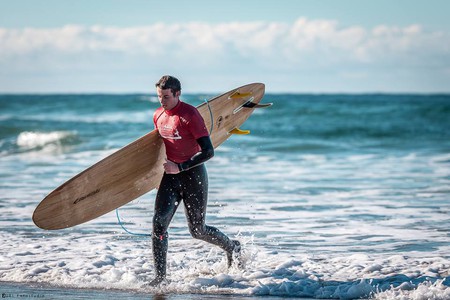 Surfing in Norway is so popular even Crown Prince Haakon is a fan. To tame the waves you may need a thick wetsuit depending on the weather, but the stunning views of arctic and fjord nature will make up for it. Here are the best places you should be pointing your surfboard towards.

Fjord Norway is certainly known for its beautiful fjords, many of which have been named UNESCO World Heritage Sites. Surprisingly, it is also famous for its numerous surfing spots. And due to its close proximity to Oslo, it’s usually a weekend surfing destination for the Norwegian capital’s surfing crowd. Many of the best spots can be found at the westernmost part of mainland Norway, in the Stad peninsula, which is hit by waves from both the North and the South. The sandy beach of Ervik is a very popular location with massive waves, whereas Hoddevik also offers a visual feast with the combination of 300-meter-tall mountains and crystal clear waters. 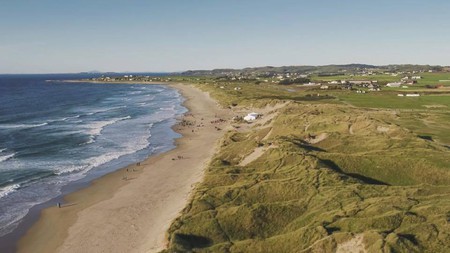 Apart from the Stad peninsula, there is also Jæren — where the European Surfing Championship was hosted in 2017. The coastline of Jæren in Rogaland county has something for everyone: from boulder rock points for advanced surfers who like a challenge, to more gentle beaches if you’re a beginner. Karmøy, also located in Rogaland county, is a great location for different types of surfing, particularly windsurfing due to the powerful winds during winter time. When visiting Karmøy, beaches like Sandvesanden and Sandhåland should be on your list.

If you dare venture beyond the Arctic Circle, you will be pleasantly surprised. The Lofoten archipelago, besides being one of the most picturesque places in Norway to spend a weekend at, also has a long surfing tradition. Although the cold waters were not surfer-friendly during the winter (at least before the ’90s when thick wetsuits became available), Lofoten, specifically Unstad, has been known as a surfing spot since the ’60s. Nowadays Unstad is considered one of the best surfing destinations in the world — if you don’t mind your waves freezing cold. If you’re a beginner, you are advised to visit during summer when the waves are much more gentle and the midnight sun can accompany your surfing efforts all night long. 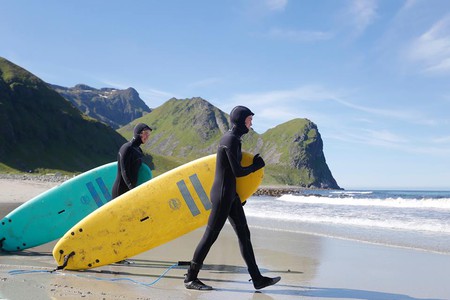