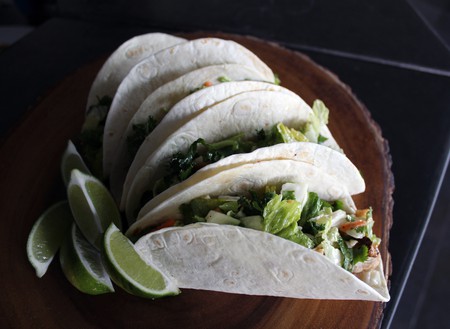 If you had to guess, what would you say Norway’s favorite food is? Pølse and frozen pizza are certainly vying for first place, but in the last decade or so a new favorite is claiming its place as a staple at the Norwegian table: tacos. Tacos are enjoyed with the whole family, mostly on Fridays – so much so, that they’ve gotten their own nickname, ‘tacofredag’ i.e. Taco Friday. Here’s what you need to know about this culinary habit by way of Mexico that’s become unexpectedly Norwegian.

The social implications of #tacofredag

Norwegian society has changed dramatically in the last couple of decades. And yet, some aspects of its more frugal, Lutheran past still remain. Just like how traditionally, alcohol was something to be enjoyed on a Friday and a Saturday night (and still is, to a great extent), such was the case for more elaborate dinners that take longer to make and longer to consume. This is where Taco Friday (tacofredag) or Friday’s taco (fredagstaco) came in.

Friday is an ‘acceptable’ day to have a more lavish meal, since the work week is over and the families are unwinding to prepare for the weekend. But Norwegians, and Northern Europeans in general, didn’t have the ‘sharing dishes’ culture you’d encounter at a Mediterranean family dinner. So in the ’90s, tacos were introduced to Norwegians as something exotic, a food with a social element that was novel and appreciated. Because tacos are basically assembled at the table, it is also a fun activity for the kids, who feel like they’re making their own meal – plus everyone can customize their taco and avoid the foods they dislike. Tacos are also cheap and easy to make, so it’s not hard to understand why the taco trend is still going strong – 44% of the population eat tacos at least once a week; mostly on Fridays, but nowadays on weekdays as well. 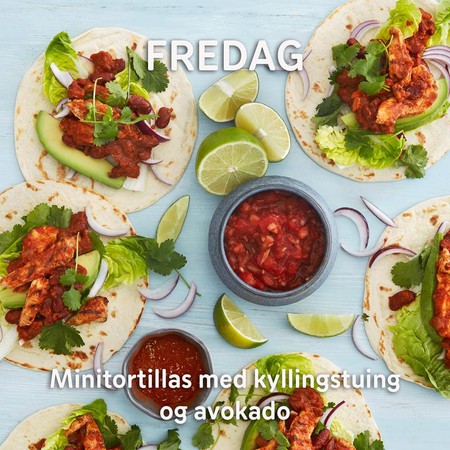 Rema 1000, one of Norway's biggest supermarkets, suggests some version of tacos every Friday | Courtesy of Rema 1000

Although in the ’90s the traditional way of eating tacos was on a hard taco shell and the filling of choice was minced meat, nowadays there are as many variations as there are Norwegians. Some variations, like replacing the filling with chicken or fish, aim to make the dish more on a par with Norwegians’ active and healthy lifestyle. Some others, like exchanging the taco shell for a soft tortilla, aim to make tacos easier for small children to handle. And as more and more Norwegians choose a plant-based diet, nowadays there are many mouth-watering vegetarian and vegan options for taco fillings. Whichever version sounds more up your alley, you can browse hashtags like #tacofredag or #fredagstaco on Instagram to get inspired for your next Norwegian taco dinner. 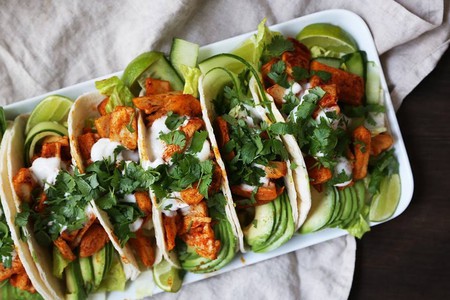