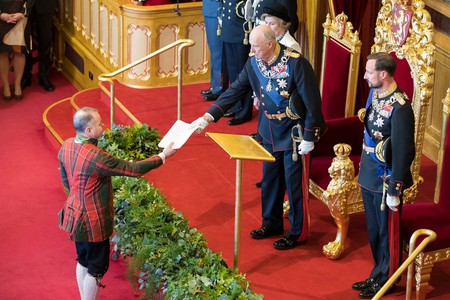 Since 1814, when Norway’s union with Sweden was dissolved, the Kings of Norway have been considered “holy” – until now. In early May, the Norwegian Parliament set out to remove paragraph five from its Constitution – where the holiness of the monarch is declared. Read on to see how this change affects HRM The King of Norway and the rest of the royal family.

The sacred status of monarchy

Words are very powerful things. Case in point: one single word, “hellig” (holy), became the focus of a proposal to amend Norway’s Constitution earlier this month. National broadcaster NRK reports that three MPs of the right-wing Høyre party set forth a motion to remove the King’s holy status and subsequently change the wording of paragraph five of the Constitution. Paragraph five states the Royal Immunity Clause and, although the immunity of the King remains, the wording will now change from “the King’s person is holy; he cannot be charged or accused” to “the King’s person cannot be charged or accused”. But what is the reasoning behind this proposed change?

According to Michael Tetzschner, one of Høyre’s MPs involved in the proposal: “It is no longer natural to see the King’s power as part of the divine order”. The idea that a monarch rules “by the grace of God” is indeed quite old; both the MPs and law professor Eivind Smith, who originally suggested the change, felt that it seems “quite remote for today’s generations”. That relevant phrase, “King by God’s grace”, which was originally in the 1814 Constitution after the dissolution of the union with Sweden, has already been removed – and now it seems like another step towards a more modern approach is about to be taken. NRK reports that the proposal is expected to be unanimously approved by the Norwegian parliament. 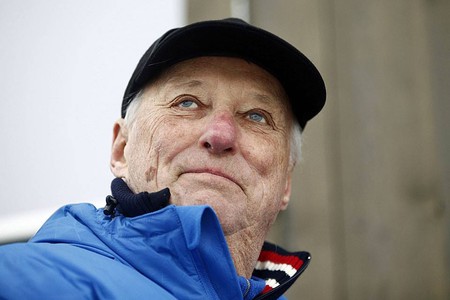 King Harald is a big fan of sports | Courtesy of Kongehuset

It may seem like something that could potentially undermine the monarch’s immunity and King Harald’s status – but the MPs behind the motion underscore that this is not the case at all. A quick glance at all the changes that have taken place during King Harald’s rule confirms that. Since the start of his reign in 1991, legislation has passed to make it able for the heir to the throne to rule regardless of their gender (which means that in a couple of years, Norway will have its first Queen regnant); there was a separation of Church and State in 2012; steps towards a more modern and relaxed approach to monarchy are continuously being taken. Certainly, HRMs personality is helping move things in that direction.

King Harald first challenged tradition when he chose a commoner for his Queen consort – a choice that his son, HRH Crown Prince Haakon, also made when he fell in love with HRH Crown Princess Mette-Marit. Until this day, the King remains heartwarmingly in love with his Queen, trolling her in their common interviews and celebrating his birthday along with hers. He also remains a keen sportsman (he’s represented Norway in the Olympics in sailing), never missing a ski event and dressed in sports clothes more often than not. He’s been vocal about religious tolerance – some say his views are actually more progressive than the current government’s. That kind of person, and King, is not one to be affected by a two-century-old clause of holiness. He doesn’t have to be “holy”, to be beloved by every Norwegian out there. 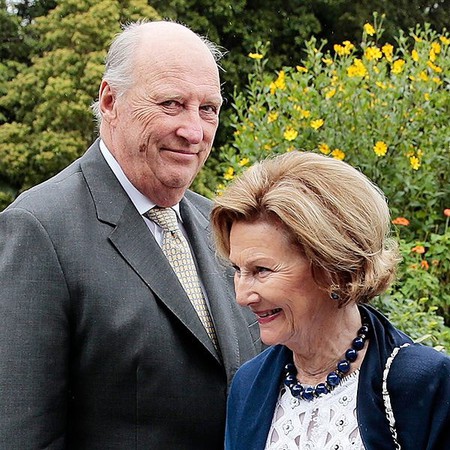 The King and Queen of Norway | © Lise Åserud / NTB scanpix, Courtesy of Kongehuset
Give us feedback