Get Lost in the World's Longest Tunnel 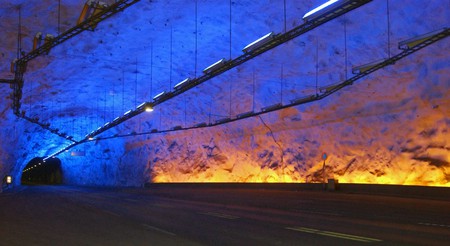 Want to go from Oslo to Bergen without taking the ferry? You’re in for a ride—quite literally. The road will take you in the heart of Sogn, in western Norway, where you’ll get to enter the world’s longest road tunnel: Lærdal tunnel stretches out at 24.5 kilometers (15.2 miles), connecting the cities of Lærdal and Aurland, and it’s definitely one for the books.

The construction of the Lærdal Tunnel (Lærdalstunnelen in Norwegian) lasted five years and was completed in 2000—surpassing the St. Gottard Tunnel in Switzerland by five miles, which is currently considered the second longest tunnel in the world. The whole project cost 1,050 million NOK ($126 million USD), which means that every meter of the finished tunnel cost 38,000 NOK ($4.5 thousand USD). If the numbers are giving you tunnel vision, then consider this: the tunnel is toll-free for everyone. 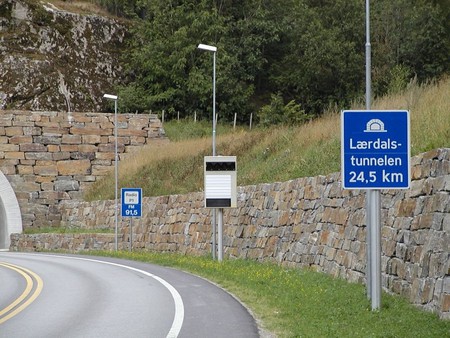 The entrance to Lærdal tunnel in Aurland | © Karl-Hermann Loges / Flickr

How long will it take you to travel through the world’s longest tunnel? About 20 minutes. Yes, that’s a long time driving inside the earth—one could very easily start getting bored or even fall asleep. Of course that would never happen to you, but in any case, you don’t have to worry: when this tunnel was designed, special features were added to create some visual interest and keep the drivers alert. Safety equipment and monitoring are also installed. 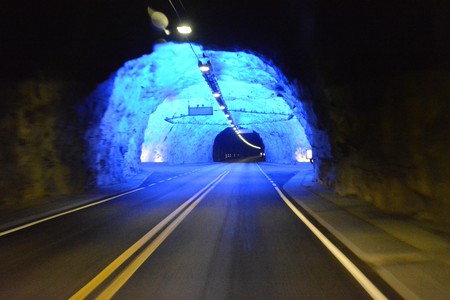 The tunnel, which actually has 15 turning points and 48 breakdown lay-bys, is also divided into four sections. The sections are subsequently broken by every six kilometers (3.7 miles) by artificial mountain caves, rock chambers that have been widened and fitted with special lighting. So basically every now and then, you get the feeling that you’re driving into daylight—or at least into a twilit, otherworldly glow. 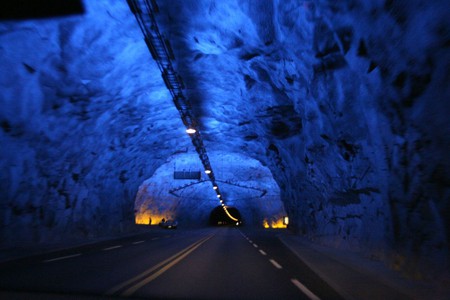 Because of Lærdal tunnel’s length, air circulation could also be a problem—that’s why it was decided that the tunnel will also feature its own air treatment plant (the first in the world to do so). The plant, located in one of the biggest caverns, comprises two large fans and an electrostatic and carbon filter, which keeps dust and nitrogen dioxide away. You can basically breath easy. 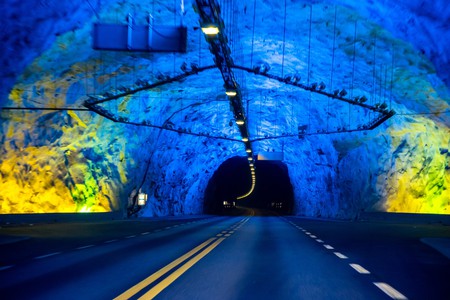 The lights in the tunnel cast an eerie glow | © dconvertini / Flickr

A toll-free tunnel with beautiful lighting fixtures and clean air? It’s no wonder that so many people choose the Lærdal tunnel for their trips. About 1,000 vehicles drive through every day, and when the traffic is at its heaviest, there can be 400 vehicles in the tunnel during the course of an hour. Thankfully, all these caverns make it easy for you to stop and rest if you need to. Or, take some Instagram photos. 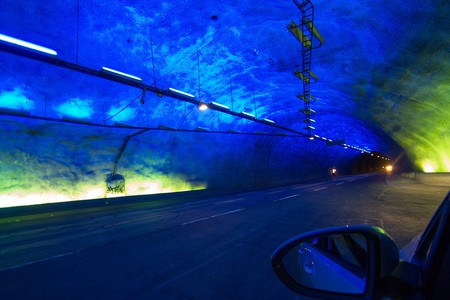 Who says a tunnel can’t be beautiful? | © CucombreLibre / Flickr
Give us feedback