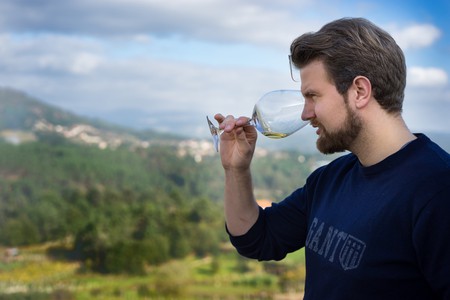 Norway’s culinary landscape has grown so much over the past few years – and Anders Husa of Foodie Stories is here to document it. By visiting the website of the Oslo-based foodie and marketer, not only will you get recommendations for some of Scandinavia’s best restaurants, but you’ll also find extensive culinary maps and city guides if you hunger for more (pun intended). We spoke with Husa about the surprising complexity of carrots, turning a blog into a full-time occupation, and what’s next for Norway’s foodie future.

What prompted you to create Foodie Stories?

I have to go way back, to my parents who taught me how to cook and shared their passion for good food with me from an early age. I also learned to love photography from my dad. Later on, my marketing studies gave me an increased interest in social media and communication. I’ve always loved to travel but eventually saw the need for doing more thorough research before my trips, to make sure I got the most out of my food experiences. Soon, my friends caught on to this and started asking me for recommendations, and back in the days, I would simply e-mail them long lists. That’s how I saw the potential for a blog and using social media to inspire more people to eat better food wherever they go. When I first started a blog, I figured I would have to write about other stuff as well. However, I soon learned that people only cared about my food postings anyway, so I decided to focus on that. Foodie Stories started as a hobby, but I’m happy to say that it’s been been my full-time job for the last two years now. It’s been a long and bumpy road, as I took a leap of faith back then, but it’s turning out to be the best thing I ever did. 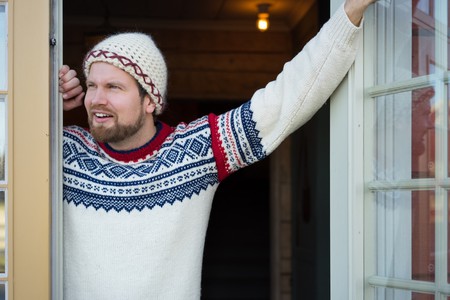 What has surprised you the most about Nordic food that you had no clue of prior to creating Foodie Stories?

Probably how much complexity and intensity of flavor you can get out of a simple root vegetable. I have some of my fondest food memories from eating slow-cooked, dehydrated, and re-hydrated red beets, carrots, Jerusalem artichokes, and celeriac.

If distance was not an issue in Norway and you could, for instance, have breakfast in Oslo, lunch in Bergen and dinner in Svalbard or Tromso, how would you spend your 24 hours?

I would start off with a coffee at Tim Wendelboe, which is one of my favorite coffee shops, located right outside my door. They don’t serve food, though, so for breakfast I’d stop by Godt Brød with their build-your-own-sandwich concept. In Stavanger, I would have lunch at Norway’s top seafood restaurant, Fisketorget, which also doubles as a seafood market. The fish soup is the best you will ever come across. Since I’m a real foodie, I can fit in one extra meal before dinner, and that would be a slice of pizza at the newly opened Hoggorm in Bergen. Dinner would be enjoyed at Spontan in Trondheim, a newly opened natural wine bar. I’ve never been to Svalbard, but when I go there one day, I’ll be sure to check out the food at restaurant Huset, which I have heard is spectacular. 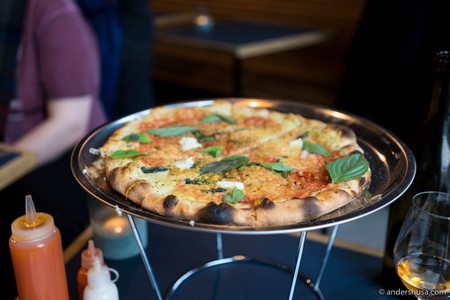 Cheese & tomato, with Thai basil at Hoggorm | Courtesy of andershusa.com

Based on what you’ve seen so far this year, what chef and restaurant would you say should be on our radar?

Look out for chef Simon Nilsen from Bergen. A young chef who just finished his apprenticeship, and already managed to host four impressive pop-up restaurants inspired by great chefs like Esben Holmboe-Bang and Rasmus Kofoed. I see great things happening for him in the future. I’m also really excited about Oslo’s new ramen restaurant, Hrímnir, which opens in October. I’ve had a taste at some of their recent pop-ups, and it’s delicious. 2018 seemed it would be a sad year for food-Oslo when the news broke that Pjoltergeist was shutting their doors for good. It’s been my favorite restaurant in town since they opened in 2013. However, the chef, Atli Mar Yngvason, is up to something new, and I think it’s going to be amazing. I’ve been muzzled on some details still, like the name, but Yngvason has promised that his signature dishes will live on still. Additionally, an open kitchen with a wood-fired grill will be the heart of the eatery and give him new opportunities that he didn’t have before. You can expect it to be like Pjoltergeist 2.0 meets Burnt Ends in Singapore! 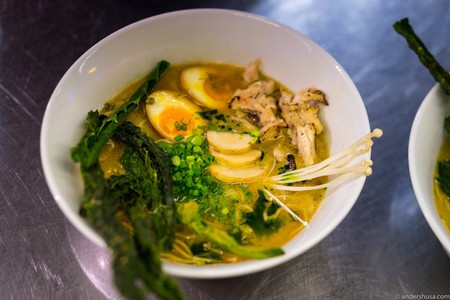 How do you see the food and drinking cultures in Norway evolving in the next couple of years?

I think the food and drinking culture will continue to evolve in the right direction which it is heading now. More and more people can distinguish between good and bad quality. Passionate and creative chefs will hopefully be rewarded with a booming business. More and more of the big corporate chains that litter our city streets with industrial food of bad quality at high prices will, eventually, lose. At least, that’s what I hope.

Culinary speaking, what would you say are Norway’s strengths and weaknesses compared to the other Scandinavian capitals?

One of our major strengths is our fantastic seafood thanks to the cold waters. Other countries have discovered this, though, so you’ll see Norwegian shellfish like scallops, king crab, langoustine, and mahogany clams on the menu everywhere now. Our weakness is that we move a bit slower than Copenhagen and Stockholm. Trends take a while longer to reach us and settle. We hardly have any tradition of eating breakfast out, and even the lunch and brunch scene is weak due to people being used to workplace canteens or merely bringing food to work. 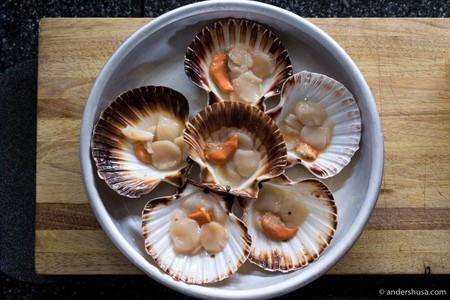 What can we expect from Foodie Stories? Can you share a new project you’re working on?

In April this year, I did my first food tour where I took 14 of my readers to some of the best restaurants in Copenhagen. I hope to be doing more of that in the future, as it was an excellent experience. I’m also focused heavily on my YouTube channel at the moment, so expect a lot more videos to come. And who knows, maybe there will be some cooperation between myself and other great food writers in Scandinavia in the times ahead?

Besides food and food journalism, what are your other passions?

Travel in general and seeing the world. I love experiences and treasure that much more than material goods. I’m actually trying to cut down on stuff I own, to feel freer. Except for camera equipment, that seems always to be increasing in numbers. Obviously, photography and videography are also among my top interests, and I’m so lucky to be able to work with that. Finally, music, which is yet another passion I inherited from my father. I grew up listening to his 60s and 70s bands, mostly prog rock, like Led Zeppelin, Pink Floyd, Genesis, Yes, and Jethro Tull. Every year, we make at least one trip together, usually around Europe, where we see some old bands play a final time.

If you could only have one last meal in Norway, where would that be?

Probably at Maaemo in Oslo – it is indeed as amazing as the three Michelin stars suggest. 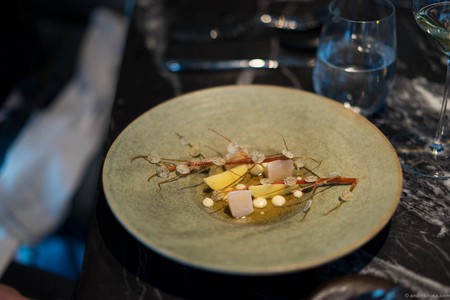 Scallops from Frøya grilled in their own shell, winter apples and celeriac at Maaemo | Courtesy of andershusa.com
Give us feedback