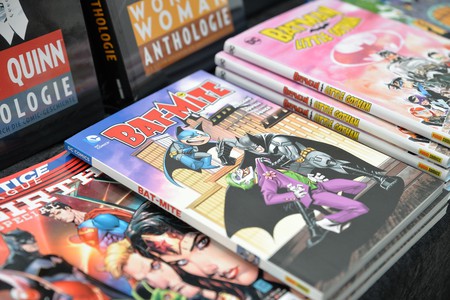 Comic books are your friends | © tunechick83/Pixabay

Holy Batman, are you trying to learn Norwegian? Well, you’re in luck. Norwegian is a relatively easy language to pick up – and, in the process, you’ll also learn to communicate in Swedish and Danish as well. Speaking of process, one of the best ways to practice your language skills is to read books, but if you’re not quite ready to tackle Jo Nesbø in his mother tongue just yet, comic books are the perfect alternative. Exciting enough to keep you turning those pages, yet not that heavy on the vocabulary, these titles will help you polish your Norsk and have a great time while you’re at it.

You know how sometimes the melody of a song can be so haunting you find yourself humming it again and again, although you can’t remember any lyrics? That’s a bit like the effect Tor Ærlig’s comics will have on you. The Norwegian musician and comic book writer is the master of noir setups (both literally, with his somber colour palette, and thematically) that lure the reader in. From the unexpectedly poetic detective story Femti ord for regn (Fifty words for rain) to the creepy Mare Frigoris that explores identity theft, you will be so drawn to the atmosphere of these comic books, you won’t even notice how fast your vocabulary is increasing. 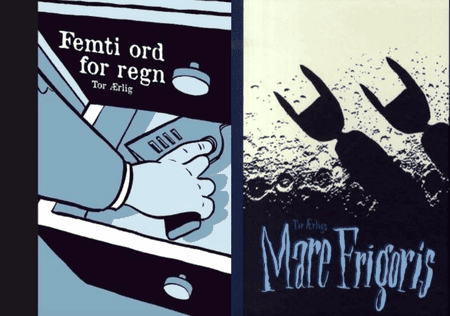 The ones that will become your best friend

Nemi is somewhat of a superstar in Norway. What started as a (very dark) comic strip on metal music’s subcultures back in 1997 has now become a successful series that publishes a volume a year (12 volumes and counting). The creator, Lise Myhre, wanted to give people of all ages a strong, female role model and she definitely succeeded in doing so. Nemi will inspire you with her opinions about the environment and the treatment of animals, chuckle at her deadpan humour and goth-at-heart attitude, and sympathise with her awkward attempts at flirting. She will also familiarise you with the latest Norwegian slang by introducing expressions and idioms that you wouldn’t necessarily find in your syllabus. Thanks to Nemi, you’re one of the cool kids now. 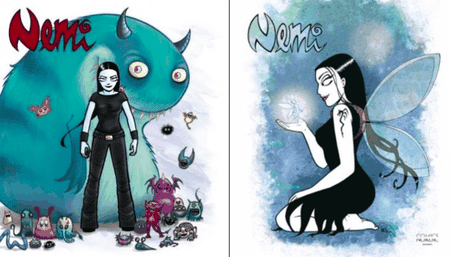 Volumes 6 and 11 of the Nemi series | Courtesy of Tanum.no

Jenny K. Blake’s books defy categorisation – in fact, one could go as far as to say they slalom gleefully between categories. Part illustrated guides, part comic strips with witty anecdotes, and part vocabulary-building exercises (seeing the illustration of a word and the Norwegian equivalent of it works wonders when it comes to retaining information), these books will give you an insight on the intricacies and oddities of the Norwegian way of living. 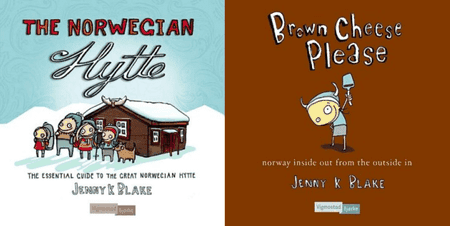 Jenny K Blake’s illustrated books are both fun and educational | Courtesy of Tanum.no

Your favourite ones, but in Norwegian

Do you have a favourite superhero? Or a favourite childhood comic character, like Asterix? Well, you can buy a comic book you already know and love, translated in Norwegian. This way, it will be even easier for you to get carried away with the plot and learn new words in the process. Your go-to destination for all things comic books in Oslo is Tronsmo Bokhandel: this multi-storeyed haven has a huge selection of both mainstream and indie titles, and you will probably find some of the comic books mentioned in the previous categories as well. Your next Norwegian lesson begins here. 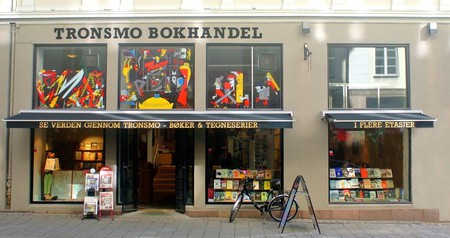