The Most Breathtaking Fjords in Norway 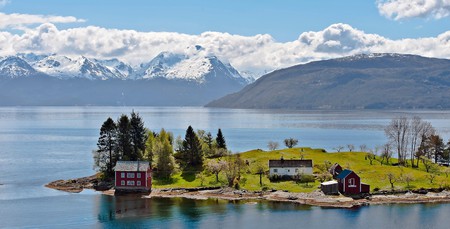 Omaholmen is located in Hardangerfjord, the third-longest fjord in the world. | © McPhoto/Nilsen / Alamy Stock Photo

Norway’s fjords were created thousands of years ago by retreating glaciers and the results are spectacular. With more than 1,000 fjords along Norway’s coastline you may need help prioritising which ones to visit. Here’s Culture Trip’s guide to the most scenic of the bunch.

This one’s a bit of an underdog. Hjørundfjord is surrounded by the towering mountain peaks of Sunnmørsalpene, which usually get most of the attention. The fjord itself deserves to be in the limelight, too; it’s surrounded by lush forests, with small, scenic villages dotting its 35-kilometre (22-mile) course. 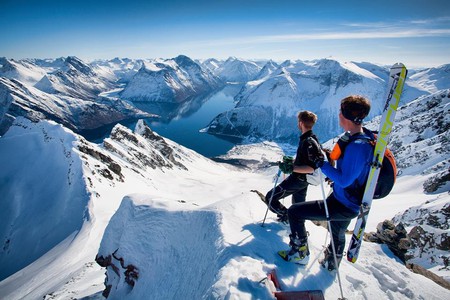 As is the case with most things in Svalbard, the Isfjord is pretty cool, both literally and figuratively (although thanks to the Gulf Stream, Isfjord actually remains ice-free for large parts of the year). It has a lot of different branches, as it cuts more than 100 kilometres (62 miles) into Spitsbergen island, and following it, you will come across bird sanctuaries, human settlements and even the world’s northernmost radio station. 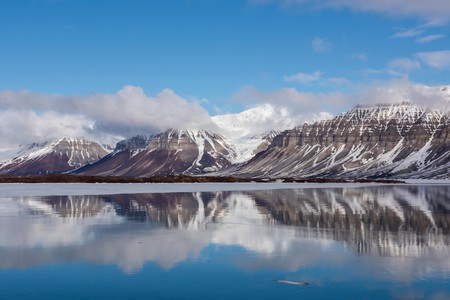 It has been called ‘the King of the fjords’ because of its size: at 200 kilometres (124 miles), Sognefjord is Norway’s longest fjord and the second-longest in the world. The fjord’s inner end is covered by continental Europe’s biggest glacier, Jostedalsbreen. And two of Sognefjord’s smaller arms, Aurlandsfjord and Nærøyfjord, are just as interesting to visit as the main event. 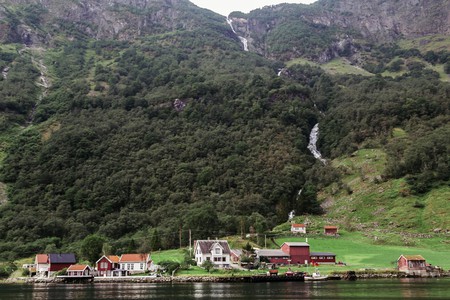 Trollfjord, in the municipality of Vågan, Lofoten, may be small, but it has a complicated history. Back in 1890, there was a battle between the fishermen who used the new, steam-driven boats and those who still used traditional open boats, over who would get control of the fjord. If you’re wondering why they couldn’t all just get along, the answer is simple: this fjord is so narrow, there’s not enough space for everyone. 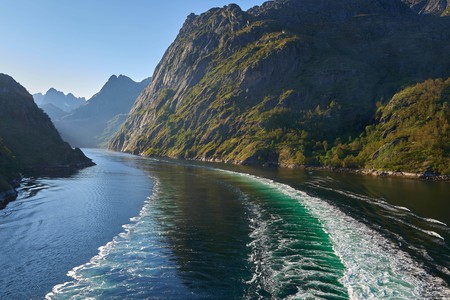 You probably already know about Trolltunga, the majestic cliff shaped like a troll’s tongue. But do you know about Hardangerfjord, the third-longest fjord in the world, which dominates the region? What about the Hardangervidda National Park, and the four waterfalls in the Husedalen valley? Or the legendary apples of the region? We thought not. 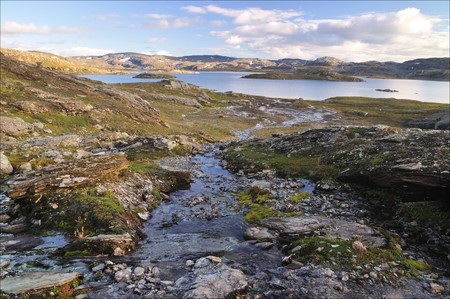 One of the arms of Sognefjord, Aurlandsfjord starts at the scenic little town of Flåm, where you can also take one of the most picturesque train trips in all of Europe. Train rides aside, Aurlandsfjord is also home to one of the beautiful vantage points in all of Norway: the Stegastein viewing platform. 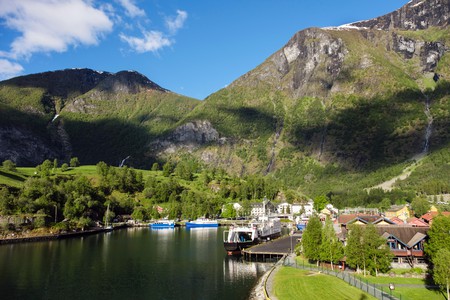 The second arm of Sognefjord is perhaps the most popular of them all. Nærøyfjord is so beautiful, it’s been declared a UNESCO World Heritage Site. At 17 kilometres (11 miles) long and only 250 metres (820 feet) wide, surrounded by snowcapped mountains with flowing waterfalls, Nærøyfjord is a sight you won’t soon forget. 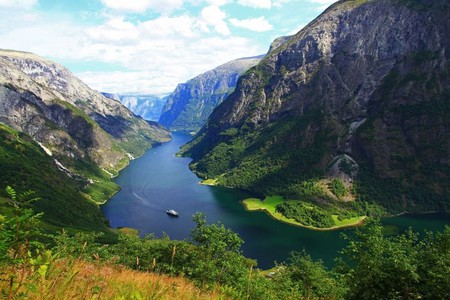 It’s not just that Lysefjord is majestic, which it certainly is. Here, you can encounter some of the highest mountains in Norway’s fjords, with peaks rising to around 3,000 metres (9,843 feet). There are unique rock formations, like the Kjeragbolten, the Preikestolen and the Lyseboth, not to mention the world’s longest wooden stairway, which you can hike to get a bird’s-eye view of the area. All in all, Lysefjord doesn’t disappoint. 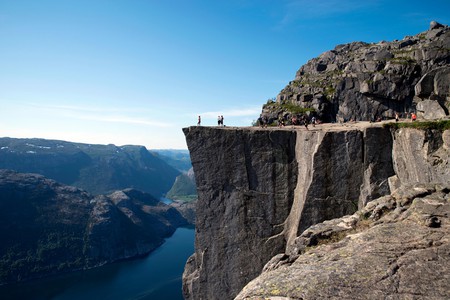 What makes Geirangerfjord number one on our list? For starters, the Seven Sisters: seven waterfalls that fall from 250 metres (820 feet) high into the fjord. Then, there’s the Geiranger Skywalk in Dalsnibba and the Flydalsjuvet, both breathtaking viewpoints offering panoramic views of the fjord. And, of course, there’s the Ørnevegen, a steep stretch of road up in the mountains, where you can follow the fjord if you’re feeling brave – at some point, this ‘eagle road’ rises to 620 metres (2,034 feet) above sea level. 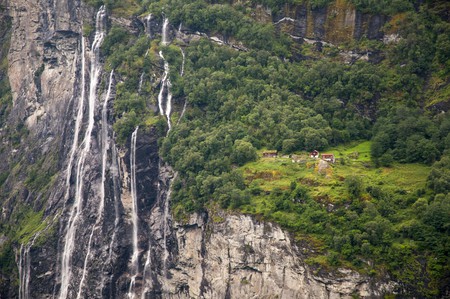