A Viking Guide to Magical Norway

There are many reasons to visit the Fjord Norway region. The serpentine shores in the western part of the country offer stunning views of mountains, fjords and scattered archipelagoes, with a landscape that transforms from one minute to the next. A visit to this ancient coast will give you a chance to travel back to the age of the Vikings, visit the home of the Viking kings and broaden your knowledge and understanding of these fascinating explorers, tradesmen and warriors. 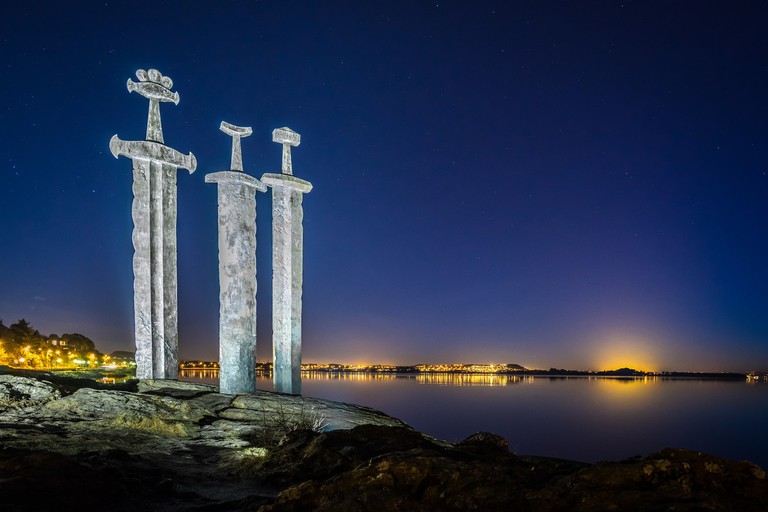 Start exploring Norway’s Viking history in Stavanger, Fjord Norway’s southern region. Sometime between AD 872 and 900, a crucial battle was fought in Hafrsfjord that resulted in the unification of Norway under its first monarch, the victorious Viking chief Harald Fairhair. To commemorate the battle, the Sverd i fjell (Swords in Rock) monument – consisting of three enormous swords symbolising peace, unity and freedom – was raised in 1983. You can easily reach the monument from Stavanger by bus or car (it’s a 15-minute ride).

Open In Google Maps
Rogaland, Norway
Give us feedback 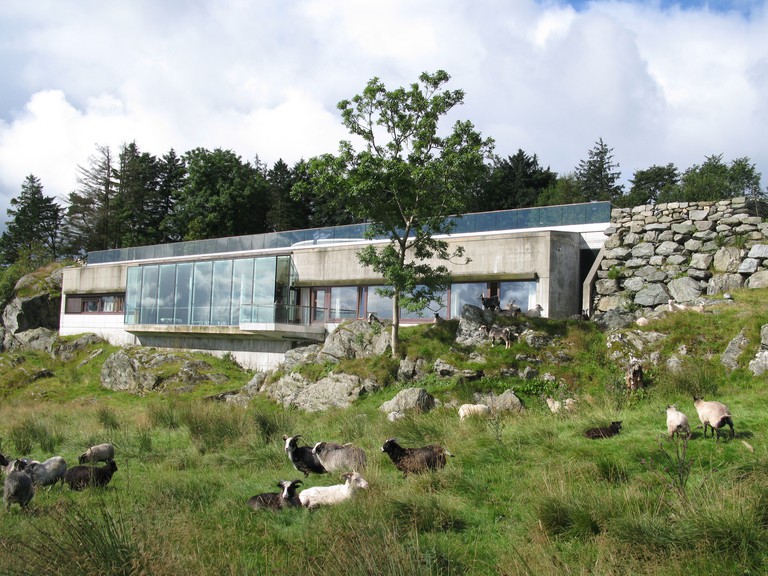 Karmøy, an island municipality in Rogaland, has been touted as the homeland of the Viking kings – and rightly so. The Avaldsnes area was inhabited by kings who controlled the shipping traffic along the coast for more than 3,000 years and is considered the first Royal Seat of Norway from which Harald Fairhair ruled. The underground Nordvegen history centre takes you among Viking relics such as grave mounds and memorial stones. Its entrance resembles Mimir’s Well, considered the source of all knowledge and wisdom in Norse mythology. 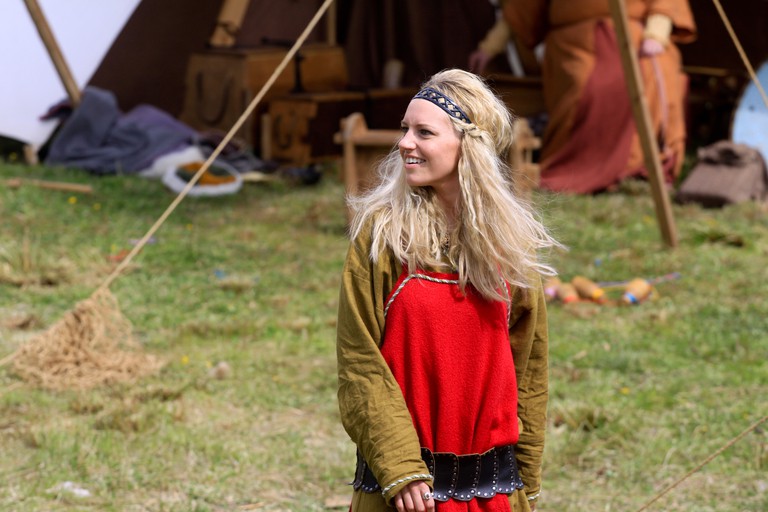 Further away from the Nordvegen history centre, on the tiny island of Bukkøy, lies a reconstructed Viking farm. There, you will find several traditional buildings such as a boathouse for a Viking warship, a longhouse and a roundhouse. The farm is only open during the summer season but guided tours, which offer guests a fun way to explore the life of a Viking, can be arranged all year round. Avaldsnes’s popular Viking Festival takes place here every summer with more than 200 people flying in from all over Europe to live in tents, sell their crafts and participate in Medieval sports such as archery. 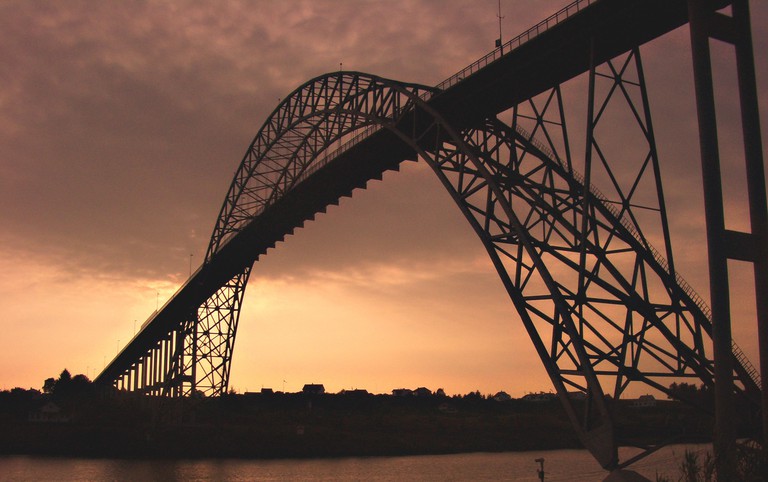 Nordvegen is not just the name of the history centre in Avaldsnes. It was a shipping route from the narrow strait of Karmsund to Haugesund, controlled by the Viking kings and chieftains who ruled the Avaldsnes area. Any ship that wanted to go north had to go through that strait – before Nordvegen, the ‘North way’, eventually became the name of the country. When traveling between Haugesund and Karmøy visit the Karmsund Bridge and look across the strait. 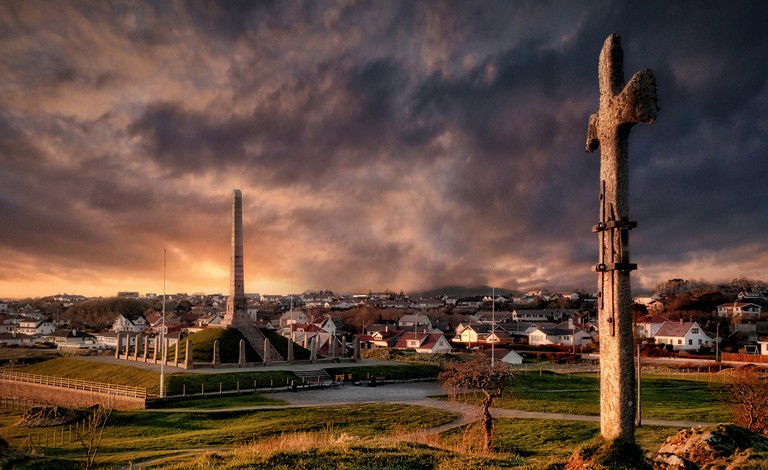 Haugesund lies at the other end of the Karmsund strait. It’s where King Harald chose to build his castle and where he was eventually buried. Here you can visit Haraldshaugen – the first king of Norway’s burial monument, also considered Norway’s national monument – which is just 2 kilometres (1.4 miles) from the town centre.

Open In Google Maps
Haugesund, Rogaland, Norway
Give us feedback

The islands of Røvær and Utsira 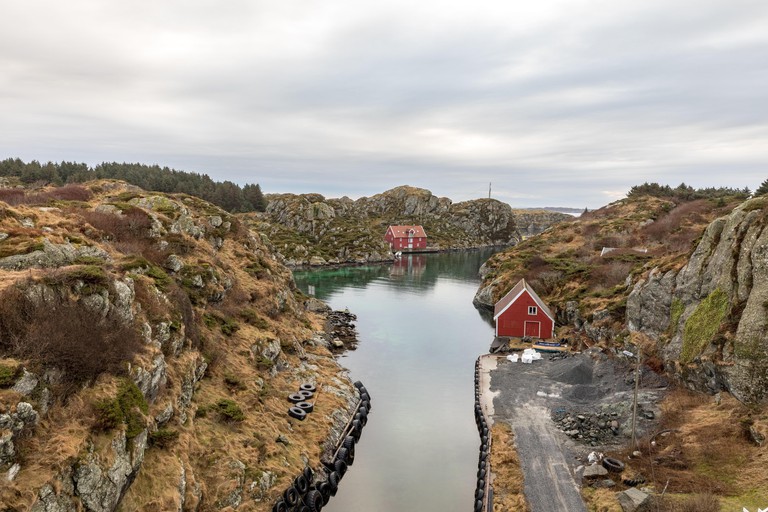 Take a boat ride from Haugesund to Utsira and Røvær. Small but welcoming – with approximately 200 and 100 inhabitants, respectively – the islands are a great way to unwind while immersing yourself in Viking history. Røvær also has a rich contemporary history, as it was once occupied by German military forces during World War II. In Utsira, you can marvel at the diverse birdlife and, with luck, catch a glimpse of some rare bird species.

Open In Google Maps
Rogaland, Norway
Give us feedback 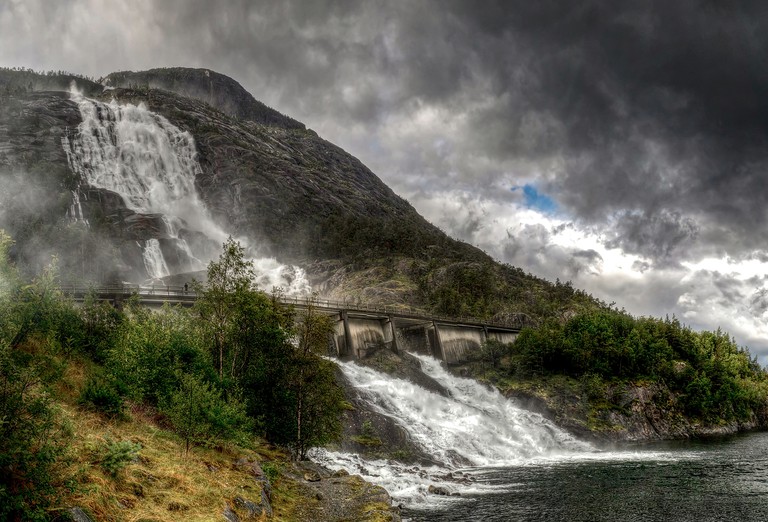 It’s important to remember that Vikings were a product of the magnificent nature that shaped and surrounded them. Immerse yourself in that nature by visiting Norway’s fifth-largest waterfall, Langfoss, which slips down the cliff at the end of the Åkrafjord. It’s one of the few waterfalls that are still in their natural state (i.e. it hasn’t been tapped for hydroelectric power) and is a sight to behold. Take a guided fjord cruise and experience Åkrafjorden and Langfoss in all its glory.

Open In Google Maps
Vestland, Norway
Give us feedback 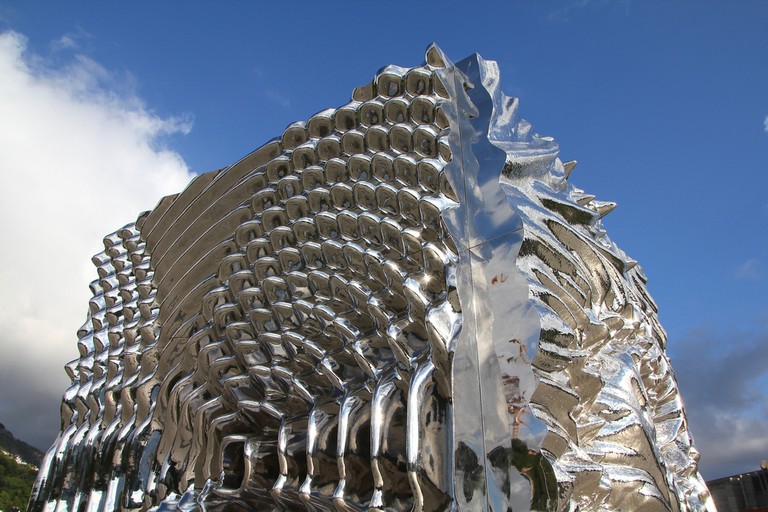 Among his many other accomplishments, King Harald Fairhair is thought to have established one of the oldest and largest parliamentary assemblies in Norway. Located in Gulen, in the southwestern part of Sogn og Fjordane county, Gulatinget was part of what’s been called the ‘Viking cradle of democracy’. The assembly moved from Gulen in 1300; nowadays, the area is home to a symbolic park dotted with sculptures by Bard Breivik. 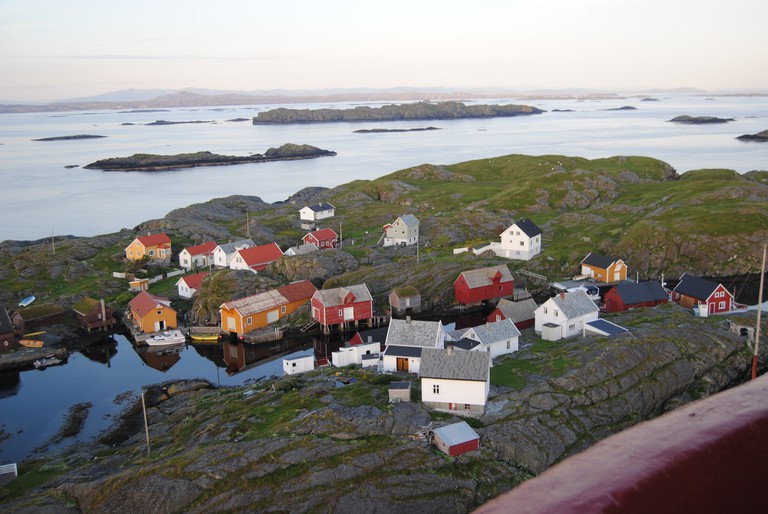 How did Vikings interact with nature? Many were farmers, fishermen and animal herders – but there’s something on Utvær in Solund, Norway’s westernmost island municipality, that hints at something more. Solund was the place from which King Harald Hardråde sailed to conquer England, and on the east side of the bay, you can see marks on the mountainside. Legend has it that these marks came from swords as Harald’s men sharpened their blades before embarking on the raid. Whether this is true or not, Solund is a historical place worth visiting.

Open In Google Maps
Vestland, Norway
Give us feedback 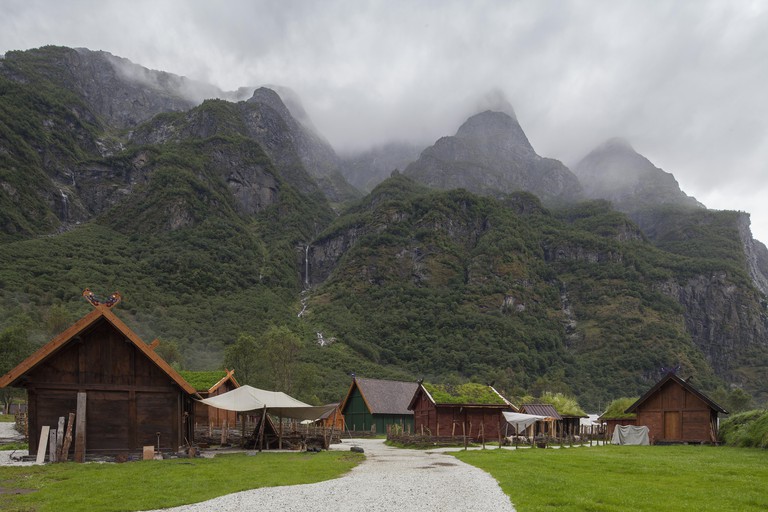 Vikings were not always at sea or at war. At the reconstructed Njardarheimr Viking village in Gudvangen, you can get a glimpse of how these Medieval warriors actually lived in times of peace. The area is steeped in history as 1,000 years ago Gudvangen was an important Viking trading post, with the nearby Nærøyfjord dedicated to Njord, the god of trading and sailing. The reconstructed village is an immersive experience comprising 1,500 square metres (16,000 square feet) of buildings, inhabited by “real” Vikings adhering to the lifestyle. Take a guided tour and don’t forget to taste some authentic Medieval recipes. 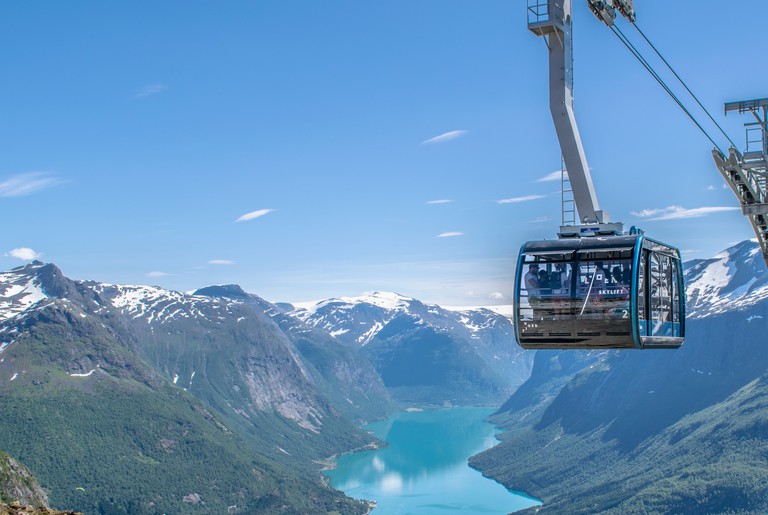 Before Christianity, the gods of the Old Norse religion shaped the Vikings’ way of thinking. Particularly important was Odin the Allfather, whose presence can still be felt today through myths and tales. One such tale is about Odin’s eight-hoofed horse, Sleipner. The story goes that as Odin was riding home across the mountains Sleipner lost his balance on Mt. Hoven. The horse buried his eight hooves trying to hold on, kicking loose one big piece of rock – the one we still can see today. Find out more about the legend and enjoy unparalleled panoramic views of the fjord landscape by taking the Loen Skylift. It will take you from the fjords to the mountaintop in a few minutes. Make sure you check the seasonal opening times before visiting. 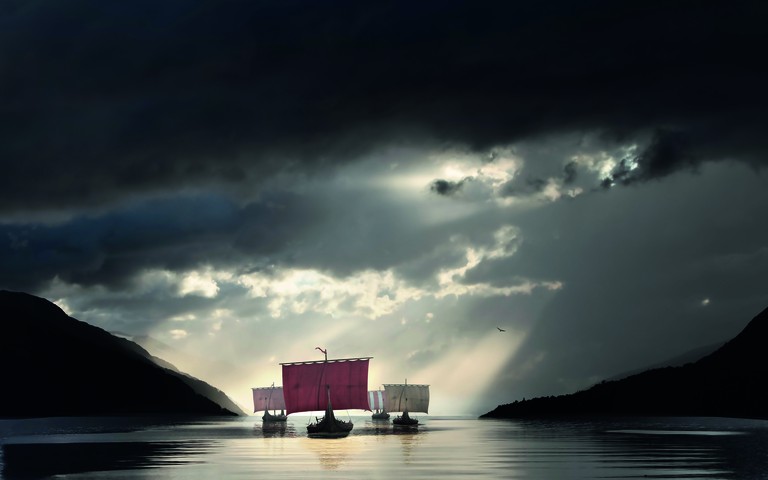 One of the reasons the Vikings were unstoppable in battle was their long and narrow ships. One such historical vessel, the Myklebust ship, can be found in Sagastad, Nordfjordeid, and is considered to be the property of King Audbjørn of the Fjords as it was buried with him in AD 870. Myklebust is the largest Viking ship ever found in Norway and is currently being reconstructed to be displayed at the Sagastad Science and Experience Center from 2019. 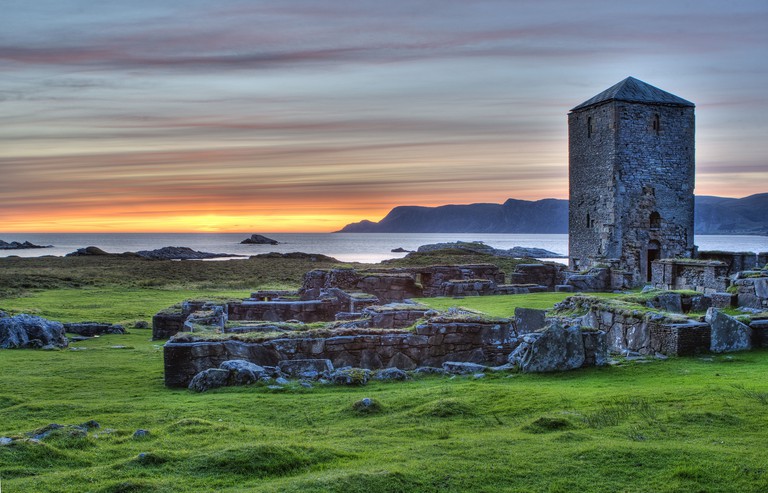 Selja Island, located approximately 1km (3,280ft) from the Stadlandet peninsula, is the area where the Viking tradition clashed with that of early Christianity. An Irish princess, Sunniva, washed up on its shores while trying to escape from raiding Vikings. Ironically, the Vikings on Selja pursued her too, leading her and her Christian followers to hide in a cave, where she was killed by an earthquake. After Norway had converted to Christianity, Sunniva’s legend spread and she was made a saint, resulting in Norway’s first cathedral being built on Selja Island. Visit Selja Monastery, Norway’s oldest, and take a tour of the ancient ruins. 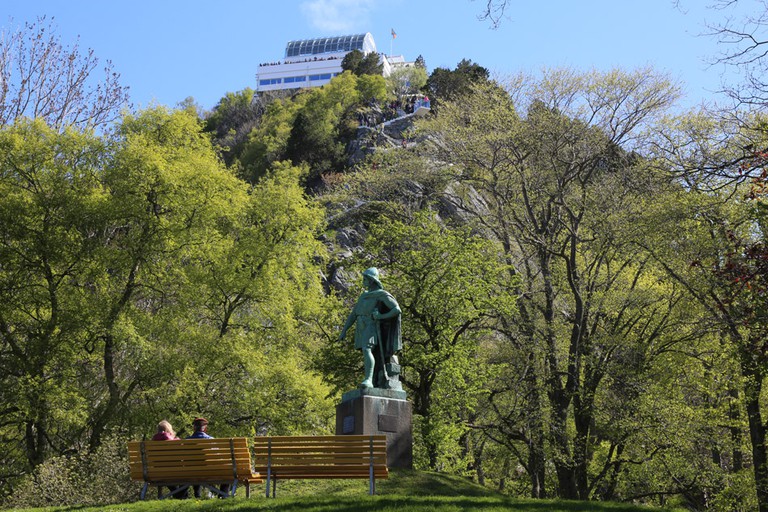 Ålesund has been touted as “Norway’s most beautiful town” by many. However, apart from its picturesque character, Ålesund is also the hometown of the Viking known as Rollo (or Gange-Rolf) who founded Normandy, France, in AD 918. Rollo essentially initiated the royal line of England as one of his descendants was William the Conqueror. You can get a glimpse of Rollo’s bronze statue, a gift from the city of Rouen in Normandy, at the Ålesund town square and take a guided tour to follow in his footsteps. 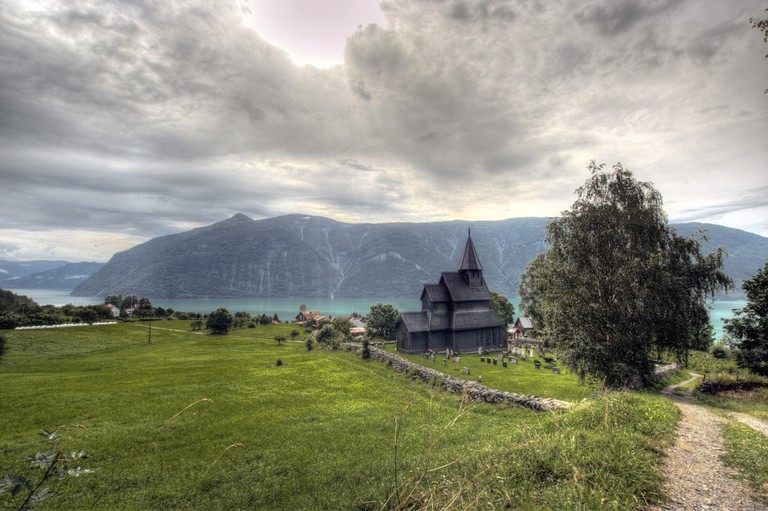 The Realm of the Vikings is a mystery, which magnifies the interest in these warriors who populated the coast of the northern seas and traded with the land that is now Turkey. In our region we find several of the so-called stave churches. These iconic wooden churches were once found throughout the Scandinavian Peninsula and across the Baltics, but only those in Fjord Norway have survived over the centuries. The churches were built by master carpenters based on the forms of construction of the Viking ships. Although the churches were built in the period when Catholicism reached the Scandinavian Peninsula, many of the decorative motifs are pagan. The Urnes stave church, the oldest in Norway, is a fine example and a UNESCO World Heritage site.

This helpful itinerary will make travelling along Fjord Norway’s coast much easier. It’s never a bad time to visit Fjord Norway, but head to the region in the spring, summer and autumn and enjoy longer days and seasonal activities. Learn about Norway’s Viking history, explore the region’s culinary cities and travel along the coast’s unique and ancient fjord landscape on an unforgettable trip. Norway is easy to reach. Fly direct to Bergen with Norwegian and Iceland Air or to the fjord cites of Stavanger, Bergen and Ålesund via Amsterdam with KLM or via Copenhagen with SAS. Fjord Tours offer a hop-on-hop-off solution to exploring the national tourist routes. Check out Sognefjord in a Nutshell or Hardangerfjord in a Nutshell – both of which start in Bergen – or Geiranger and Norway in a Nutshell, which includes most of the region’s highlights in one.