7 Types of People You'll Meet at a Norwegian BBQ Party 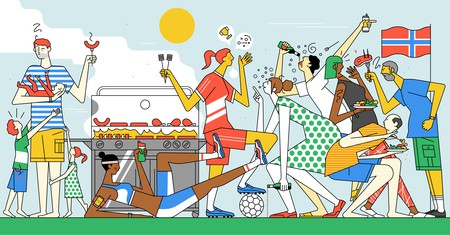 The Norwegian barbecue has both a utilitarian and a social character: gathering for ‘grillmat (BBQ food)’ is also one of the most common types of summer get-togethers. You will meet a lot of interesting people at a Norwegian grill party – here are the ones that will stand out.

You’ll recognize him by the football shirt he’s wearing. On a regular summer, he’ll spend most of his time on a grill party trying to get people interested in the latest victory of his local team. But this is no regular summer: it’s a World Cup summer. Suddenly, all the knowledge he was accumulating all these years is relevant – and can be shared with people who are (at least somewhat) interested. He’s so excited, he’ll probably forget he was grilling and burn his steak. 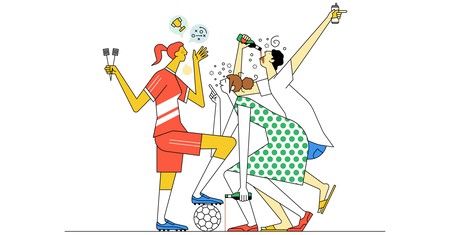 The already drunk group of friends

You can probably see them conversing with the football enthusiast, although they will quickly lose interest once he starts going into heavily technical terms. This group is there on a sacred mission of “enjoying an utepils“, which basically means getting drunk outdoors without having to spend a ton of money. (With alcohol being so expensive in Norway, can you really blame them?) They’re probably not even grilling food – or if they are, it’s just pølse or chicken wings that they can munch on while drinking. You should know there soon will be some kind of singing involved. If all of them seem to partake equally in the fun, it means they have no designated driver for the night and they’ll make some taxi driver very happy.

Make no mistake, his whole family will be there. But somehow the role of resident griller will befall him. This father will spend the majority of the evening grilling single pølse after single pølse because his kids could never decide if they wanted one more or not, and his wife or husband already has her or his hands busy looking after them. If you’re acquainted with him, ask him if he’s the one driving the kids back that night. Identifying the designated driver is an important part of social interaction in these gatherings: if he’s lucky enough to not be the designated driver, offer to get him a beer. He deserves it. 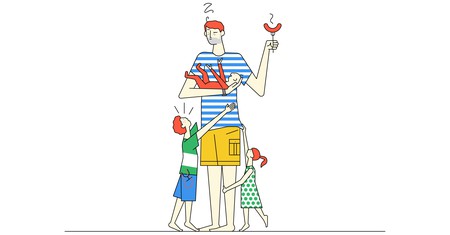 Here’s the thing about grilling parties (or any kind of party, really) in Norway: most of the time, you’re expected to not just bring your own booze, but also your own food. Of course, for the most part people are chill and they will offer you some of their food anyway – unless you’ve stumbled upon a Janteloven enforcer. Although not as prominent nowadays as it was in the past, Janteloven is still a part of the Scandinavian psyche; it teaches people that all should be equal, frugal, and not draw attention to themselves in any way. How does that translate in a social context such as a grill party? This person, usually somewhere between 40-60 years old, has brought the exact amount of food they plan to eat at the party, and not a big portion at that. They will therefore refuse to share and frown upon all the others who are apparently throwing their food and money away. If they’re drinking, they will share a single beer with the person accompanying them. It’s important to remember they’re not bad or rude people. They were just raised to consider things like abundance and generosity as not really proper. 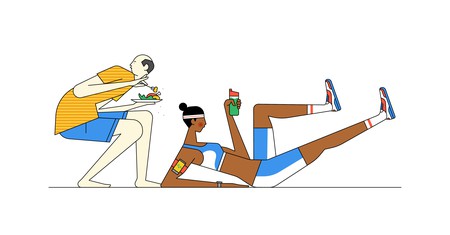 This young man or woman are in excellent shape, and they’d love to tell you all about their fitness regime while munching on their gluten-free, paleo friendly grilled chicken and veggies. They’ll insist they don’t mind they’ve given up beer for beetroot juice that’s rich in antioxidants. You may have guessed by now, but they’re the designated drivers.

As the list of delicious vegan and vegetarian products keeps growing, increasingly more Norwegians are trying a plant-base way of eating – or simply choose to eat less meat. If you meet a vegetarian or vegan at your grill party, do them a courtesy and let them grill their food first, before the grill starts dripping with animal fat and making it impossible for them to use it. You’ll be surprised to see that these people, contrary to stereotypes, don’t really have an issue with you eating whatever you choose (if they had, they wouldn’t be there) nor do they try to ‘convert’ other people to their way of eating and living. In fact, you wouldn’t even notice them if it weren’t for the guy below. 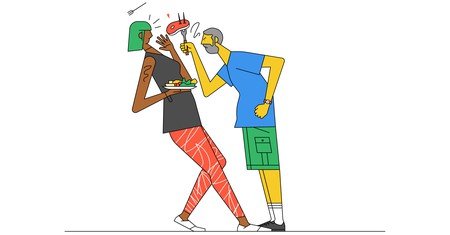 The person who is weirdly annoyed by non-meat eaters

Unfortunately, every grill party seems to have a resident judge of protein intake, who has a strong opinion on how other people’s tofu burgers are not ‘real food’ or good for them. This person will also be vocal about enjoying bacon too much to ever give it up. We recommend that you take your burger, tofu or otherwise, and seek other company for the rest of the evening.