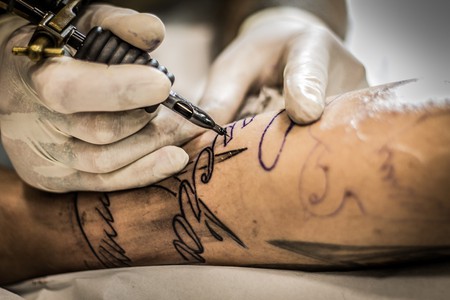 The tattoo scene in Norway is vibrant and multicultural, with so many artists from other countries finding their way into Norwegian tattoo parlors. But that doesn’t mean there is a lack of local talent – quite the opposite, in fact. Below you’ll find a selection of the country’s most talented inkers to add to your Instagram feed for when you need some #inkspiration.

One of Norway’s more prominent tattoo artists, Electric Linda has been tattooing since 2000. At the helm of Attitude Tattoo Studio since 2008, she has tattooed local and international celebrities and won over 50 international tattoo awards. On her Instagram feed, you’ll find unique rockabilly creations, as well as tattoos inspired by comic books.

Noi Siamese was born in Thailand but has been calling Norway home for more than a decade. With 140 tattoo awards on his name, Noi Siamese runs 1969 Tattoo in Oslo – you can find highlights of his work (specializing in Oriental-style art) on his Instagram feed.

Kim Dahlstedt started working next to Electric Linda at Attitude Tattoo Studio as an apprentice in 2009. After a short break from 2015 to 2017 to pursue other opportunities, he has now returned to Attitude. On his Instagram feed, you’ll find creations that are fun and cheeky, but also depict a love for geometry and structure under the colorful chaos.

Bird is the word. I love doing these amazing cratures, you want a bird? Let me know 🙂 Www.attitude.no

Morten Overlie has been with Lucky 7 Tattoos for 13 years and is perhaps one of the reasons the Oslo-based studio has such a great reputation as a clean, safe and friendly environment. On his Instagram feed, you’ll find colorful, old-school designs as well as some personal photos of the artist.

Jupp.. IT’S a picture of yours truly… also back to work this week😎🤙 👉🏼💌 mortenlucky7@gmail.com for booking..

Julie Talmo has worked in tattoo studios in Kolbotn and Larvik, before moving to Oslo to work at Attitude Tattoo Studio. She specializes in neo-traditional, old school and black and gray realism. On her Instagram feed, you will find a selection of her recent work.

Trine Grimm works at Lucky 7’s sister shop, Classic Custom. The artist creates elaborate designs, mostly in black and white with some accent colors, inspired by heavy metal culture and her travels – all of which you can get a glimpse of on her Instagram feed.

Kai Ree owns the Timeless Tattoo studios in Oslo and Lofoten, offering a broad spectrum of styles from established artists. On his Instagram feed, apart from sharing his work (with a focus on Viking art), the artist also posts inspiring photos from his travels.

Throwing stones at the beach – my favourite 🌴#adventure #shrine #foundit