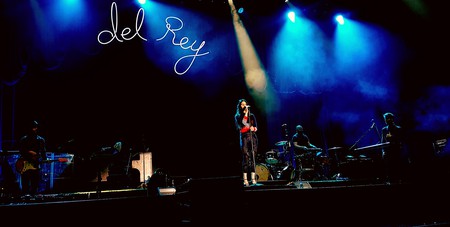 Fast gaining a reputation as one of the best events on the festival calendar, ØyaFestivalen doesn’t just showcase the finest in world music, it also serves as a reminder of Oslo‘s natural beauty. Culture Trip were lucky enough to spend a hectic – though thoroughly enjoyable – week in the Norwegian capital and here we share just a few of our highlights.

So yeah, it did rain (a lot) on the first day of the festival. And when it rains in Norway… you are going to get wet. But we all know that the music festival gods love to test your dedication to the show and, to be fair, the locals were certainly prepared. Good advice for this region in general: be prepared for all four seasons in one day.

Be prepared for all types of weather in Oslo | © Pål Bellis

The rest of the week was sunny and, apart from a slight chill in the evening and a cool breeze when heading out into the fjords, it was T-shirts and sunburns for the visiting festivalgoers.

Now let’s get on to the music… 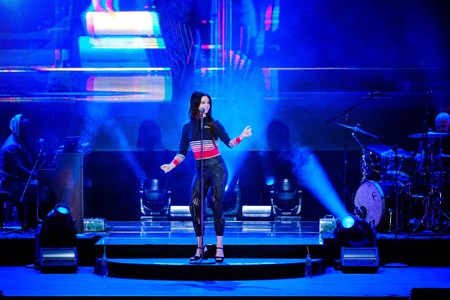 Headlining the first night was Lana Del Rey, fresh from the release of her latest album Lust for Life. Fans had travelled from all over the world to hear the singer live – we were in-between a feisty pair of Spanish and French attendees who could barely contain their excitement. The fervent nature of the fans was constant throughout Del Rey’s set, which included new tracks as well as some old favourites. No matter what was played, the audience lapped it up, creating an enthralling atmosphere.

Whatever you think about the heavy, reverb sound that Del Rey produces, it works perfectly for the live experience and this performance proved proved that she can win over any crowd. 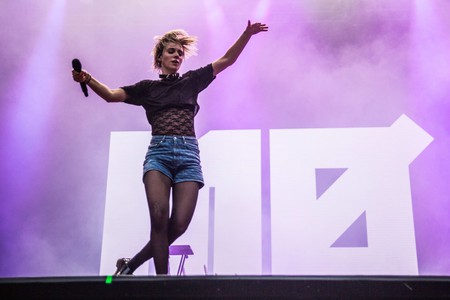 Best known for her quirky yet accessible style, Danish star MØ also had her crowd in raptures, with a breathless set including well-known hits such as ‘Pilgrim’ and ‘Final Song’.

MØ delivered an upbeat pop concert with heavy electronica undertones and – defying the signs that warned against crowd surfing – even treated her fans to a stage dive. This live performance felt very different from MØ’s recorded work, so be sure to bag tickets if she performs in a town near you! 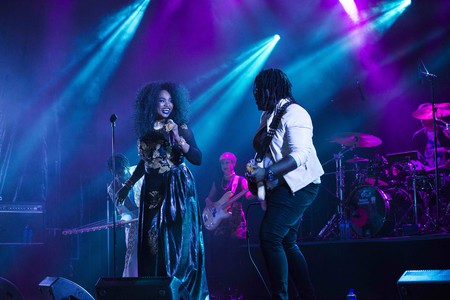 Mali has produced a number of popular acts, and Oumou Sangaré is up there with the best.

Sangaré’s band is clearly very tight-knit, with each backing performer honing their performance to match the bombastic style of this magnetic front woman.

On a rainy night when enthusiasm could have easily lagged, Sangaré turned on the charm with an energetic collection, occasionally even enlisting the help of her willing audience. This performance was definitely a highlight of Øya 2017. 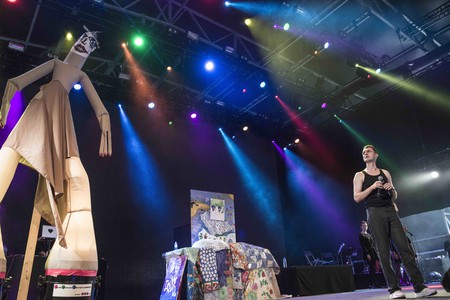 We’ve been fans of Nils Bech since Øya last year, when we were treated to an intimate performance at an after-hours concert. Bech performed at the Øya Nights spin-off festival, which is well worth attending in addition to the regular one. Venues are dotted around central Oslo so, wherever you are staying, it’s easy to get home!

Bech always gives it his all on stage, and, on this particular occasion, tried his hand at ballet. The Øya 2017 audience were also surprised and delighted by Bech’s interactions with a large inflatable man and a sad ballad he performed for a pillow. 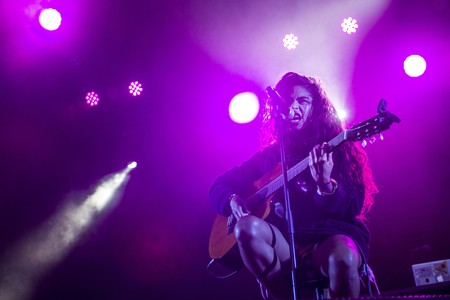 Another artist you might already be familiar with is fiesty Canadian singer-songwriter Jessie Reyez, who surprised us with her eclectic turn at Øya.

Throughout Reyez’s set, there were a number of loud and uncompromising scene-setters, but we also got to hear some slower songs that showcased a great variety in tone. Reyez’s performance was yet another great solo set by a female artist – something that the organisers at Øya seemed very focused on this year. 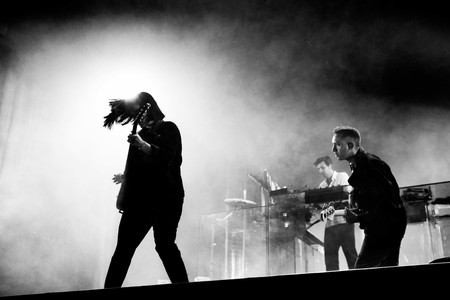 British band The xx have garnered a well-earned reputation as one of the best live acts in the world today. Their performance at Øya – which followed on from a rather disappointing Ryan Adams set – was just the tonic the assembled masses needed.

Playing all the favourites (beginning their set with the anthem they are famed for: ‘Intro’) the band once again combined sheer presence with a terrific light show that illuminated the sunset over Oslo. The combination of vocals, music and visuals were sublime – and The xx sure knew it, playing up every aspect of their performance. 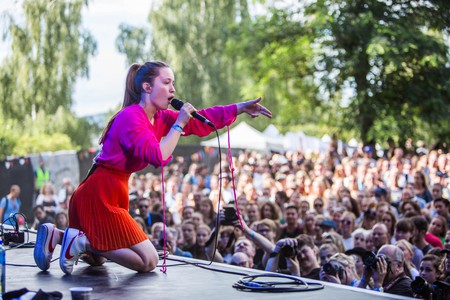 We only really know of Sigrid (yes, another Norwegian act… but we are in Oslo, after all) through her YouTube version of ‘Don’t Kill My Vibe’. If you’ve visited the video streaming site at all in the last few months, you’ve heard this song.

And Sigrid’s live version does not disappoint. It might be the sort of thing that features heavily in Made in Chelsea, but is that really a bad thing? And then there was ‘Plot Twist’ – another one of Sigrid’s tracks that will have you singing along… even on first listen! 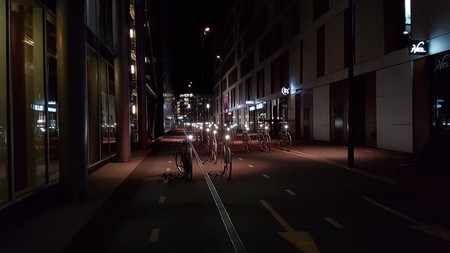 During Øya Music Festival, Oslo is alive with music. The festival grounds are located approximately 20 minutes walk away from Oslo’s Central Station and the city is easy to navigate by bus, train, metro or tram. So, it’s time to start planning your 2018 trip. We know we are.

For more things to see and do in Oslo, check out our 24 Hour Guide to the City.