13 Facts That Will Change What You Think About Norway

You might already know that Norway is the land of the Vikings or that it’s one of the happiest countries in the world, but these 13 quirky facts will help you understand this fascinating country and its culture a little bit better.

It is very difficult to be a smoker in Norway. For one, smoking has been banned in all public spaces since 2004 and then there’s the cost: a pack of cigarettes will set you back about €12 (£11). But snus, a form of moist dipping tobacco that you place directly on your gums, is cheaper and better for those around you. Around 12 percent of Norwegians use snus daily, compared to 11 percent who smoke. 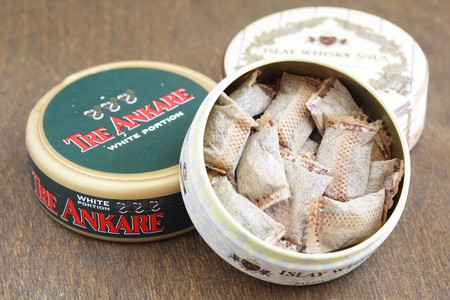 Norway is to become the first fur-free Nordic country

The country’s government is pushing for some eco-friendly reforms with the goal of making Norway completely fur free by 2025. Despite some opposition, fur farming is no longer a lucrative business in Norway with consumers choosing faux instead. 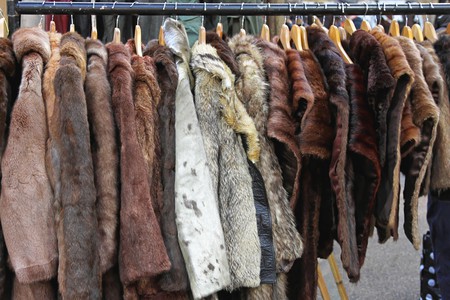 This is the most lustful country in the world

Norway has the most electric cars

If you’re ever sleepless in Oslo, instead of counting sheep, you could count the Tesla cars driving by. Norway has the highest number of electric cars per capita anywhere in the world – and besides the fact that electric cars are better for the environment, something Norwegians care deeply about, the government is also offering many perks to entice people to switch to electric. There are great tax deductions, charging your car is free and you are exempt from paying tolls (at least in the Oslo area). The plan is to end sales of gasoline and diesel vehicles by 2025. 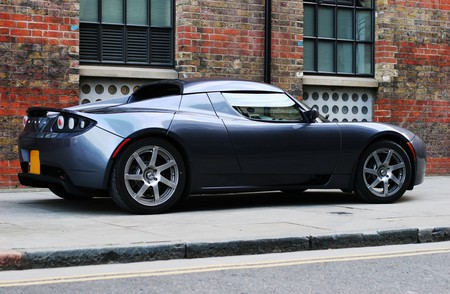 …and will soon have electric aeroplanes

Electric aeroplanes may be a tad more complicated to pull off than electric cars, but Norway is making great progress. Avinor, the company that operates Norway’s airports, is working with Rolls-Royce and Siemens on a hybrid fuel-electric plane model with the aim of making short-haul flights (up to 1.5 hours, which covers domestic and flights to other Scandinavian capitals) entirely electric by 2040. 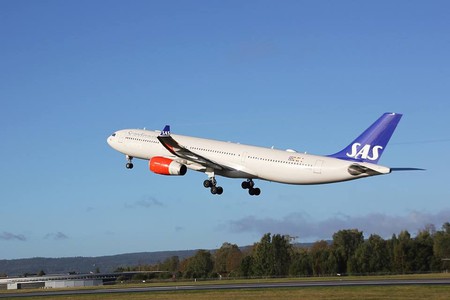 Well, not Norway per se. But Norse explorer Leif Erikson did reach the shores of Vinland (northern Newfoundland) about 500 years before Christopher Columbus. Like Columbus, it was a total accident: Leif thought he was sailing towards Greenland, but the winds blew his ship off course.

…and Norway also has its own Statue of Liberty

Yet another connection between the land of the Vikings and the land of the free. It may have been a gift by the people of France to the people of the United States, but the copper used to create the statue came from a mine in a small village called Visnes on Karmøy island. To commemorate this, a miniature version of the Statue of Liberty was built in Visnes – and there’s significantly less queuing time to visit this one. 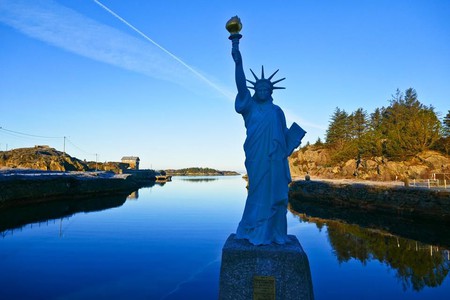 This may be hard to wrap your head around, but salmon sushi is a Norwegian invention. Until the mid-’80s, the Japanese used mostly tuna and sea bream for their staple rolls and sashimi – due to the fact that Pacific salmon is prone to parasites and therefore very dangerous to consume raw. But Norwegians have a lot of salmon (like, a lot) and started exporting it to Japan in the early ’90s, after huge efforts by the government to convince the Japanese that Scandinavian salmon is safe. Of course, nowadays salmon sushi is a popular Japanese culinary export, but Norway is reclaiming it by ways of some pretty great sushi restaurants – like the Michelin-star Sabi Omakase in Stavanger. 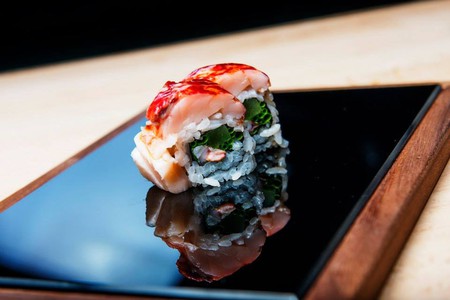 The world’s longest wooden staircase is in Norway

The wooden staircase in Flørli was first built for power plant workers in 1916, but today it’s a popular hiking destination. Situated on the shores of Lysefjord and close to other sights like the Kjerag Boulder, this is the perfect place to get a bird’s-eye view. There’s just the small matter of 4,444 stairs to get there. 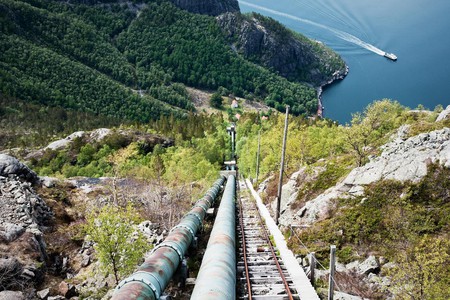 …as is the world’s longest tunnel

Lærdal is home to the world’s longest road tunnel. The tunnel, which connects the city with its neighbour Aurland, stretches 24.5 kilometres (15.2 miles). It takes about 20 minutes to cross and is illuminated by beautiful light fixtures to help keep drivers alert. 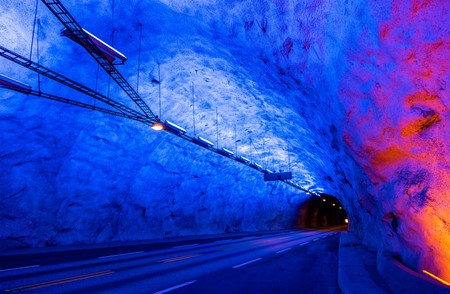 Norway allows kids to choose their own gender

Some of the fundamental values of modern Norwegian society are equality, respect and tolerance – and a 2016 gender law is proof of that. The ruling states that children from the age of six can, with parental consent, self-identify as male or female regardless of the gender assigned to them at birth by simply filling out a form online. In a world where trans people need to endure long periods of counselling, hormonal treatments and invasive surgery (and proof that these procedures have taken place) in order to be able to legally change their gender in identity documents, it is very important that countries like Norway are taking a stand.

There is equal pay for male and female footballers

And speaking of taking a stand: Norway is working hard to eliminate the gender pay gap as well. A 2017 agreement between the country’s football and players’ associations made Norway the first to offer its women’s national team an equal salary. The even more inspiring thing? The men’s national team all agreed to take a pay cut to help make this happen. 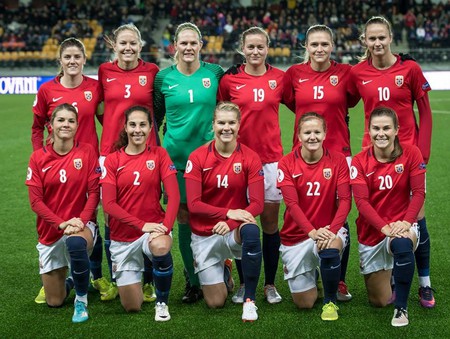 Anyone can see anyone’s income online

When there is equality, it’s easier to achieve transparency. Personal income tax was public in Norway since it was first introduced back 1882. Today, you can see anyone’s income and tax returns with the click of a button, since these are posted online on the Norwegian Tax Administration’s website. This practice keeps companies in check and tax evasion almost non-existent, proving that there’s nothing Norwegians love more than being fair.