11 Top Things to See and Do in Norway 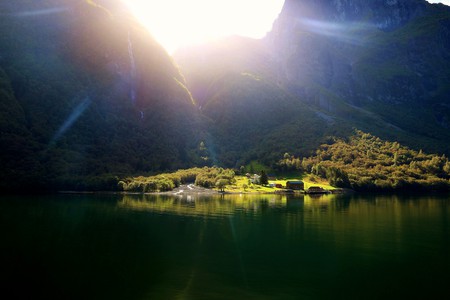 Norway attracts adventurers and it’s easy to see why, with the country’s astounding nature lending itself to an active holiday. Its unique, northernly cities are brimming with art, history and great, unusual food; and the never-ending splendour of the Northern Lights literally top it all. Below are just a few of the things that make Norway a magical place to visit.

The Fjords: A Quintessential Part of the Norwegian Landscape

It is almost a crime to visit Norway without seeing one of its many astounding fjords. The fjords look incredible from any angle and dwarf everything else in the landscape; Sognefjord in Norway reaches a depth of 1,308 metres (4,291 feet) and Hardanger Fjord stretches across the landscape for a whopping 179 kilometres (111 miles).

Geiranger Fjord is another of the country’s most popular fjords and a UNESCO protected area, and you’ll find numerous sightseeing, hiking, fishing, rafting and cycling trips to go on from here. Oslo Fjord, meanwhile, provides a beautiful and dramatic backdrop to the Norwegian capital.

Forget the Alps, Norway is the perfect place for snow sports. It is no wonder that Norway has won more medals than any other nation at the Winter Olympics. Lillehammer, the pretty little town two hours north of Oslo, hosted the Olympics in 1994 and is now there for the public to show off their skills, or lack thereof, in both skiing and snowboarding. Hemsedal, Trysil and Geilo are also excellent winter sport resorts. Try your hand at langrenn, something that some Norwegians even practice on roller skis during the summer.

Have a Whale of a Time with Norway’s Wildlife

Norway is a European sanctuary for certain species. Moose, bears, wolves and musk oxen are all still spotted (some occasionally) in Norwegian forests, while reindeer can be found both in the wild and as part of Sami herds. Polar bears are reserved for Svalbard; however, diving for king crabs or spotting a white-tailed eagle is possible on the mainland (as long as you head to the north).

Whales visit the Norwegian coast every year, and there are numerous whale-watching tours to allow a glimpse of these magnificent creatures. Sperm whales are most common, and if luck is on your side you might see pilot whales, minke whales, humpbacks, dolphins and killer whiles. Head to Vesterålen, Tromsø or Narvik to give yourself the best chance of spotting these impressive beasts. 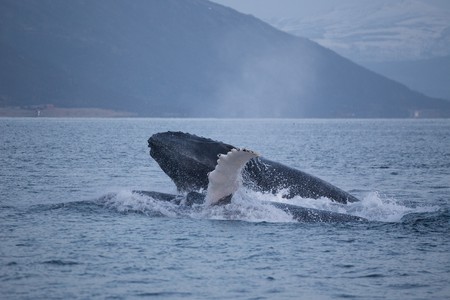 Edvard Munch’s painting The Scream is probably Norway’s most famous painting and it can be found in the National Gallery in Oslo as well as at the Munch Museum (full disclosure: he painted several versions of many of his paintings). Norway’s art scene is much bigger than Munch, however. A trip to Vigelandsparken, with more than 200 sculptures, is another must-see in Oslo. For some live art, head to the city’s beautiful, modern Opera House. 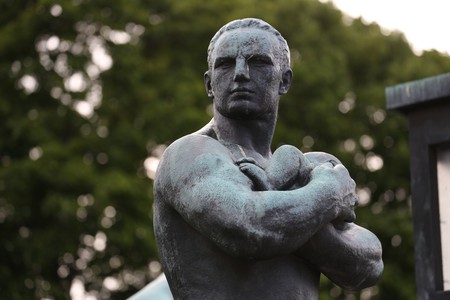 Do as the Norwegians and pack an orange, a Solo (orange-flavoured soft drink) and a Kvikklunsj (Norweigan chocolate wafer) in a trusty bag and then go and explore one of Norway’s many magnificent hiking trails. The most important thing to remember is to leave things as you find them – take nothing but photos. Some of the country’s favourite hiking trails and viewing points take you around the fjords and include, but are not limited to, Preikestolen, Trolltunga and Fjellstua.

If hiking is not adventurous enough, then glacier hiking might be just perfect. At the Briksdal glacier it is possible to join a tour and hike along one of these constantly-moving, ancient parts of nature. Hiking is a fantastic way to discover Norway’s nature and to get a better understanding of the Norwegians’ close relationship to their surroundings. Oh, and of course the views are just amazing. 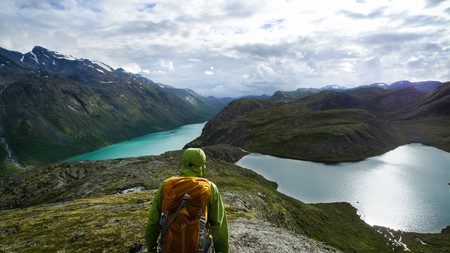 Bergen is the second-largest city in Norway and was once the country’s capital. Its national and cultural significance can be explored throughout the city, not least at the beautiful Bryggen Wharf. Bryggen has been a central part of the city since the Viking age, and today comprises a colourful row of houses dating back as far as the 14th century.

Like most of Norway, Bergen is situated right by some wonderful nature. Taking Fløibanen up to Mount Fløyen is one of the city’s most iconic attractions, but you should also look at walking up the steep paved trail called Stoltzekleiven. Relax at the top with a traditional Norwegian waffle or go to explore everything the wonderful city below you has to offer. 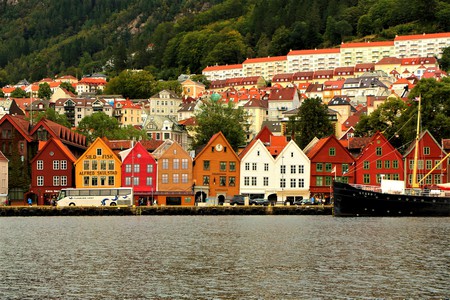 From reindeer to mutton to salted and dried fish, traditional Norwegian cuisine has been heavily influenced by Norway’s harsh environment, which made it essential that food could last for many months. Therefore, much of the country’s traditional food has been preserved in creative and unusual ways through history. Many of these classic dishes taste amazing and make for a fun way to learn more about traditional Norwegian ways of life. For an experimental, modern take on Scandinavian food, the three-Michelin-starred Maaemo in Oslo is the ultimate place to go. 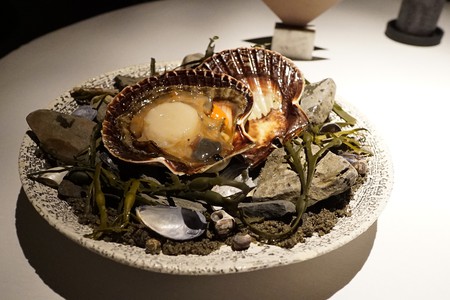 The Rich Maritime History that Put Norway on the Map

Pillaging seafarers or farmers with a keen interest in sailing – call them what you like, but the Vikings have had a huge impact on Scandinavia and the rest of the world. Learning about the Vikings is an essential part of discovering more about Norwegians and where they come from. The Viking Ship Museum in Oslo is perfect for this. The seafaring did not stop with the Vikings, and the Kon-Tiki and Fram Polar Ship Museums have fantastic exhibitions on the many exotic and freezing expeditions that Norwegians have ventured out on. 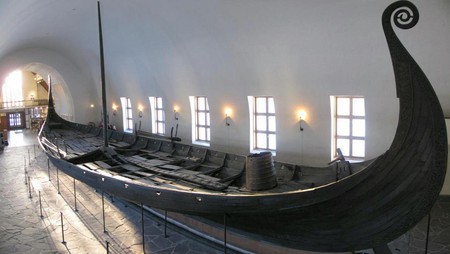 The Quaint Fishing Villages Dotted Along the Norwegian Coast

Norwegian waters are not just rich in oil but also have a huge variety of fish, something that has been essential for survival through many centuries. Traditional fishing villages such as Henningsvær and Reine are still around, and the Lofoten archipelago is dotted with them. People still live in the villages and use them as they have always been used. When visiting, try and stay in one of the traditional fishing huts, which may have a cod or two drying outside. 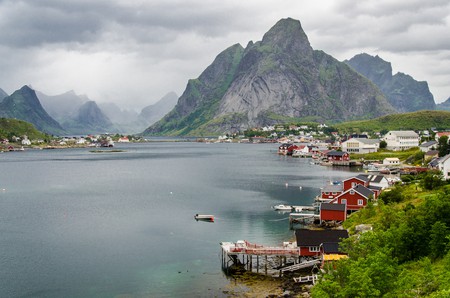 Everything the Capital City Has to Offer

Oslo is the fastest growing capital in Europe. Head here to get a glimpse of modern Norway. Oslo’s setting makes it something special; despite being the biggest city in Norway, nature is always close by, and it probably has some of the freshest, most delightful air of any capital city in the world. 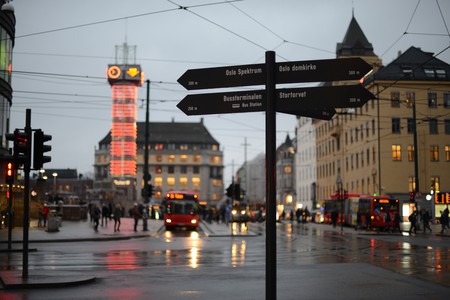 Norway can be a bit confusing at times, especially if you find yourself above the Arctic Circle at the right time of year, when it is either dark or light all day. Although it can take a toll on the body clock, this phenomenon is exactly that – phenomenal. You’ll find few other places on earth where you can experience the midnight sun and endless nights in the same comfort as in Norway.

Norway is of course also home to another above-the-Arctic-Circle must-see experience: The Northern Lights. The North Cape and Tromsø are perfect places to experience both. 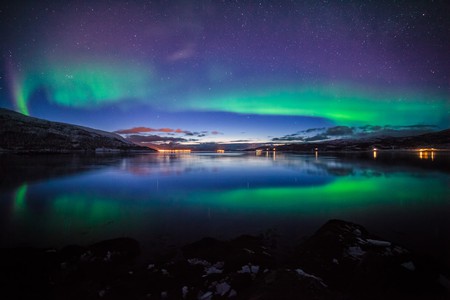