11 Reasons Why You Should Visit Oslo at Least Once 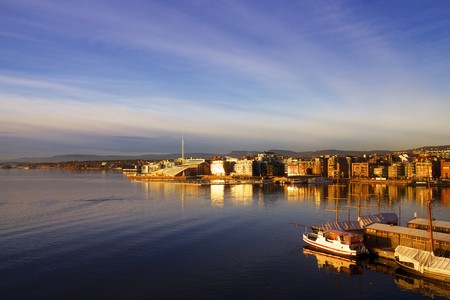 Norway’s capital, Oslo, is an exciting and beautiful city with views over the Oslo Fjord and mountains surrounding it. Despite its fairly compact size, Oslo has lots to offer and provides the perfect setting for both exploring and relaxing. Here are 11 reasons why you should visit this quintessentially Northern European city.

It is friendly towards families, couples and solo travelers

Oslo has something to offer all its visitors, whether you are traveling by yourself, with the whole family or as a couple. There are plenty of cool bars, fun museums and outdoor activities to satisfy everyone. Oslo itself is a mix of families, students and professionals who all come together to enjoy the city. So, however you are traveling, you will fit right in. 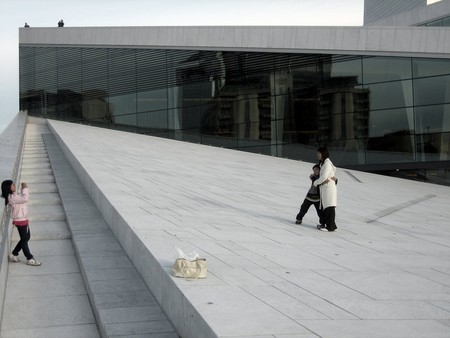 If you love food, then Mathallen in Oslo is a must-visit. Mathallen, or The Food Hall, consists of 33 upmarket shops and restaurants showcasing the best of Norway. This is the place to discover Norwegian food culture. Throughout the city, there are restaurants offering both traditional local delicacies from across Norway, as well as modern takes on Norwegian specialties. In recent years, kitchens offering fusion cooking have also become popular in Oslo. If you’re a foodie, have the money and are planning your trip well in advance, try to book a table at Maaemo, Norway’s first 3 Michelin-starred restaurant. 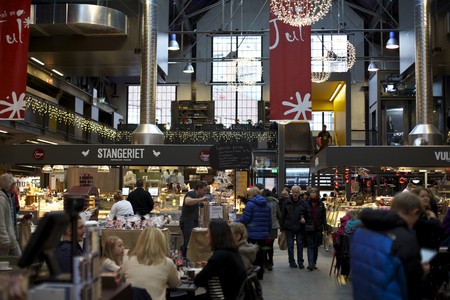 Nature is on your doorstep

As soon as you step out into the streets of Oslo, you are reminded that Norway’s beautiful nature is just around the corner. Oslo Fjord lies at the bottom of the city and mountains surround the rest of the town. Oslo Fjord is a fantastic place to go exploring in the summer, with public transport boats and tourist companies taking visitors and locals out to the nearby islands. In the winter, the mountains around Oslo are perfect for skiing and snowboarding, while during the summer they are hugely popular hiking destinations. Norwegians pride themselves on their close contact with nature, and you don’t have to be here for long to realize that most of them really do love their surroundings. 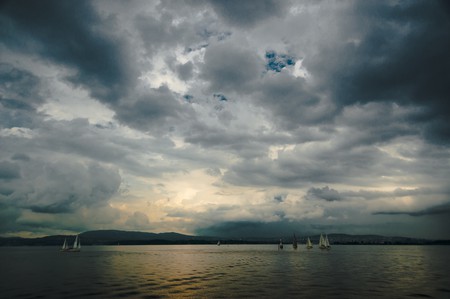 The beautiful mix of old and new

Oslo perfectly embodies the old and the new. Akershus Fortress in the center of Oslo dates back to the 1300s, while the regenerated Bjørvika area is a great example of modern Scandinavian architecture. You will find this mix of old and new throughout the city, and it plays a large part in endowing Oslo with its particular character. The Opera House, just next to Bjørvika, and Aker Brygge are two of the best examples of great modern Norwegian design, while the streets of the Frogner and Bislett areas are full of the older apartment blocks, which add a charming dash of color to the city landscape. 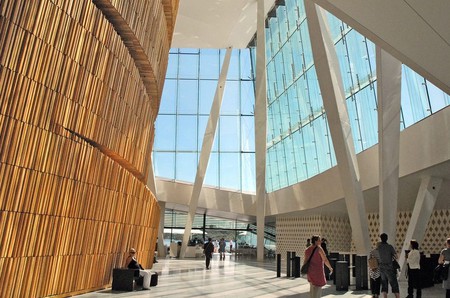 The foyer in the Opera House | © Jean-Pierre Dalbéra / Flickr

The cleanliness and fresh air

Norwegians take good care of their capital city and it is just about completely rubbish-free. Despite its oil, Norway focuses a lot on renewable energy, something that can be seen throughout the city by the almost excessive amount of Teslas and other electronic cars on the road – easily identifiable by the ‘EL’ at the start of their number plates. Another thing that is fantastic about Oslo is the fresh air and its amazing tap water. The air here usually feels like you’re in the middle of a national park, rather than in the middle of a capital city, and water from the tap rivals even the most expensive bottled water. 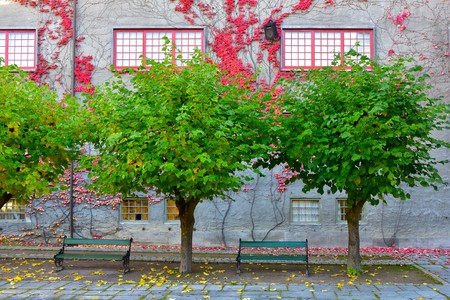 Oslo has a long and varied history, dating back to 1000 AD, though the city used to be located slightly further to the east. You can still visit the ruins of the old town today. Oslo has been influenced by occupations from Denmark and Sweden, and it was actually called Christiania up until the 20th century, thanks to the slightly egotistical Danish-Norwegian Renaissance king Christian IV. Oslo has many great museums that make it easy to delve further into its rich history, including Akershus Fortress, the Viking Ship Museum and the Fram Museum. 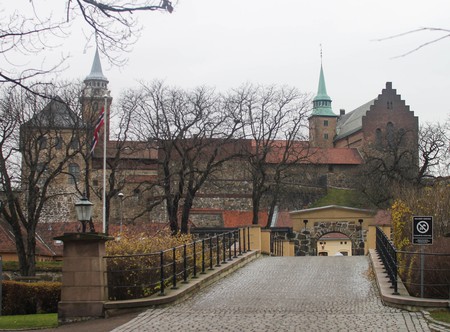 From art museums to small bar venues hosting local musicians, Oslo is home to a broad variety of cultural experiences. For a taste of one of the most unique aspects of Norwegian culture, head to Oslo on May 17, Norway’s national day, when the streets are filled with parading children and people in traditional outfits. 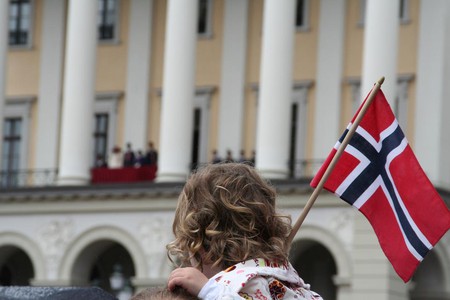 Find a comfy seat in one of Oslo’s many coffee shops and while away the day, or find a spot along the Oslo Fjord and enjoy the sunshine and beautiful views. Oslo allows you to slow down your pace, take in your surroundings and relax. Take a stroll through Vigelandsparken or down the main pedestrian street, Karl Johansgate, and soak up the unhurried atmosphere of the city. 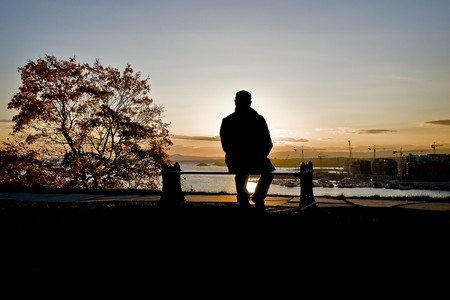 There are plenty of things to do in the summer…

During the summer, Oslo opens its doors to all kinds of outdoor activities, including island-hopping in the fjord, concerts, hiking and cycling, to name just a few. As soon as the sun shines, people are outside enjoying the weather. Scandinavians tend to appreciate every ray of vitamin D they can get. 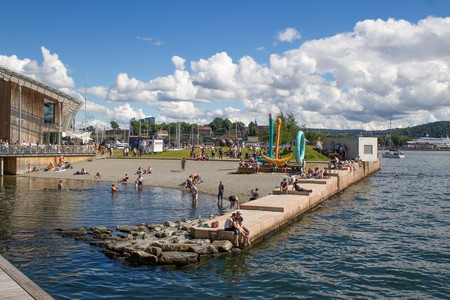 …and lots to do in the winter

Oslo is very special during the winter, when the snow begins to fall and it starts to feel like a magical winter wonderland. Skiing is a very popular activity and you can always spot the Holmenkollen ski slope, which is just a short metro ride away from the city centre, and definitely worth a visit. Enjoy a hot drink and see how the people transform the city into a bastion of winter sports activity thanks to the crisp cold and white snow. 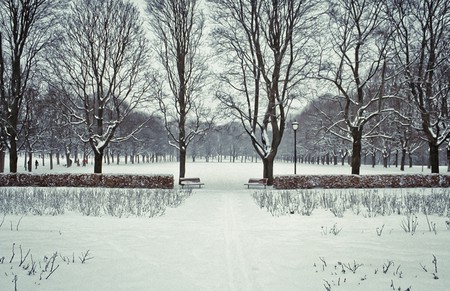 It is safe and easy to travel in

If you are planning on going to lots of museums, then a city pass is a good option as it provides access to over 30 museums, as well as the public transport system. Oslo is an extremely safe place to visit, and the locals, with their excellent English skills, are on hand to help with directions and other handy advice. 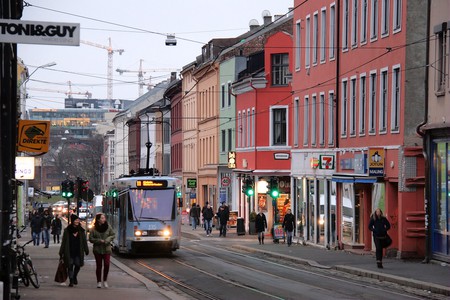