11 Reasons Why You Should Visit Bergen At Least Once 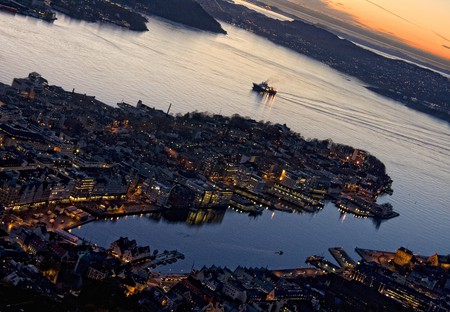 Norway’s second city makes for a great city break destination or point of departure for exploring western Norway, which is home to some of Norway’s most remarkable nature. With its distinctive colourful wooden houses, its sense of history and the nature you can find right on its doorstep, Bergen can give visitors a real taste of the Norwegian way of life.

You Can Discover the Splendours of Bryggen Wharf

Bryggen is the undisputed king of motifs for Bergen postcards, and for good reason. The line of bright house facades facing the Vågen bay is just the beginning of exploring Bryggen. The houses – the oldest of which dates back to the 13th century – hide custom shops, eateries and even a secret World War II hideout museum in their backyards too. Walk around this living and breathing UNESCO world heritage site. 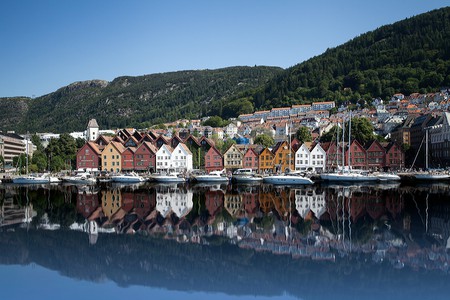 Take in the Magnificent Views of the City

Bergen is surrounded by high-points from which you can get some pretty spectacular views of the city. Take the Fløibanen railway line up the Fløyen mountain from the centre for a few minutes to get to one of the best views without even straining yourself. 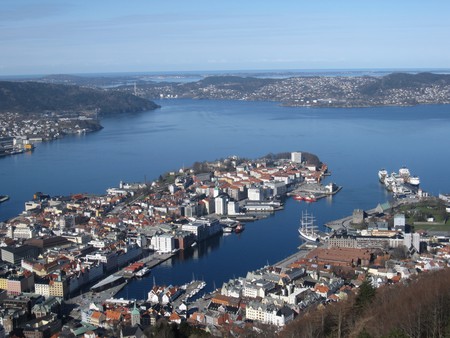 Though Bryggen wharf stands out for its age and location next to the water, Bergen is full of other streets, facades and architectural details worth exploring in their own right. Bergen is full of colourful wooden houses, and together with the crooked, cobbled streets they help give Bergen its special charm and character. 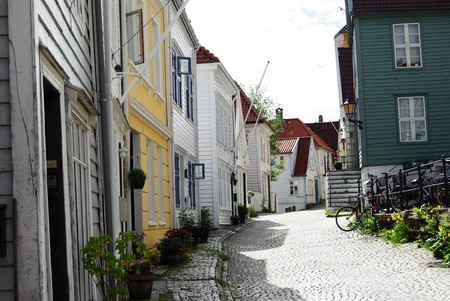 Get a Taste of Bergen

Norway is famous for its fishery industry, and Bergen was the high seat of fishing and seafood trading, even in medieval times. Its fish market is open every day right in the city centre just opposite Bryggen. There’s a good amount of seafood restaurants around here to sample some of the freshest treasures of the ocean you’ll find anywhere. If you don’t fancy sitting through a three course meal or paying Norwegian restaurant prices, try out the fishmongers’ take-away dishes like fiskekaker, meatball-like fish patties, which you can have served in burger buns for a truly Norwegian delicacy. 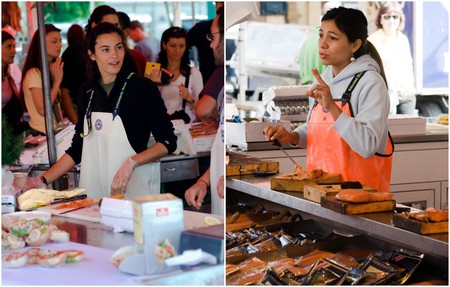 These may sound like arbitrary points, but Norway’s fierce protection of its domestic environment and its abundant natural resources have resulted in some of the purest, best-tasting tap water you’ll find in any country and some of the freshest air even in cities like Bergen and Oslo. Spending a couple of days in Bergen may even feel like a bit of a detox. 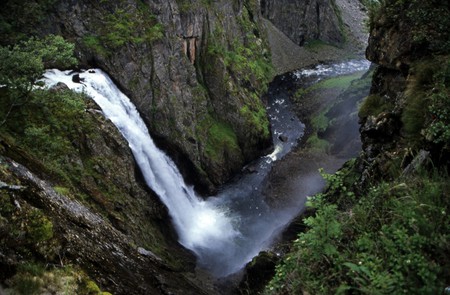 From the Bergenhus fortress to the city’s many statues to its great museums, Bergen’s history is ever-present as you stroll around the city. An excavation at Bryggen, for example, revealed more than 100,000 objects of archaeological interest from past centuries just within that small area of the city. Bergen has been an important city for nearly a millennium and it used to be Norway’s capital. Its huge wealth made Bergen into the city that it is today – accumulated by the city’s many fishermen and traders. 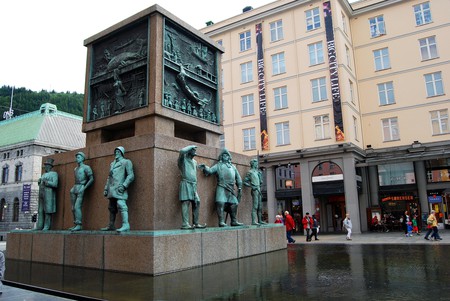 Astounding Nature is Just Minutes Away

The Fløibanen railway may be a bit touristy, but once you step away from the viewing platform, you begin to realise just how big a presence raw, natural wilderness has in Norway. You’ll be minutes from the centre of Bergen, but you can hike for hours and see just a few people on your path. 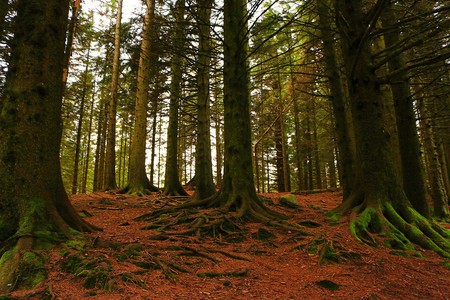 Western Norway can boast some of Norway’s most impressive natural wonders, including many of the country’s best fjords. If you have a car available, national parks such as Folgefonna and Hardangervidda are within fairly easy reach considering the huge size of the country. Combine a night or two in Bergen with a driving holiday or use Bergen as your base for some amazing day trips. Ye of little car, despaireth not: Norway’s excellent transport systems make it possible to reach some pretty spectacular places by bus too or train as well. 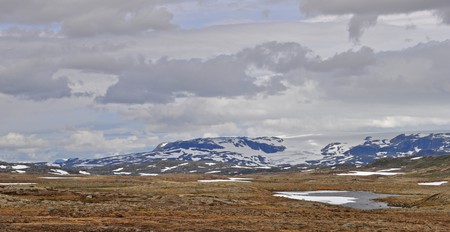 You Can Go on a One-Day Fjord Cruise

As said, western Norway is home to lots of spectacular fjords. Many different companies offer half-day or full-day cruises up fjords such as Osterfjorden, Nærøyfjorden and Sognefjorden – the longest open fjord in the world and one of the most spectacular. You can reach all of these within hours of departing from Bergen’s city centre. 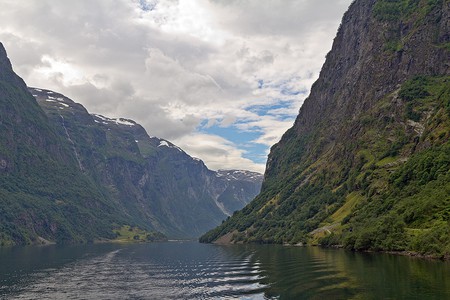 You Can be Inspired by Bergen’s Cultural Giants

Bergen was the home of some of Norway’s best-known cultural figures, such as the classical composers Edvard Grieg (of “Morning Mood” and “Hall of the Mountain King” fame) and Ole Bull, the Danish-Norwegian Enlightenment author and philosopher Ludvig Holberg, the modernist author Amalie Skram and the romanticist painter J.C. Dahl. Bull’s and Grieg’s villas have been opened up to the public and host regular concerts while many of Dahl’s paintings are on display the KODE art museums. 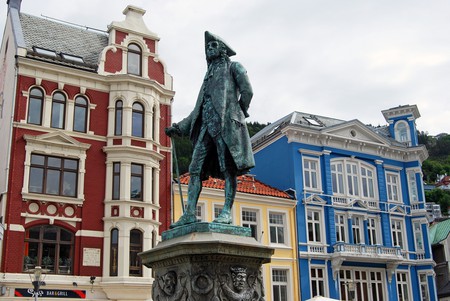 Bergen is Great All Year Round

It’s probably fair to say that the Bergensians know how to handle a bit of rain and snow. Visitors need not fear winters in Norway; the country is well-equipped to deal with snow, and Norwegian houses are designed to keep a toasty indoor temperature even in minus degrees. A famous Norwegian saying goes “there’s no such thing as bad weather, only bad clothing”, and as long as you have a scarf, hat and good winter coat to put on, you’ll find that Bergen is just as charming in the winter as in the summer, and that a whole new bunch of activities are unlocked in the colder months. Two of Norway’s best ski resorts, Geilo and Voss, are within a couple of hours’ reach on the Oslo-Bergen railway line, for example, and the seven mountains immediately surrounding Bergen are great skiing destinations too. No excuses not to go to Bergen then! 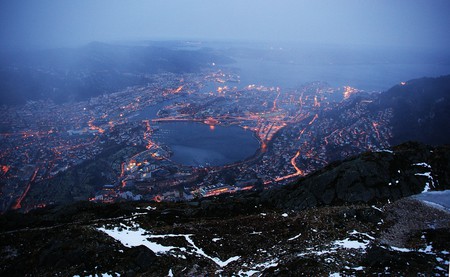