11 Customs Only Norwegians Can Understand 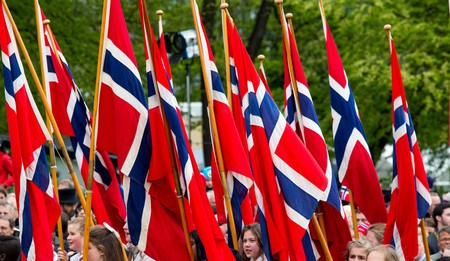 Norwegians have developed some traditions, manners and institutions that appear rather baffling to outsiders at first (and sometimes, let’s face it, after a good long while as well). Here are 11 of Norway’s unique customs.

They see me rollin’…

You are just as likely to see Norway’s buses and trains packed with people holding winter sports gear in the summer as you are during the colder months. That’s because Norwegian cross-country skiing enthusiasts dust off their roller skis when there’s no longer any snow to practice on. Prepare to see scores of determined Norwegians powering up and down hilly roads! 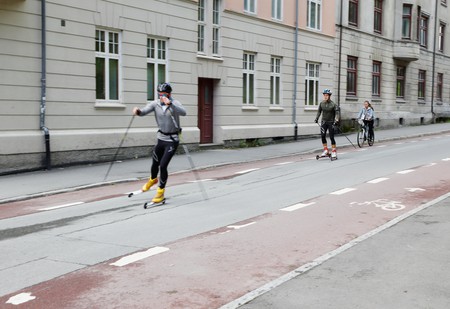 A bit of blood and gore at Easter

There’s nothing like watching a bit of crime on the telly to get into the Easter spirit, right? In Norway, reading or watching modern or classic detective series has become an integral part of the holidays. The tradition is said to have started rather sensationally in the 1920s. 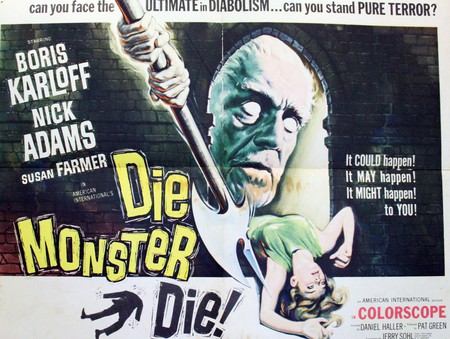 Brown cheese is a Norwegian institution in itself. Made with cow’s or goat’s milk, whey, and cream, the cheese has a soft, sticky consistency and tastes almost caramelized. To become a fully fledged Norwegian, try this unusual-yet-delicious topping on a soft waffle. 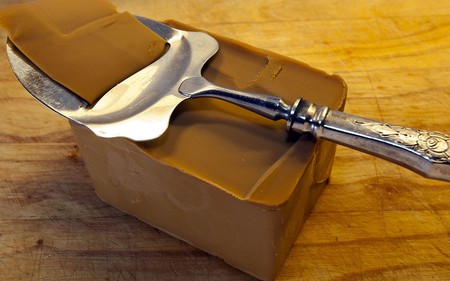 Norway is a huge country with only five million inhabitants. Perhaps this sparse population density is why Norwegians love their personal space. This is particularly true while riding public transportation – where Norwegians will only sit down next to or directly opposite someone else if there are no other options available – or while waiting for the bus or train. 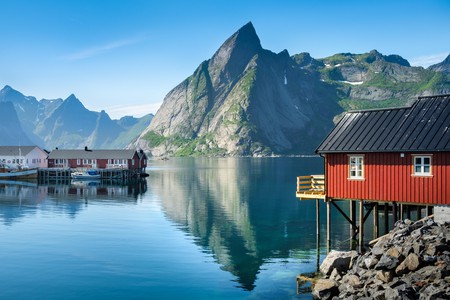 Like brown cheese, the humble taco has become a bit of a culinary institution in Norwegian culture (top tip: don’t try to mix the two) to the extent that someone has created a history of the taco in Norway webpage. The taco became a regular Friday-night guest in Norwegian homes in the 1990s. Now, the consensus seems to be the more tacos, the better. Its nearest rival is the ‘Grandiosa’, a brand of frozen pizza. In the interests of full disclosure, ‘taco’ in Norway also includes tortillas for some reason. 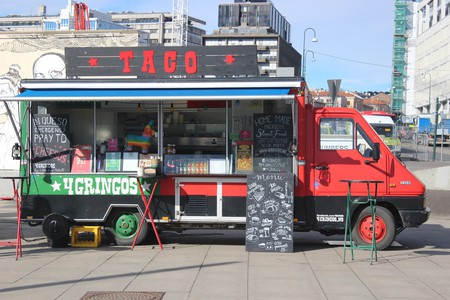 Spending a lot of money on ‘bunads’

Many Norwegians spend as much as 50,000 NOK ($5878, £4624) on bunads, which are worn on special occasions such as Norwegian Constitution Day (also known as Norway’s National Day). The beautiful suits and dresses are often worn with accessories specific to a particular region. It’s quite something to see Norwegians, known for their parred back, monochromatic fashion, wearing these unique traditional outfits. 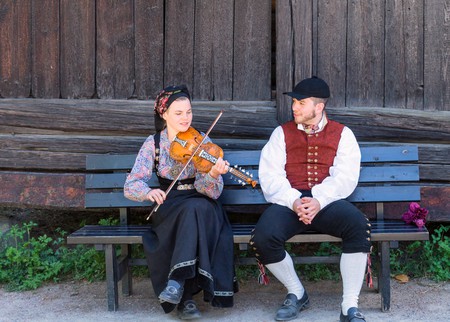 Not introducing friends to one another

Many non-Norwegians who live here experience the confusing moment when a Norwegian friend runs into someone they know and proceeds to have a chat without introducing you. This leaves the odd person out to shuffle around awkwardly while the other two discuss the weather, the political situation and the meaning of life. This is not meant as an offence; it is just a facet of Norwegian social customs of not wishing to impose themselves or situations on others.

Going all out for Norwegian Constitution Day

Move over US, not even the July 4 rivals the enthusiasm and commitment of Norwegians celebrating their National Day. Many don their bunads, enjoy a champagne breakfast, and then head to the town centre to watch a tear-inducingly cute parade of local schoolchildren waving flags and banners. In Oslo, this takes place in front of the royal family at the castle. The tradition then dictates spending the rest of the day in revelry consuming lots of alcohol and inhaling as many hot-dog sausages, ice lollies, waffles and pieces of cake as possible. 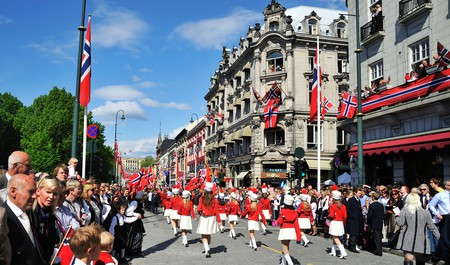 Norway's National Day is celebrated every year on 17 May. | © Norimages / Alamy Stock Photo

Buying alcohol from the state

You can, of course, buy alcohol in bars, clubs and restaurants, but the only way to buy it for home consumption means going to a state-run vinmonopolet. These shops shut their doors in the early evening and stay closed on Sundays. Supermarkets can now sell some beer brands but those sales stop earlier than the rest of the shop. 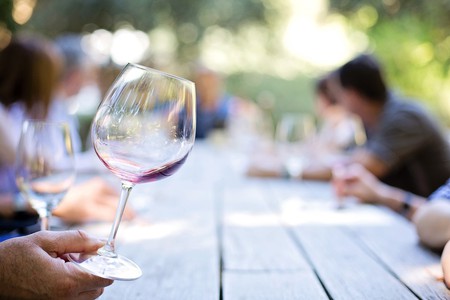 Party hard for a month… just before your exams

Foreign fans of the SKAM cult TV series may already know that Norwegian high-school students are crazy about buses. In Olso and Bergen’s more prosperous neighbourhoods students group together to buy a bus, bling it up in their final year and drive it around while partying during their graduation celebrations. Graduating students also wear the same pair of red dungarees during the entire month of festivities and are not supposed to wash them. The whole thing climaxes on Norwegian Constitution Day, when the red russe-students often walk in the parade looking suspiciously worn out. 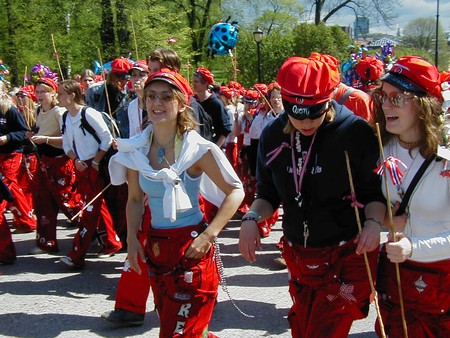 Paying extortionate prices for everything except salmon and blueberries

Norway’s prices are undeniably high compared to most other countries. For example a pint of beer in Oslo will cost around £9/$12. However, Norwegians are also paid some of the highest average wages in the world, so it sort of evens out. It also has the nice added benefit of making almost everywhere else seem pleasantly inexpensive. 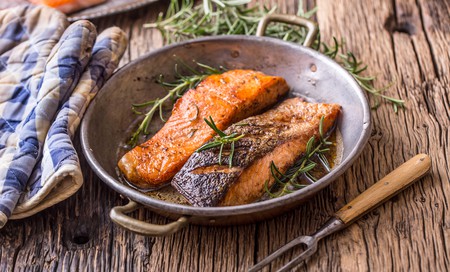