10 Top Things to Do in Oslo During Summer 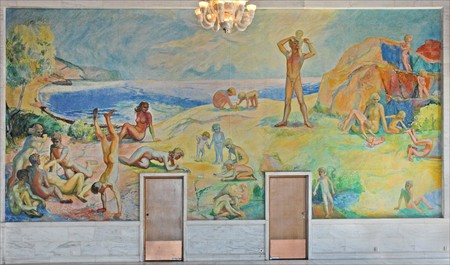 Oslo is great in winter, when skiing and tobogganing opportunities are just a tube ride away and the Christmas market opens up by the National Theatre. It really comes alive in the summer, however, when the city’s many green places become Meccas for one-use BBQ grills and lounging about with friends and family and the good weather (with any luck) allows you to take in the city by foot. Below is a range of great activities to partake in during the summer in Oslo.

Oslo’s Folk Museum is one of the city’s very best. It is at its most entertaining during the summer season, when the museum’s old houses and farms come alive with costume-clad inhabitants, farm animals and even schoolchildren who visit the olden days for a week at a time. Though the museum is popular with tourists and Norwegians alike, it never feels overly crowded thanks to its size. Be sure not to miss the folk dancing (on every hour), the Stave Church and the old-fashioned sweet shop.

The Ekeberg Park lies on top of the elevation to the south-east of the city centre. The park is full of modern sculptures and art pieces, but the park’s most captivating features are the view of Oslo and the Oslo Fjord as you stride up the hillside and the 5000-year-old Stone Age carvings that you’ll find on a cliff close to the tram stop. You can also take the tram up here if you don’t fancy the rather steep walk, though you’ll lose out on some of the best views. If hunger strikes while you’re up at Ekeberg, the restaurant provides spectacular views of its own and outdoor seating. 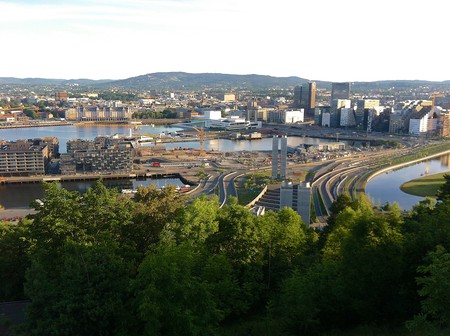 Sørenga is the newest apartment complex/mini district being built in central Oslo. It is the home of a new all-year open-air bathing facility which includes a beach, showers, lounging chairs and marked lanes to accommodate all types of swimming. You’ll find Sørenga next to Bjørvika, which includes those cool Barcode buildings on the waterfront. 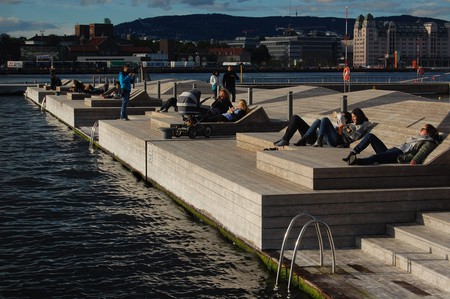 Rooftop Concerts at the Opera

In the last two weeks of July, the Norwegian Opera and Ballet are hosting rooftop concerts on top of the beautiful Opera House for just 70 NOK (£6.70/$8.70). This tradition sees one or two of the House’s opera singers perform alongside a piano player in this great setting with a view of both the city centre and the Oslo Fjord.

Enjoy the Islands and the Fjord

Oslo’s magnificent fjord and its many islands are popular destinations with the locals in summer too. You’ll find lots of boats – touristy and non-touristy – at Aker Brygge, which is also the departure point for the islands. You can read our guide to enjoying Oslo’s water and waterfront here. 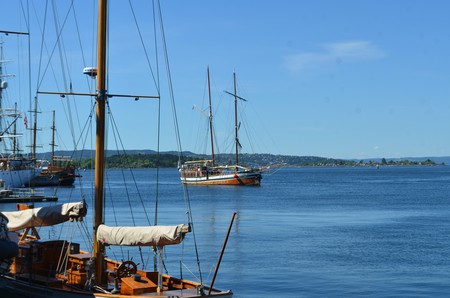 The Akerselva is the large river cutting through Oslo from north to south. It used to be the focal point of Oslo’s industry, when the river’s immense energy was used to power the factories and mills you can still see on its shores. Now, these buildings have mostly been converted to chic offices and recreational facilities, but they still provide a stark and interesting contrast to their nature surroundings. The river begins all the way back at the Maridalsvannet lake and ends, unsurprisingly, in the fjord. You can follow it from the north and head south or go northwards from the city centre for a more challenging uphill walk. 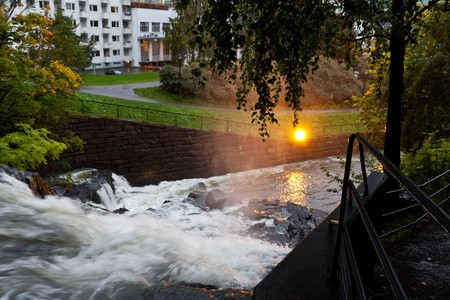 First rule of Norwegian club: Norwegians love to hike and to be out and about in nature. Understandable, really, considering just how lovely and close by Norway’s nature is, no matter where you head. On those Goldilocks days which aren’t too hot nor too rainy, head up to places like the Sognsvann lake, or Holmenkollen or Vettakollen, two of the little mountaintops to the north-west of the centre (all are reachable on the metro). You can usually spot Holmenkollen from anywhere in Oslo – it is the proud owner of the huge Holmenkollen ski slope, which is also worth a visit. 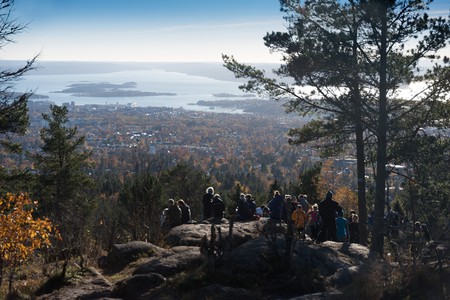 One of the most popular attractions in Oslo is the Vigeland Park (also known as Frogner Park), the largest sculpture park in the world. The sculptor worked on the park for decades and kept expanding on the project, though he also took the time to make busts of most of Norway’s early-1900s elite and to design the Nobel Peace Prize medal. He is one of the best and most famous neoclassic monumentalist artists and was a friend of Edvard Munch (he also befriended a series of teenage girls throughout his life). The park also houses the Vigeland Museum and the Oslo City Museum, two of Oslo’s best museums. The park is also great for lounging about with friends and one of those inevitable one-time BBQ grills. 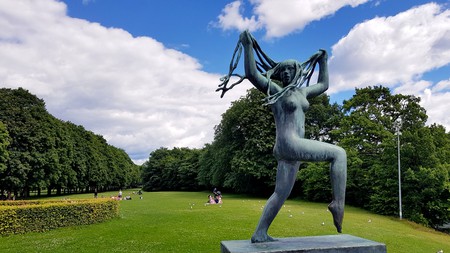 Let your hair down at Vigeland Park | © Blondinrikard Fröberg / Flickr

For those who understand Norwegian, a new type of theatre will be performed at Akerhus Festning in July and August. The performance, which lasts about an hour, takes place during a tour of the ancient fortress. Visitors/spectators will come face to face with prominent figures from Norwegian history, such as Margrethe I, and less famous people including resistance fighters and a maid. Even if Norwegian isn’t quite your forte yet, the fortress is itself a rather lovely setting for a walk on one of those very long Norwegian summer days where the sun only really sets at midnight. 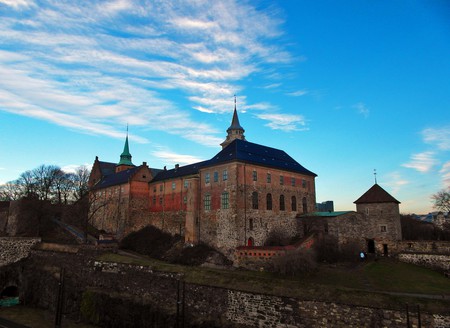 If clambering from the delightfully fresh water of the fjord into a swelteringly humid, purgatorial room full of semi-naked bodies is your cup of tea, then say no more. Granted, many people find saunas relaxing and cleansing, and even if you don’t, the Sørenga floating sauna is pretty cool. It was built from driftwood and looks kind of like a pirate sauna ship. Best of all, it is available for hire, so if you have a group of mates, you can rent it for two hours at a time and even enjoy a beer inside of it before taking a cooling dip in the fjord (it is technically illegal to drink beer in public places in Norway, but the sauna is privately rented). Best of all, the sauna is actually available all year, so if you fancy a swim in the frozen fjord before a trip to the sauna, that can be arranged too. 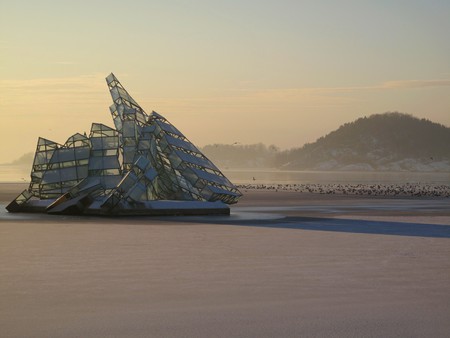