10 Top Free Things to Do in Oslo 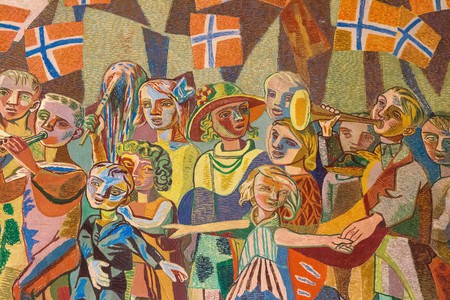 Norway is not exactly known as the cheapest travel destination, but it is entirely possible to experience the capital Oslo without ruining yourself. This is particularly true in the summer when the city’s parks and fjord widen the range of attractions available for free and you have the chance to take in the city by foot (although public transport isn’t hideously expensive). We hope to convince you that you should not let prices discourage you from visiting this interesting, northerly city and its beautiful surroundings.

The City Hall was built between 1930 and 1950 and the architecture and decorations clearly reflect this period. While opinions differ as to the elegance of the style, the building is one of the most interesting in Oslo and a fascinating reflection of wartime Norway.

Even if you aren’t a fan of the look from the outside, you really should explore the interior. The large and colourfully decorated main hall is the setting of the Nobel Peace Prize ceremony and upstairs tells a – heavily stylised and patriotic – story of the Norwegian people painted by many of Norway’s most famous artists of the time, including Munch. As you look through these rooms, bear in mind Norway’s long struggle for independence and the Nazi occupation, which delayed the completion of the City Hall. The rooms are free to visit and open most days. Be sure to pick up a guide or take a look at the free summer tours. 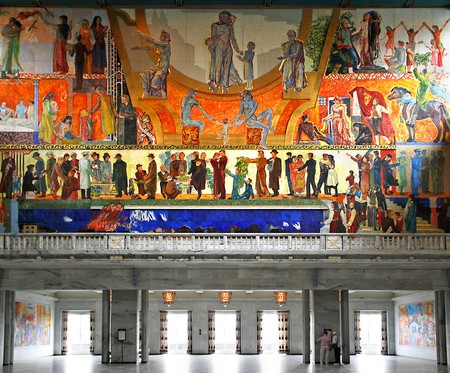 Oslo’s beautiful Opera House was completed in 2008 and made for a very welcome addition to Oslo’s waterfront, helping to revitalise Bjørvika, which is now one of the city’s most attractive areas. While the performances are obviously not free, the Opera House is free to enter and open all day, and a walk up the roof is almost a rite of passage for Oslo tourists. 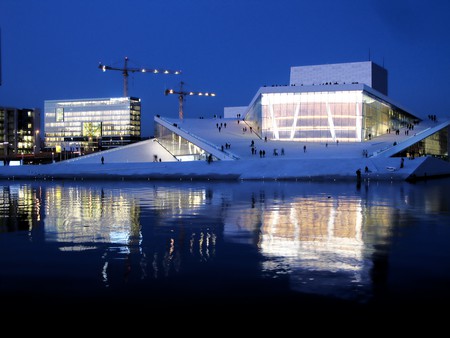 From the fjord to the fountains in the Vigeland Park, water has a large presence in Oslo. Two of the best ways to enjoy this Oslowegian trait is through swimming or ice-skating. For all but the most hardcore visitors, we do not recommend partaking in these activities on the same weekend, although winter bathing in the icy fjord is definitely a done thing in Oslo too. Instead, for a nice summer activity, we suggest heading to Tjuvholmen, Hovedøya or Bygdøy for some of Oslo’s nicest beaches or to the cool new bathing facilities at Sørenga. In winter, the large water feature on the main square by Parliament and the National Theatre is transformed into the Spikersuppa ice skating rink – entrance is free, although you will need to rent skates if you cannot bring your own. 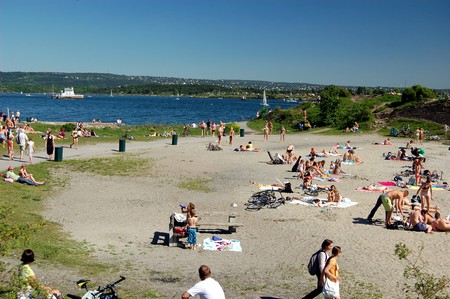 The National Gallery houses many of Norway’s most famous paintings. The gallery is fairly compact and will give you a good sense of Norwegian art with a healthy bit of Picasso and the French impressionists thrown in for good measure. The museum is strong on the particularly Norwegian 19th and 20th-century movements of national romanticism and expressionism; it has a room dedicated to Edvard Munch which features many of Munch’s most famous paintings including The Scream. Ticket prices are never extortionate, but entrance is free on Thursdays. 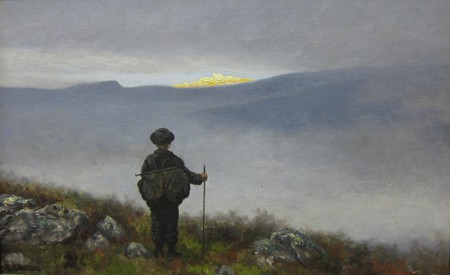 Apart from Munch, Gustav Vigeland is Norway’s most famous artist internationally, and his magnus opum is undoubtedly the Vigeland Park, the largest sculpture park in the world. Vigeland planned and worked on the park across several decades, and the result is a vast array of bronze statues and granite sculptures displaying fascinating and at times unsettling expressions of human emotions. 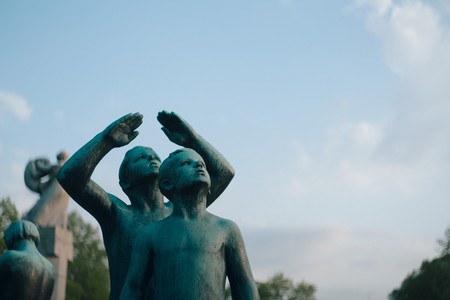 You’ll also find the excellent little Museum of Oslo within the Vigeland Park. The museum is always free of charge and tells the story of the city of Oslo from its ancient origins to today. Most information on the display signs is in Norwegian, but you can ask for the 20-minute audio guide in English and a variety of other languages. Tours in English are available upon request.

The beautiful park includes the Museum of Oslo, the sculptures, a river and the Vigeland Museum | © Tatiana T / Flickr

Walk up along the Akerselva

The Akerselva river runs through central Oslo and divides the city in two. The river begins 150 metres above sea level at Maridalsvannet, north of the city, and ends in the Oslo Fjord close to the Opera House. The significant elevation made the river perfect for generating power for Oslo’s industry in the 19th and 20th centuries, and as you walk up along the river, you encounter several large, redbrick factory buildings which have mostly been converted into chic offices, restaurants and creative spaces. The interesting buildings and at times dramatic landscape play well off each other, and the river takes you through Grünerløkka, one of Oslo’s coolest neighbourhoods. 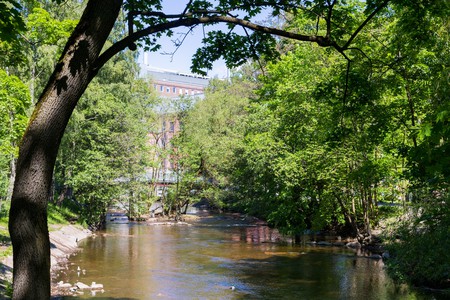 Go up the Mountains

Now, these last three suggestions do all require you to get a public transport ticket, but apart from that, they’re free. The public transport in Oslo is run by Ruter, and you can buy tickets from machines at all metro stations or from the Ruter office on Jernbanetorget by the Central Station. A single ticket is 30 NOK (£2.80/$3.70) while a day ticket is 90 NOK (£8.60/$11.20). Be aware that if you buy tickets on board a bus or tram, they will be almost double the price. Oslo’s excellent and extensive transport system includes buses, trams, boats and the metro and will take you anywhere, even up the mountains and heights surrounding Oslo.

Some of the most popular spots for walks, hiking and views of Oslo include Holmenkollen and Vettakollen to the West and Ekebergparken to the East. The area surrounding the large Maridalsvannet lake should also be on your radar. 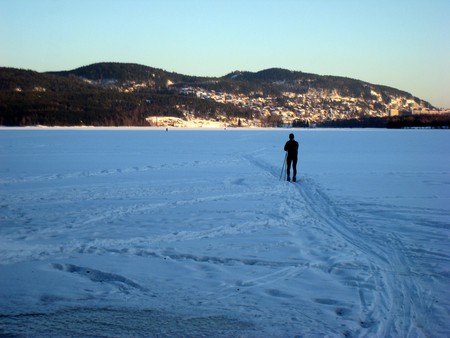 One of Oslo’s most iconic structures is the Olympic-sized ski slope at Holmenkollen, which you can usually spot from the city centre. While you need a museum ticket to gain access to the tower and its fantastic views of the city, the ski slope is pretty impressive from the ground too and very, very Norwegian. You can find some great views of Oslo by following the trajectory of the ski slope and walking up the hill in front of it. For obvious reasons, this is one outdoor attraction that is even better in winter. Many of the skiing events here are free to attend too – remember to bring warm clothing. 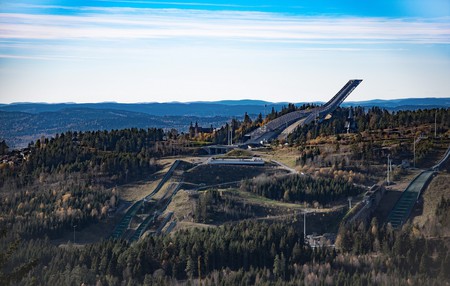 Visit the Islands in the Fjord

One of the best summer activities in Oslo is free as long as you have a Ruter ticket. The islands nearest to the city centre, such as Hovedøya, Gressholmen and Lindøya, are free to visit aboard the Ruter boats which take off from Aker Brygge. The little islands differ in size and character, with woodland covering some and others strewn with little summer cabins. Hovedøya is the safest summer bet – the almost uninhabited island features a good bit of forest, the ruins of an old monastery, a little café and some good beaches. The Ruter boats can also be used as a nice little free half-hour fjord cruise. 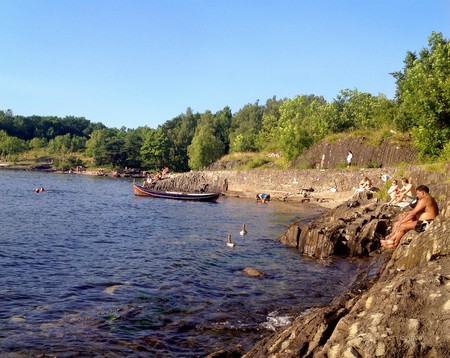