10 Notable Startups to Watch in Norway 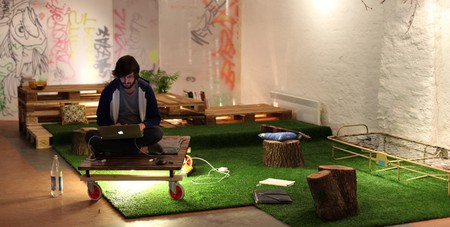 Norway is famed for its oil and the associated wealth that came from the discovery of large oil deposits in the North Sea in the 1960s. Oil is still big business in Norway, however in recent years it has become a great natural habitat for startup companies. In fact, though its neighbour Sweden may be better known for entrepreneurship, Norway is now the leading country in the Nordics in terms of investment in startups. Below is just a snippet of some of the many interesting and creative companies that are finding their feet in Norway and beginning to make a name for themselves in the global market.

No Isolation aims to reduce involuntary isolation, particularly among children with long-term illnesses. Their robot, AV1, can act as the child’s eyes and ears in classrooms or other social settings when they cannot physically be there. This way, the child can be in hospital or at home but still be able to hear, see and participate in the classroom. The robot is controlled through an app and allows the user to move their head from side to side, raise their hand and even whisper to their friends.

AV1 is the perfect companion for any child who will be out of school for a long period of time, and it will also make it easier for them to integrate back into their school life once they are well. No Isolation is currently working on developing a similar robot for the elderly.

Construction takes its toll on the environment and, therefore, finding environmentally friendly and sustainable alternatives within the construction industry is becoming increasingly urgent. Kebony have created a coating for wood that transforms sustainable wood species such as pine into hard-wearing, lasting Kebony wood that looks as good as tropical hardwood, performs as well and is much more sustainable.

Kebony wood is suitable for both outdoor and indoor use, and is especially good for decking and cladding. The company’s headquarters are in Oslo, while their production facility is based in Skien, south of Oslo.

In Norway, 30,000 people are injured every year while climbing stairs. AssiStep have stepped in to give a helping hand with this issue by designing a product that helps people climb the stairs. It is not a stair lift, but instead a handle that you can hold on to as you go up and down the stairs.

The product is created for people with limited mobility, giving them the opportunity to remain active and independent. The AssiStep consists of a lightweight handle that is connected to a handrail. The handle allows you to hold on with both hands and lean into it if you need a rest on the way down.

This drone aims to put you in the centre of the story you want to tell, by making it easy to film yourself from a desirable angle. It was developed after its co-founder had spent an epic day skiing with no footage to show for it. He wanted to create a drone that followed him around so that it would be possible to show him skiing rather than what he was seeing while skiing.

The Staaker drone makes it easier to create professional videos. The drone follows a predictive tracking system; and is fast, stable, robust, water-resistant and has a long flight time. The drone has been thoroughly tested everywhere, from Svalbard to Hawaii, and is set to be released in July 2017.

Kahoot! has become a worldwide phenomenon and is now being played across the world. It allows its users to create game-based learning using multiple-choice questions. The game lends itself to a group setting and is often used in classrooms. Each player answers questions on their own device, but the whole game is displayed on a shared screen to unite the group.

Players are now found in over 180 countries. It is free to create and play.

This Norwegian app allows you to rent out your car for the day when you are not using it. There are numerous cars for rent every day on the Nabobil app to suit every need. Every rental agreement comes with insurance that covers damage of up to one million Norwegian Krones (almost GBP £92,000; USD $119,000).

For renters it is an ideal solution for when they need a car for just one day. The renter requests access to a car, and the owner then has to accept them. The owner benefits by having no risks associated with the rental agreement and earning some money from a car that would otherwise have stayed in the garage all day.

The Opera computer and mobile browser aims to keep your browsing safe, ad-free and easy. The secure browser protects the computer or smartphone from fraud and malware on the web. For even better privacy, Opera offers an unlimited and free VPN feature, allowing you to change your browser position on the internet.

Opera is the first major browser that blocks ads without requiring an add-on. It is also very user-friendly and provides some excellent features, including easily navigable bookmarks, tab cycling, and shortcuts that can be customised, as well as a pop-out feature for videos, ensuring that you can always watch a video while browsing or using another app.

nLink have set out to revolutionise construction by building robots that are precise and efficient and customised for working on construction sites. The company was set up after the construction industry went to them with issues they were having on site. The initial robot was built for ceiling drilling, something that is very difficult and can be very uncomfortable and take a toll on humans.

The robots are controlled using tablets and can be set up to perform tasks with extreme precision, using drawings and BIM models. The robots also have a vacuum cleaner connected to them, so the construction site is always kept clean.

Nimber is a peer-to-peer delivery service, with which people who need to have something sent to someone at a different location can connect with other people who are going in that direction anyway. The person could be going by car, train or bus – as long as they have their smartphone, they can browse the app, pick up an item, get paid for the delivery, and then drop it off at its final destination.

It’s an easy way to earn a bit of money for minimal effort, and it can also be cheaper for the sender, as it is a more sustainable option. The company has become extremely popular with its community and is growing rapidly.

Not everyone finds mathematics easy and, if you don’t use it on a day-to-day basis, it can quickly be forgotten. Kikora have developed an app for students, as well as those wanting to revise their maths skills. It allows the user to systematically work through questions and receive continual feedback, so that you immediately know when and where you have gone wrong, rather than just finding out whether the final answer is correct.

Kikora currently includes over 25,000 exercises at varying degrees of difficulty. It can also be used in classrooms, allowing the teacher to easily assign homework or be used for class work. It allows students to learn at their own pace and, so far, hundreds of students have seen their skills improve with Kikora.