10 Norwegian Photographers You Should Know

A place of natural wonder, hip creativity, and mysterious landscape, Norway is home to top talent in the world of photography. From cultural commentaries to escapist dreams, these ten Norwegian photographers are among the best in their field.

Graphic designer, artist, illustrator and photographer Bjørg-Elise Tuppen creates truly ethereal works. In each of her collections she explores different moods and tries to create narratives of “visual wonder.” Her Visual Strangeness collection is a gallery of dreams, each one beautiful and enigmatic. Medusa’s Arrival is a captivating display combining elements of fantasy and reality – graceful, yet threatening. From Above is an innocent childhood reverie with an atmosphere so strong in a tactile manner that you can almost feel the humid air on your skin. Bjørg-Elise Tuppen describes her style as “ever-evolving and seeking”; perhaps this helps her work take on an ephemeral, poetic quality so rarely seen in photography today. 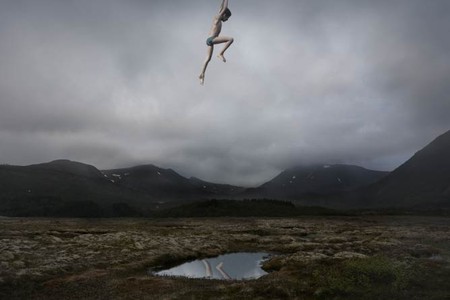 Hitch-hiking photographer Sébastian Dahl imbues his works with a sense of wanderlust and cultural awareness. His Beirut Hippodrome series represents a human refuge amidst conflict of religion. It occupies a site at the heart of Beirut where a green line once separated Muslims and Christians in the Lebanese civil war (1975-1990). It has always been a crossing point between the cultures. Today, all people gather there, regardless of religion, to embrace their common interest and look past their differences. Men stand side by side, a truce at the races, faces turned up in unison. Sébastian Dahl has a great sensitivity to his subject, the place and the people. 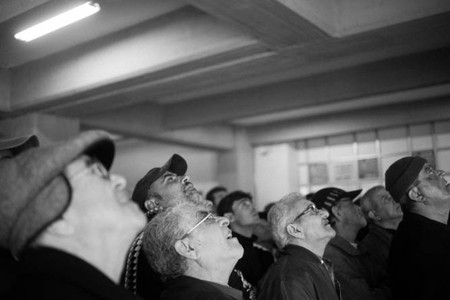 All the Bets are On | © Sebastian Dahl

The “simple, natural and Scandinavian” style of Øivind Haug is authentic and beguiling. Norwegian State Railway documents a journey with honesty and elegance. Each photo is a distillation of Norway — its landscape, its villages and its railway. From mountains drenched in mist to houses amongst pearlescent clouds, Haug shows the true and unaffected character of Norway from the windows of the state railway. Based in Oslo, he photographs across a range of subjects and disciplines. 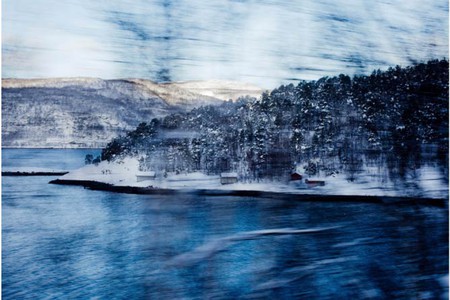 Andrea Gjestvang conveys a great sense of intimacy in her work, especially so in her exploration of socio-political subjects. One Day in History, for example, is a visualisation of memory from victims of the July 22nd 2011 terrorist attacks, including the shooting on the island of Utøya. The photographs are the whispers of personal experience, images of the young people involved – in them, they speak of their own private trials, giving voice to the individual amidst the statistics. The permanence of memory is embodied in scars, tattoos and lachrymose eyes. Seen from the context of the body of her work, Andrea Gjestvang documents the persistence of humanity from survival in harsh Northern climes to the terror of 22nd July 2011.

With an interest in travel and the lesser-known segments of Norwegian society, Tine Poppe’s work is often expressive and exotic. In an exploration of the social, economic and environmental challenge of climate change, she has created a series of darkly enthralling photographs that allow dead flowers to speak. The unfurling of grasping petals and the dancing of slender stems make this as much a work of choreography as photography. Each photo, a eulogy, marks the passing of time and the dusk of a world like Eden. With a background in graphic design, Poppe has picked up a number of photography awards during her career. 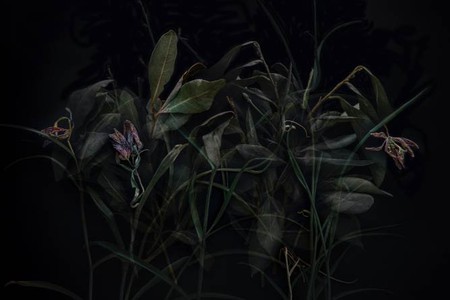 Not Dark Yet | © Tine Poppe

National Geographic photographer Jonas Bendiksen is “fascinated by enclaves and isolated communities.” His works are characterized by their dramatic style and eloquence. Nepal’s Maoist Revolution evokes the environment of secrecy surrounding Maoist movements in Nepal and the isolation of a landscape with few roads, electricity and methods of communication — “prime territory for guerrilla warfare.” Russian Summer tells a different tale, with a Russian family holding a barbecue party. Watermelon, vodka and bright faced women warm the land of snow and ice in a humorous, authentic take on cultural idiosyncrasy.

Erik Almas’ special brand of theatrical stage photography embraces the artifice of fantasy. His landscapes resembling Middle Earth and his role-play portraits also perfectly translate into the mediums of Fine Art and Fashion photography. The Fisherman, brandishing an empty lobster pot, is seen coming in from the sea, dark clouds of storm assemble in the sky as we see a tempest coming, shaping the landscape. In contrast, the serenity of Girl on Lake with the glassy azure water the same color as the sky and the light on the rocks creates a calm antithesis. Each whimsical photograph in Almas’ collection is a fairytale of its own. 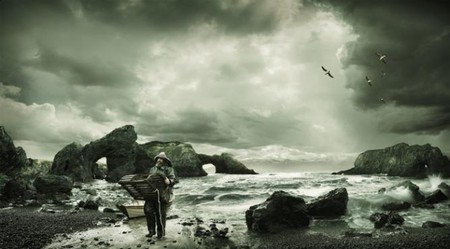 Musings on the passing of time and a deep interest in the roles of women and motherhood are key themes in the works of Marie Sjøvold. Two photographs from Shiver at Twilight — Nevertheless and They Let Me Go — speak of transience: suspended between day and night, light and dark, life and death. The trembling emerald water and reflections of land and sky locate the scenes in other worlds, similar to this one, but timeless and static. Floating pale women, akin to Gustav Klimt’s Water Nymphs, suggest a mysterious story.

Concerned with climate change and humanitarian issues, Espen Rasmussen’s personal projects are captivatingly real. Paradise Lost Ukraine describes how a land of natural beauty has been lost by industry, and all that remains are the beautiful people amidst the concrete. Number eight in the series shows a man disappearing into a darkened doorway, his brown leather coat the only colour in a monochrome world. Rough grey walls crumble into shale as another world disappears. Haunting and poignant, Rasmussen’s works touch upon imagery rarely seen, but often evoked.

From fjords to mountains, the heart of Norway is the landscape. Bård Løken explores severe and majestic natural beauty through his photography of Norsk Natur. Icy rapids that turn into misty mountains, vast golden plains, a distillation of sun, a frozen waterfall made from silk and gossamer — the land of Norway is varied yet enduring. The seasons and weather colour the landscape, reclothing it in verdant leaf and white snow. It’s easy to lose yourself in the works of Bård Løken; they are beautiful and real.