The Best Hiking Destinations In Montenegro 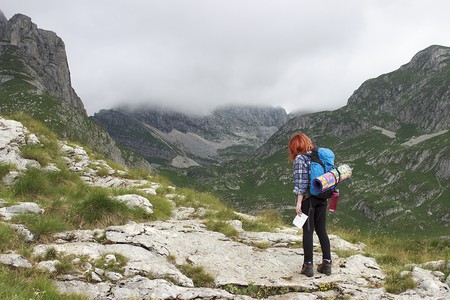 Montenegro is a small country in the Balkans, but despite its size it has an amazing geographic diversity. It’s becoming a big tourist attraction because of its amazing beaches, scenic landscapes and beautiful cities. From the coast up to the northern mountains, there are many places are worth visiting. For those who are fans of hiking, Montenegro will prove itself to be a great favourite. Here is an insider’s guide to the best hiking destinations in Montenegro, from the coast to the north of the country.

Rumija is the beautiful mountain that makes the natural wall between Skadarsko lake (also called “enchanted bird paradise”, it’s one of National Parks of Montenegro) and the Adriatic coast. Here you’ll find remote and sleepy villages, old chestnut forests, forgotten mule roads and the most amazing views to be had of Skadar lake from the mountain. 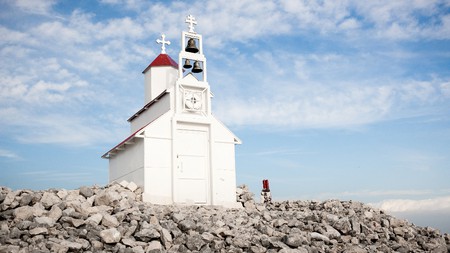 This is one of the most beautiful hiking tours in Montenegro. The beauty of the canyon Mrtvica is quite incredible. The Mrtvica river is situated in the central part of Montenegro and flows into the Morača river. The canyon is deeply carved into the rocky walls of Mountain Maganik. Visiting the canyon is possible all through the year and every season is a story in itself, but the beauty of the canyon in the spring, when the river rises because of the melting snow from the mountains, is almost unreal and something that should not be missed. 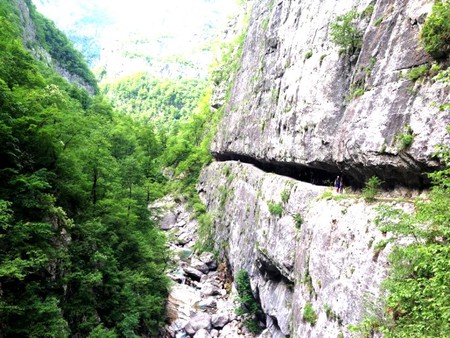 This mountain range is characterised by gentle, round peaks and grasslands, while the large and deep forests on its slopes hide several glacial lakes, of which one, Biogradsko Lake, is the heart of Biogradska Gora National Park. Due to its geological origin, Bjelasica is rich in water, which makes this mountain range different from any other Montenegrin mountains. Pešića Lake is situated under the highest peak of Crna glava. Other lakes are Malo and Veliko Šiško Lake and Ursulovacko Lake. Because of its diverse relief and proximity to the town of Kolašin, a small mountain resort, Bjelasica is a very popular hiking destination. Almost every peak, lake or tour can be reached from different directions, as there are five small towns around the northern part of this huge mountain. 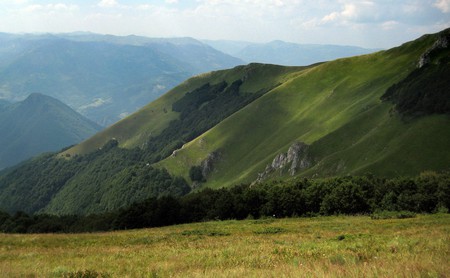 Komovi is the third highest mountain range in Montenegro. It is situated between the Kučke Planine and Bjelasica. It is well-known by its exceptionally beautiful peaks, which are mostly accessible all year round. The highest parts consist of two almost parallel ridges along the three highest peaks of this huge mountain. It is interesting that each of these three peaks is named after one of the tribes that gravitate to these mountains. At the foot of Vasojevićki Kom is the vast plateau of Štavna, known as a starting point for almost all popular hiking tours to Komovi. Vasojevićki Kom is the easiest to reach, while the others tours are longer and more demanding.

This is no doubt the most beautiful mountain range in Montenegro. Only a small part of it belongs to Montenegro, but the heights and beauty of it exceeds all other mountains. The relatively narrow area in the northeastern part of the country, along the Albanian border, hides many secret paths, quite demanding trails, non-climbed walls, glacial lakes and rarely visited peaks. 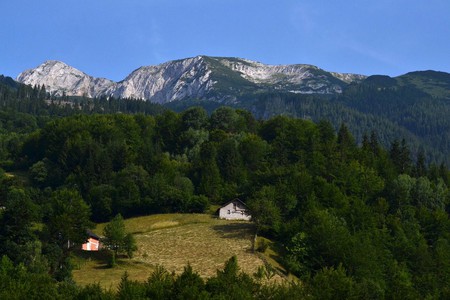 Mount Durmitor, a national park under UNESCO protection since 1980, is the most famous mountain range in Montenegro. With more than 40 peaks above 2000 m. and 18 lakes, many kilometres of mountain trails and numerous steep rocky walls, this mountain range has a lot to offer, from easy hiking tours, more demanding all-day hiking tours, adventure rock climbing on the steep high walls, and ski tour trips on untouched snow. Durmitor is situated in the northwestern part of the country, above the small town of Žabljak and the Tara river canyon, another natural landmark of Montenegro. There are numerous hiking possibilities, from a day tour like the ascent to Bobotov Kuk, Crvena Greda, Medjed or Bandijerna, to multi day tours like the one from Komarnica valley, which covers Dobri do to the Trojni Pass to Žabljak. 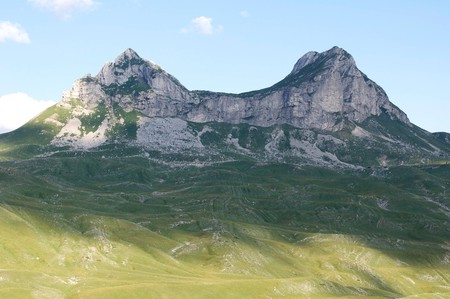