How to Celebrate Christmas in Montenegro 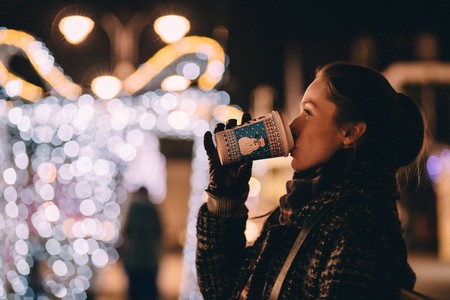 Christmas in Montenegro kicks off on Christmas Eve – Badnji dan. A few days earlier, a man from each household will head off into the woods to prove his worth by cutting down a tree. He’ll then cut it into pieces called badnjaks, one badnjak for each member of the household. The women of the household then decorate the badnjaks with bay leaves and hyacinth flowers, all tied together with red thread.

At sundown on Christmas Eve, the men of the family bring the badnjaks inside and say ‘Good evening and merry Christmas Eve’ while the women say ‘thank you’ and sprinkle their heads with rice or wheat. The man of the house then pours a few drops of wine over the logs and they’re set alight in the fireplace.

Citrus trees grow in abundance in Montenegro, and Montenegrins will also decorate their cars and front gates with orange tree branches. 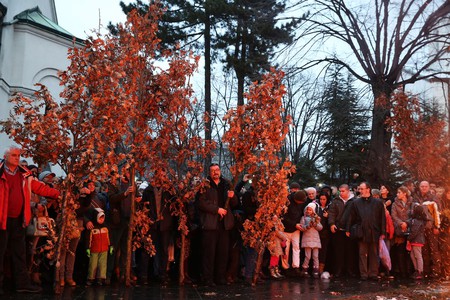 No one even blinks when they hear gunfire in Montenegro. No, it’s a not a side effect of being in the middle of too many wars, but because gunfire is an integral part of any celebration in the Balkans. Whether it’s weddings, birthdays or Christmas, there’s no better way to show your excitement than with a few rounds shot into the air.

On Christmas Eve, shooting is allowed while the badnjaks are burning. After they’re done, the guns have to be put away until the next celebration.

Devout Montenegrins will fast for 40 days leading up to Christmas, but those who can’t last that long will just fast on Christmas Eve. After setting the badnjaks alight, Montenegrin families sit down to a meatless meal that usually includes beans, fish and potatoes. Although there’s no meat or dairy, the food is far from boring and everyone loves panettone and priganice, little balls of fried dough that are flavoured with lemon zest and sweetened with honey. 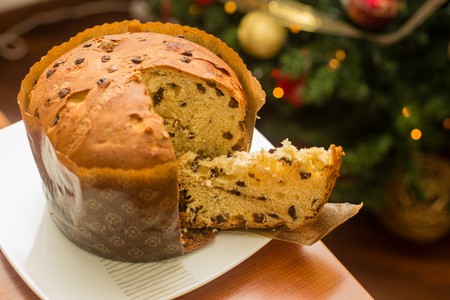 As in many other countries, churches hold a midnight mass and another mass on Christmas morning. Far from being a sombre affair, Montenegrins go to their local church and enjoy catching up with friends and neighbours around a giant bonfire. The male heads of each family take turns at throwing a log into the fire.

Christmas morning starts early. The first visitor to a house must be male, so men are up bright and early visiting their relatives and friends. Never ones to miss a chance to joke, it’s not uncommon for someone to turn up on his friend’s doorstep before 6 a.m. on Christmas Day. The first visitor is rewarded with a small gift, traditionally a pair of socks, towel or handkerchief, and a toast of rakija (brandy).

Christmas Day is for feasting – and Montenegrins don’t do it by halves. To start, there are priganice and dainty slices of cake. Lunch starts with the traditional Montenegrin appetizer of prosciutto from Njegusi, a village famed for its prosciutto-making. There’s also olives, gherkins and heaven on a plate – Russian salad. Russian salad is a mix of peas, carrots, potatoes, ham, eggs, mayonnaise and sour cream.

Then comes the boiled prosciutto, served with cooked potatoes and cabbage. This is many a Christmas visitor’s undoing in Montenegro. It’s enough to have guests loosening their belts and thinking of coffee. They don’t realise they’re just getting started. Roast pork, veal and lamb are next, along with delectable roast potatoes, carrots and fresh lettuce salad.

To top it all off, there are traditional sweets like baklava and strudel, served with thick Turkish coffee. 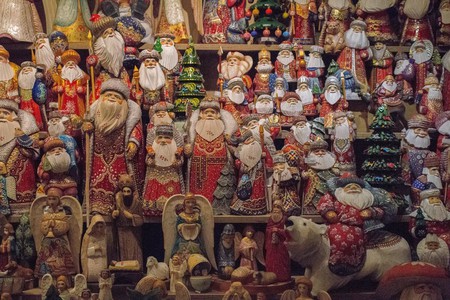 When it gets dark on Christmas Day, it’s time to head out to meet friends. A stroll around Kotor or Budva’s atmospheric old towns is the perfect prelude to a hot drink under the heaters. Or wander along Tivat’s brightly lit waterfront for a dinner of kobasice (sausages) and kuvano vino (mulled wine) in the Christmas market. 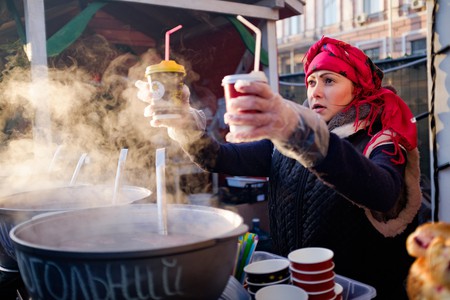