The Bizarre History of Kotor's Fascination With Cats 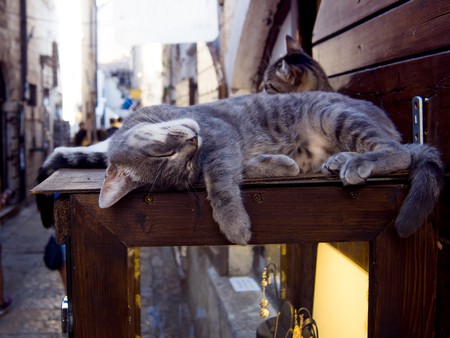 For many cat lovers, getting their feline fix usually comes from memes and YouTube videos. But the Montenegrin town of Kotor is better than the internet could ever be.

Just off the Adriatic sea lies the mountainous coastal country of Montenegro. Full of nature and history, these two aspects unite at its most popular destination – the winding Bay of Kotor. Located in the southwestern part of the country it is a place not only popular with its tourists, but also for its much loved feline population. The historic town of Kotor hosts hundreds of stray cats, but don’t let their homelessness fool you – they’re looked after and adored by locals and visitors alike.

Upon entering the cobbled old town of Kotor, it is hard not to notice the prowling creatures on every corner. The cats all look healthy, well-cared for – not what you would imagine from strays. On closer inspection, you can spot bowls of food and water left by shop owners and restaurant staff, and you can find the most confident cats lounging on the laps of tourists, purring for affection. 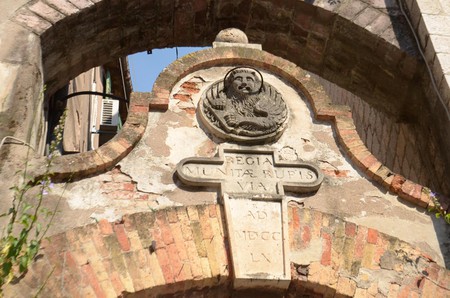 Kotor has an ancient fascination with cats | © Sabrina Faramarzi

Jeroen Dreves, who visited from the Netherlands describes Kotor as the town for ‘real cat-o-holics’.

‘My girlfriend Rianne and I are both huge cat lovers, so during our round trip through the Balkans we had to visit the beautiful town of Kotor. We visited all the cat stores, the museum, and spent lots of time meeting and stroking several cats. Kotor is truly a cat paradise and we are actually considering moving there for good!’ 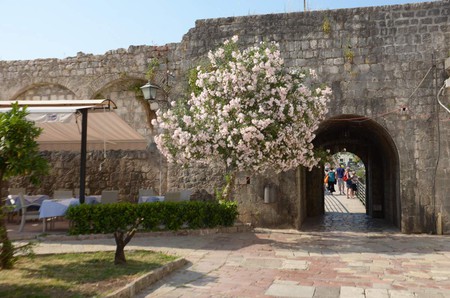 The attitude towards cats is said to have developed from folklore, with the Montenegrin people holding the belief that cats saved the town of Kotor. It is reported that in 1918, during the revolt from the Austro-Hungarian navy, the Slav sailors would bring their ships into The Bay of Kotor, and with that their cats. Because the ships would bring in cats from all over the world, the feline population of Kotor is as diverse as it is extensive.

‘This is just part of legend, but historically the cats appeared here when the sailors were coming back home and they had the cats on their ships. Because Kotor is a town between sea and mountains, there were also lots of mice and rats and snakes, and it was necessary to have the cats in the town to protect it. So cats have become a symbol of good luck for Montenegro,’ says Oksana Troshina, who owns the Cats of Kotor souvenir shop with her husband. 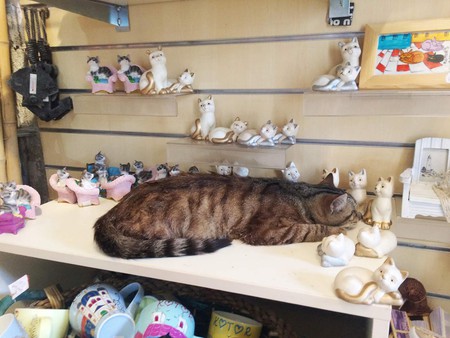 There are many shops located in Kotor’s maze of alleys selling cat-emblazoned paraphernalia, but Oksana’s is by far the most popular. She and her husband set up the shop back in 2012 not just to celebrate Kotor’s cats, but also to highlight Montenegro’s handmade goods.

‘Our idea was to give a chance for the tourists to buy something made here in Montenegro and to be all dedicated to the cats,’ Oksana continues. Also doubling as a charity initiative, proceeds from the store go to feeding Kotor’s large feline population. The cats have really taken to the store and you will find kittens playing in one corner, some hanging out on the outdoor signs and others snoozing amongst the souvenir products. 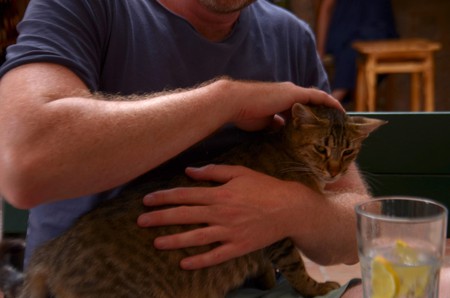 Cats are so ubiquitous to Kotor that they have taken on a symbolic meaning. ‘The official symbol of Montenegro is the Venetian lion, but the cat is like a little lion and is now the unofficial symbol of Kotor because we believe that cats are a sign of good luck!’

Another public initiatives that celebrate its feline population is Kotor’s town square, which has been nicknamed the ‘Square of Cats’ for the large community that reside there. There’s even a museum dedicated to them, and visiting the Cats Museum Kotor costs just €1. Inside there’s a plethora of feline-themed artefacts – real testament to the Montenegrin respect towards its animals.

If you’re a cat lover, then a visit to this purry haven is a must. Kotorians are the closest thing to how we’d imagine Ancient Egyptians treated their cats, so get off that computer and find your feline-loving community out in the real world!