10 Films You Didn't Know Were Set in Montenegro 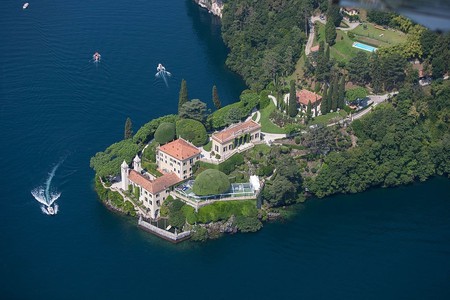 Montenegro’s old towns have barely changed in hundreds of years and are the perfect setting for movie directors attempting to re-create the feeling of old Europe in their films. But it’s not just the cobblestone streets and fortresses, the tiny country’s glorious beaches and rugged mountains that make it an endlessly versatile and popular place to shoot all kinds of films. Here’s our list of nine films you didn’t know were shot in Montenegro – and the one that wasn’t.

“The perfect con is one where everyone involved gets just the thing they wanted.” The Brothers Bloom is an endearing caper comedy about two brothers who work together as con men. The film was shot in some stunning old towns and castles throughout Romania, the Czech Republic, Serbia and Montenegro. Ulcinj’s Long Beach features in the opening sequence, and fans of the movie can dine in the Mexican-style cottage that was built as part of the set on Tampico Beach.

The 2013 classic spy thriller The November Man was mainly filmed in Montenegro, with some scenes in Belgrade, Serbia. The cobblestone streets of Herceg Novi were the backdrop for the action thriller in which former Pierce Brosnan’s character Peter Devereaux is pitted against his former protégé. Scenes with yachts floating in front of Sveti Stefan island and in Perast’s idyllic stone township oozed old-world charm and had audiences leaping out of their seats shouting, ‘Where is that? I want to go there!’

This is remake of the original Papillon, which was filmed in 1973 and starred Dustin Hoffman and Steve McQueen. It’s the story of Henri Charriere, a petty criminal who has been convicted of murder and sent to Devil’s Island, a French penal colony in French Guiana. Henri forms an arrangement with Louis Dega and attempts the impossible – escape.

The film’s producers used several locations in Montenegro (as well as Serbia and Malta) to re-create the prison-island feel. Montenegro’s own former prison island, at the entrance to the Bay of Kotor, Mamula, made the perfect setting for the prison film. Producers also built a large prison replica in the hills of Grbalj, used the stone alleyways of Kotor and Niksic’s old fortress for prison scenes. Ulcinj’s sandy beach replicated the tropical feel of the South American location.

Ralph Fiennes’ 2011 adaptation of Shakespeare’s Coriolanus was filmed mostly in Serbia. In the film, Coriolanus is the unwilling hero of Rome. He defects to Rome’s ancient enemy, the Volsci, who live in Antium.

Fittingly, the ancient hills of Risan, which was the last stronghold of the Illyrian queen, Queen Teuta, before the Romans conquered the Bay of Kotor, became the area surrounding Antium. Kotor, a Venetian walled town, became the setting for Antium. You can see both in this clip:

Savior is a gritty drama about the atrocities the happened during the brutal breakup of Yugoslavia. Although it’s set in Bosnia, the entire film was shot in Montenegro, except for some Paris scenes shot in Montreal. The film had special meaning for the director, Predrag Antonijevic, because he was held as a political prisoner during the war depicted in the film.

Nymph has everything a good creature horror flick should have: pretty girls, plenty of suspense and a killer creature on the loose. But unlike most movies shot in Montenegro, that come for the old towns, Nymph makes use of Montenegro’s buzzing, upscale resorts. The film is about two American girls who come to Montenegro on holiday. The film shows-off glittering holiday hot spots Budva and Porto Montenegro. Then the girls take a trip to the abandoned island of Mamula (against local advice naturally), where they become trapped with a killer mermaid. Warning: Nymph will definitely tempt you to book your next holiday in Montenegro, but may put you off going in the water!

Visitors to Budva will notice a giant bell just outside the old town walls. This ‘golden bell’ was a prop from 1964’s The Long Ships starring Richard Widmark and Sidney Poitier, which was filmed in Budva. At the time Montenegro was part of Yugoslavia and the film suffered from a lot of controversy, because some actors did not want to film in a Communist state.

The Dark Side of the Sun

Brad Pitt in Montenegro? Yes, back in 1988, before Brad hit the big time, he shot The Dark Side of the Sun in Montenegro for a grand total of $1,523 for his seven weeks of work. But as Yugoslavia fell apart and descended into war, the film wasn’t released until 1997 and went straight to video.

In the movie, a group of British soldiers try to break a dam in order to release tonnes of water that will destroy a bridge and cut off a German assault. The bridge used in the film is the Djurdjevica Tara Bridge over the Tara Canyon. Easily one of the most beautiful locations in a country teeming with beauty, the Tara Bridge was itself the scene of an eerily similar situation during World War II. The bridge was blown up by one of its engineers, Lazar Jaukovic, in 1942 to stop the invading Italian army. Jaukovic was eventually captured and killed, but, with the bridge gone, there was no way the Italian could cross the deepest canyon in Europe and he became a hero.

No list of movies set in Montenegro would be complete without 2006’s Casino Royale. Scenes of a train winding its way through mountain peaks, and James Bond convalescing, overlooking a glittering sea, had the world abuzz about Montenegro. But there was just one problem: None of the movie was shot in Montenegro. Instead, those scenes were shot in Italy, the Caribbean and the Czech Republic. To add to the confusion, the Hotel Splendid featured in the movie doesn’t exist, but there is a Hotel Splendid and a Hotel Splendido in Montenegro.